But it is mostly notable since author Akira Toriyama would then follow up with >Dragonball.

The Fox can morph  into almost anything. He usually does so to scare, fool or escape people.

A huntsman hunted Unt-cha’s mother. He claimed to revenge from humans, by stealing from them, fooling them and making them miserable. That was until he met Arale. The innocence of the robot-girl and the kindness of his family when he went to their home disguised as a boy made him change his mind.

Now he is still a thief, but no more tries to cause pain into people. He has even recovered his funny side, that makes him fool and trick anybody he meets.

An anthropomorphic fox with very small eyes, almost a single line. Unt-cha walks naked. The first illustration is her normal fox form, the second an example of a fantastic form.

A joker, a trickster and a lighthearted wanderer.

The Unt-cha Fox is derived from the Japanese mythical fox-spirits. If funny animals don’t exist in the campaign, it could be hard to insert Unt-Cha. On the other side, it’s funnier if the whole Penguin Village is cut and pasted to the DC Universe. No change is needed.

Just remember that people on the Dr. Slump universe is sometimes aware of its comic-bookish origin, that the most usual genre is the Humour one, and that anything is alive inside the Village (from the sun to the mountains…).

Oh, that and the Hypertime  disruption on the place. At the Penguin Village it’s not strange that one day people gets up and everything has changed ; that the “setting” (for so calling it) is different and suddenly the whole Village is in another time (past or future) or on an alternative dimension  (where Arale and her friend Akane are famous thieves or Dr. Slump is a female opera singer).

So, it’s not strange for them to run lots of adventures in the strangest places. As always, the only limitation is imagination.

On the earlier manga version he needed to throw a leaf over his head instead of backflipping. That version didn’t have Acrobatics. 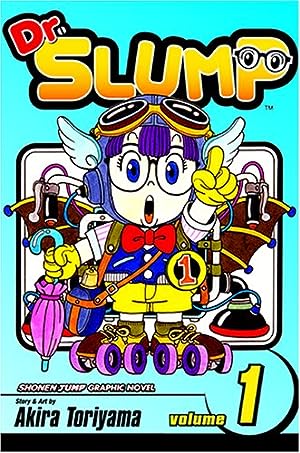 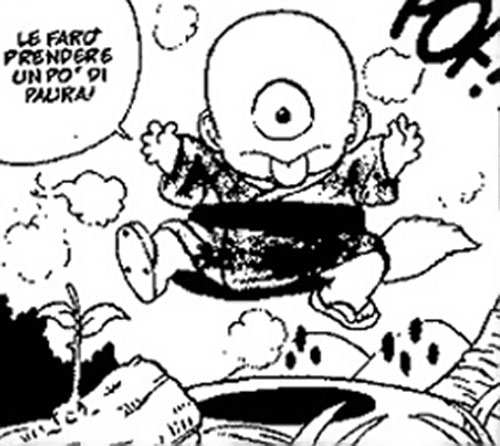