Uri Geller is an Israeli entertainer and self-proclaimed psychic. He was primarily famous during the 1970s.

Perhaps because of his Stan Lee-esque sense of self-promotion, a fictional version of Geller made a… strange appearance in Daredevil, back in 1976.

He’s charismatic, and good at gaining the cooperation of heroes and authorities.

Uri Geller’s parents moved to Israel when he was very young. When he was 3, a silver light in the sky that rendered him unconscious. When he awoke, he found that he was gifted with psionic  powers. He kept developing those.

He made his powers very public. Geller was often tested by laboratories exploring the existence and nature of his metal-bending abilities. He thus became a celebrity, touring the world.

(How that works in the Marvel Universe is unclear. Perhaps Geller invented or experienced a whole narrative about the silver light, with religious overtones. Which would also make it clear that he isn’t a mutant. And heh, perhaps he also gained the power of super-marketing.)

Geller was big on using his powers to oppose villainous telepaths. He thus clashed with other ESPers over the years – including Mind-Wave.

Geller eventually managed to stop this villainous master of the mind when he teamed up with Daredevil (Matt Murdock) in New York City.

Uri talks a lot. A LOT. He always doing exposition about his powers and how serious and civic-minded he is. He tends to call everyone “my friend”. A lot.

Marvel Universe Geller acts and think like a straight-arrow super-hero. He actively cares about the safety of his allies and civilians.

His elaborate patter betrays his nature as a showman. Yet he seems utterly sincere about his Motivation. Mr. Geller will not hesitate to risk his life and engage in fisticuffs.

“I am beginning to sense something, my friend. There are definitely some strong mental vibrations… wait, my friend, wait ! They’ve suddenly become overbearing — a sharp mental charge of mental energies ! By Canal street — near the Bowery !”

“What are you do…?!? Ah, I see now. Very crafty, old friend… a laser ray surrounding Daredevil, locking his mind in place. Ingenious ! I see you’ve improved since our last meeting, as well. But, these technological improvements will mean little in prison. The delicate wiring is coated in metal… quite easy to snap, — if you know how. Circuit cross-over… building to… overload !” (KWAMMMM) 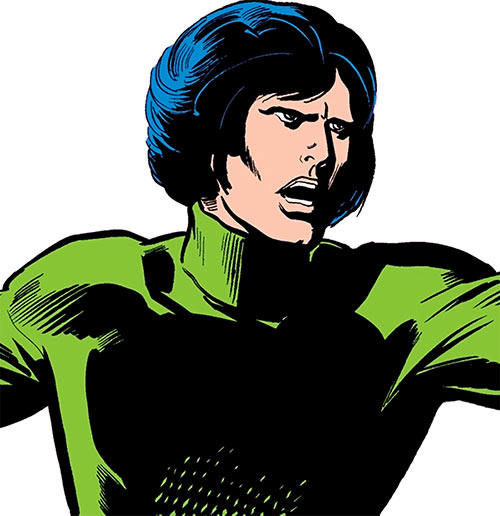 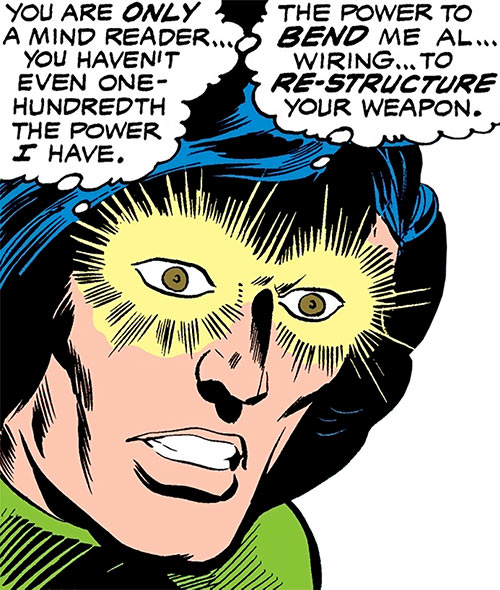 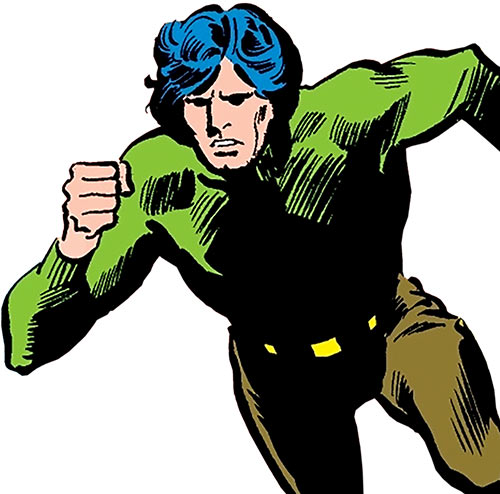