In any case, it’s all about flesh-eating aliens versus macho 1980s tough guys accompanied by pompous music… it has got to be good! Plus, this profile fit well as a homage to the original series since a remake was being broadcast when it was written.

Mike Donovan is an omni-competent freelancer reporter specializing in video. Having acquired several skills during his many journeys, he knows many things and is a very capable combatant. He has even been shown capable of dodging point blank machinegun fire (!).

All in all, a very capable resistance fighter.

The so-called Resistance Movement are separate groups of partisan fighters against the Visitor occupation all around the world. It sprang into existence the moment the Visitor’s true intentions became known.

The television station called the Freedom Network led by Howard K. Smith in New York functions as an informal communications channel of the actions of the Resistance Movement. The ultimate goal, of course, is to remove the Visitors from Earth and to end the war.

Whenever the Resistance gets an opportunity to strike at the Visitor invaders they hit back. Sometimes they even do daring missions to their motherships (during which they will wear a small apparatus at their vocal cords to simulate the distinct vibrato of the Visitors’ voices).

The Resistance is all that stands between us and the Visitors.

The Visitors disguise themselves with artificial, human-like skin over their scaly green skin and wear red uniforms. Use standard thug stats for most visitor soldiers. Not everyone of the Visitors agree with their directives of the Leader and so a secret rebel faction, the Fifth Column exists.

The Fifth Column will aid the Resistance to end the war.

Significant visitor fleet ships are the mother ships, skyfighters, squad ships, transporters, tankers and the particle beam Triax. Naturally, the Visitors have other advanced technology, for example advanced mind control technology, cloning machines and so on. Their generic blaster  pistols are cobalt-powered.

When the Visitor Fleet first arrived, Donovan was in El Salvador covering the rebel fighting there. As a journalist cameraman who had covered war stories in Southeast Asia, the Middle East, and there in Central America, he had been part of too many revolutions to believe the Visitors’ promise of peace and prosperity.

When the conspiracy of scientists was revealed, Donovan spotted a pattern familiar to him. 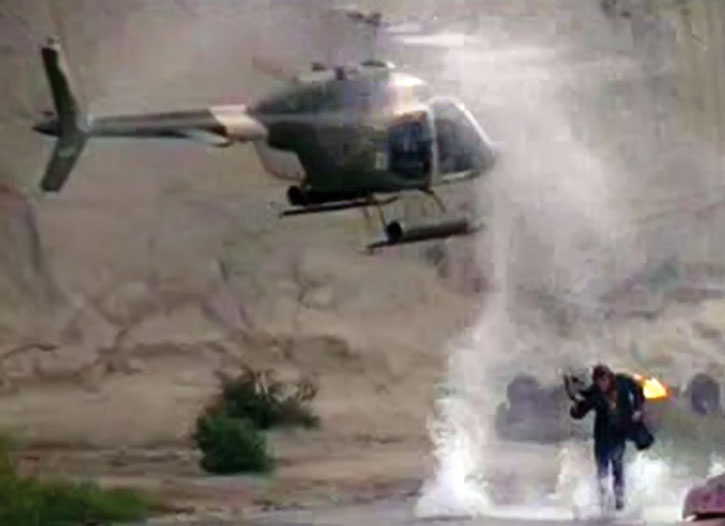 Donovan could have investigated the Visitors in any part of the world but chose Los Angeles, where his son lived. When his son was subsequently captured by the Visitors, it prompted Donovan to sneak aboard the mother ship. Donovan taped footage revealing the true nature of the Sirians, and learned of the actual intentions of the Visitors.

Taking this information to a small embryonic resistance group, he became part of a mobilization against Visitor activity. Although Donovan gains the friendship and trust of certain Visitor fifth columnists, he gains an even greater enemy in Diana, who realizes a personal vendetta against the Resistance leader.

Donovan has since fought the Visitors as a partisan fighter, and most often teams up with his old enemy, the rather ruthless mercenary Ham Tyler. Donovan has risen to become the de facto leader of the Los Angeles faction of the Resistance Movement. He fights hard, one battle at a time, to get the Visitors off the planet and free the Earth.

Mike Donovan appears to be a free spirit and a man of action in great shape. He usually wears jeans, a t-shirt, a jacket and some sort of firearm. 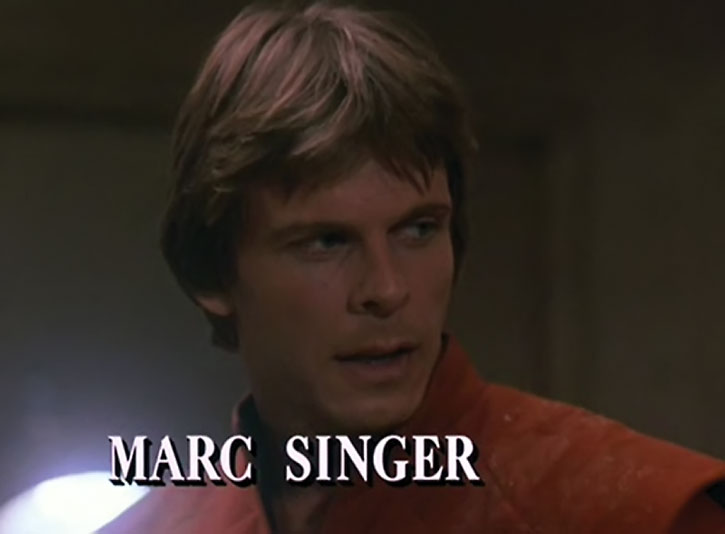 Mike is a believer in principles and in doing the right thing. He enjoys adventure and working as a reporter in various hotspots around the world, personally filming all the action. That fits him perfectly.

His heroic demeanor is made clear by the fact that he talks in something of a typical, confident tough guy manner. Keep in mind that although it is considered cliché now it wasn’t cliché back in the 1980s. He seems to be as much at home as a partisan fighter as a reporter in warzones. 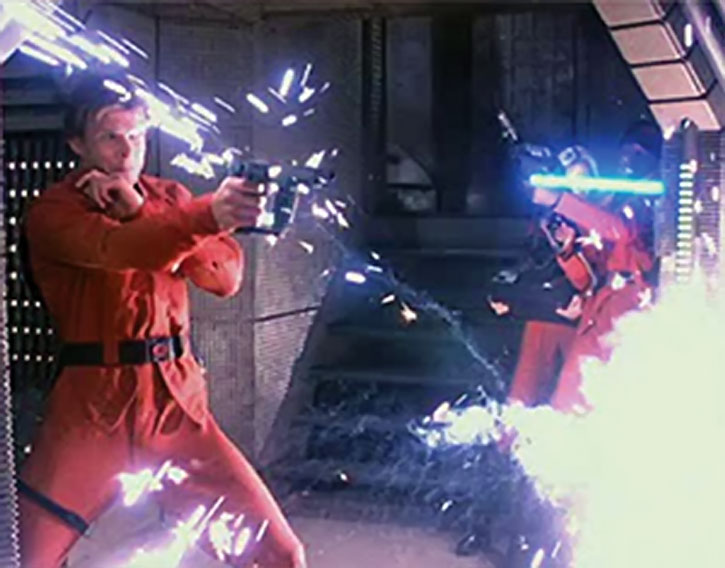 Having seen much of the crap the world has to offer, he immediately distrusted the Visitors. When their true agenda was revealed, he immediately joined the Resistance Movement, only to later become the leader of its Los Angeles faction.

His main motivation for fighting the Visitors has been to liberate his son from their care. First, from physical confinement and then from the brainwashing he had received. After that Mike intends to send them all packing any way possible.

We come in peace

Peace is the main goal. He is far from cruel or a casual killer, but will readily defend humans under attack by swift lethal force. He is on good terms with almost all the freedom fighters, and seemed at a time to be romantically involved with Dr. Juliet Parrish, the previous Resistance leader. 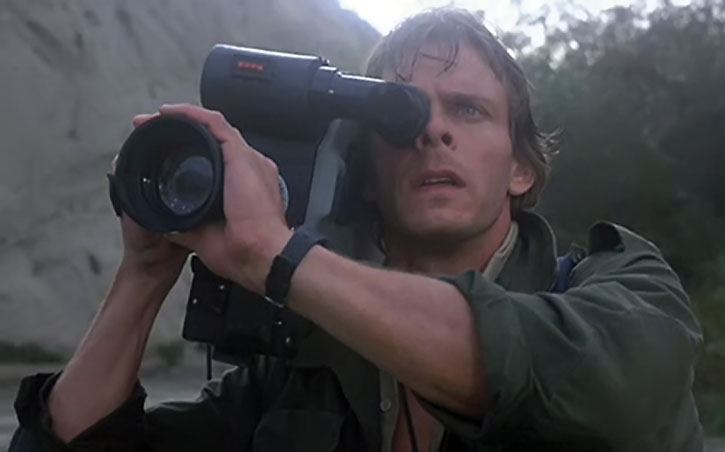 Donovan also was a friend of Martin, one of the leaders of the Visitor 5th column group, and later his brother Philip.

He most often teams up with Ham Tyler, who is his polar opposite in several ways. They do not really like each other, but they have learned to respect each other’s abilities. Mike is sometimes a bit shocked by Ham’s brutality. But they share a sort of caustic sense of humor.

They constantly bicker and taunt each other to keep focused. They regularly disagree on tactics and combat strategies during missions. However, somehow they manage to be super-effective on missions together, and are a force to be reconned with.

(Passing by an invasion in a car) “Turn this around. Let’s sort this out.” (Guns down a group of visitors) 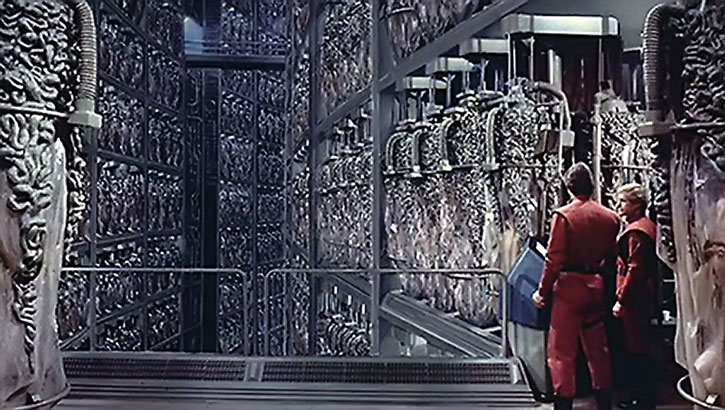 5th Columnist: “Philip was a great warrior on my planet.”
Mike Donovan: “We are not on your planet now. We are on mine.”

Most non-named Visitor troops will have the stats of standard thugs, plus a blinding acid attack (Flash: 03 or so, usually made as a Blindside Attack unless the targets expects this, useable only against Grappled opponents). 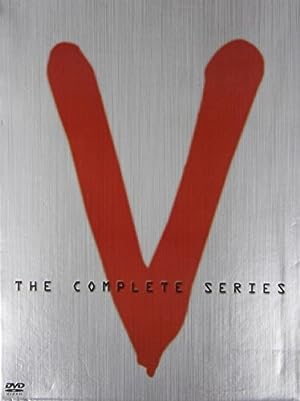 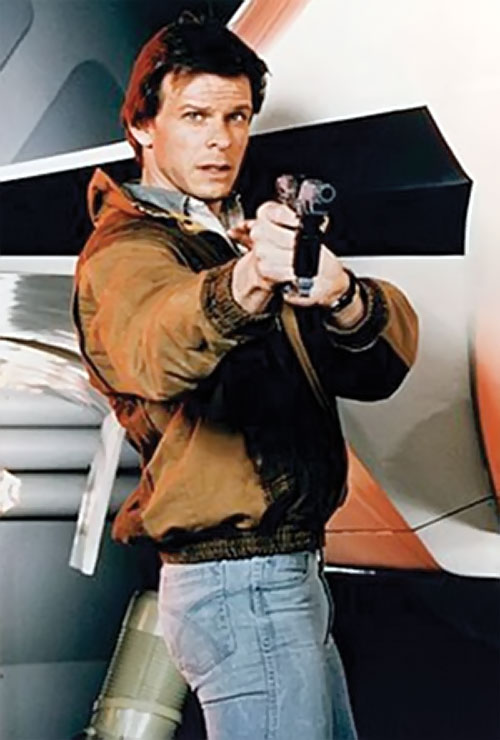 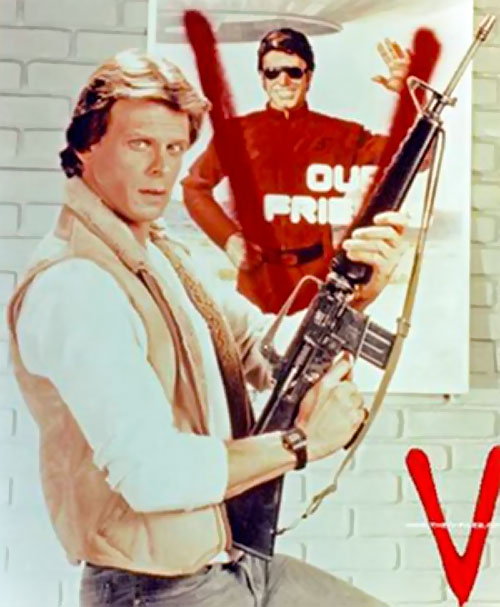 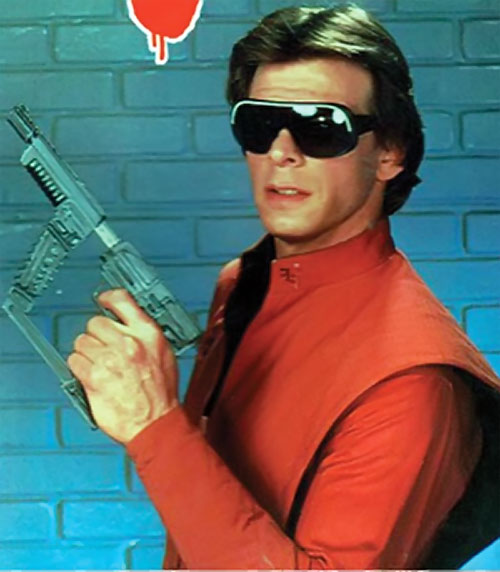 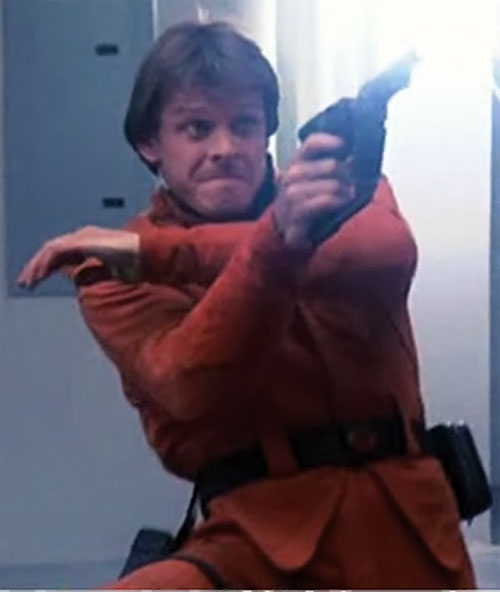 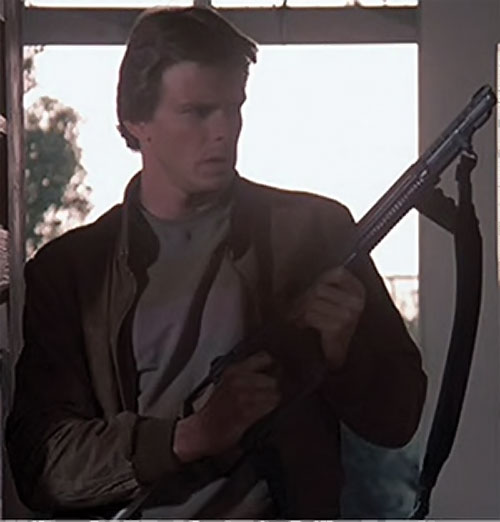 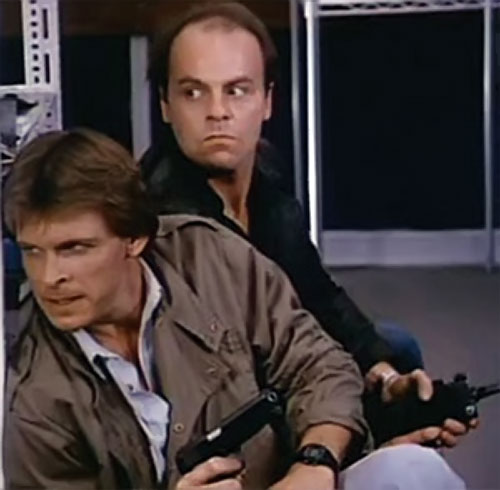