Vakume is clad in a sort of armor, and can make himself intangible.

His main attack ability is his ability to remove the air from a given area. The rules for drowning are given on p105 (column b) of the 3rd edition rulebook.

His history is shared with the rest of the team. See the entry for, say, Vertigo.

Vakume either wears a suit of flexible armor, or has armor-like skin. The colour of this “suit” is gray/purple, and he has a sort of “helmet” that looks roughly like a Checkmate knight’s. He has purple briefs, and purple bands around his forearms and legs.

Like the rest of the Seven, Vakume is a heartless, methodical warrior dedicated to Nicholas Scratch.

Unlike many of the others, he’s rather thoughtful and insist on teamwork. He rightly assumes that the Seven work much better as a team than a horde. To him, ego trips are a waste of time and energy.

There’s no need to retcon anything. Simply have Scratch drift in the Dark Realm until he comes to the fringes of the DCU, and have him summon the Salem’s Seven to rebuild New Salem in this new dimension. How his attempts at building a town of mystically-altered beings would interact with the DCU’s mystic community is an interesting question.

Sentinel would be a nice choice for his initial arch-foe in the DCU.

Bonuses and Limitations:
Air control is restricted to flushing the air out of its area of effect (-3). 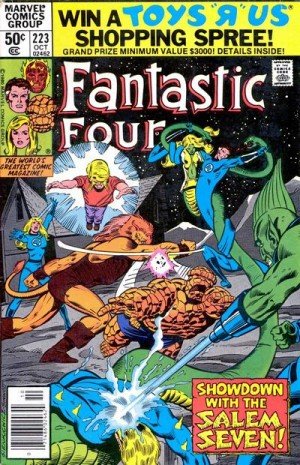 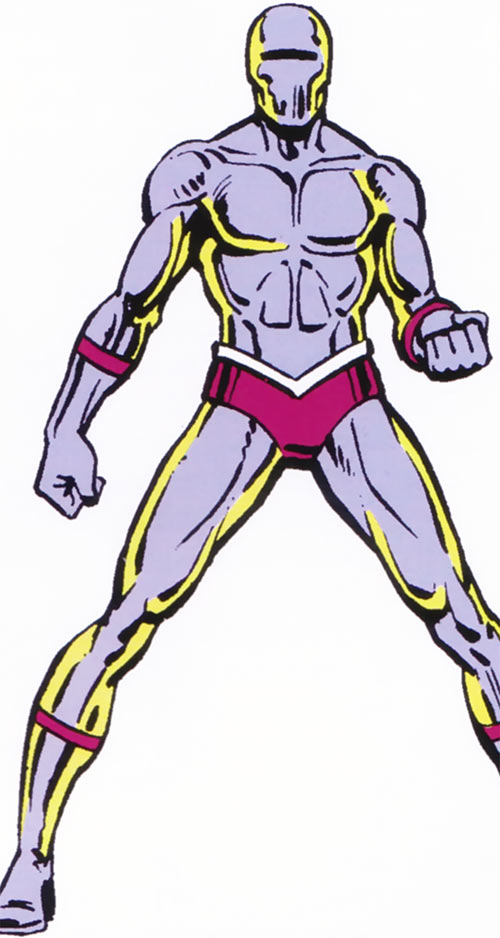