Vampyre is apparently truly a member of that breed of undead. He requires blood for sustenance at an unknown rate, and is sent into a coma-like sleep by the rays of the sun, unless heavily shrouded from it.

His incisors have been enlarged and sharpened into retractable fangs, while his body has been purged of all body fat, with far greater muscle definition than any human.

His physical performance levels are superhuman, and he is strong enough to lift several tons.

On mental command, he can cause huge gouts of blood to spray from his back, which solidify into a pair of batlike wings. These wings allow him to fly at speeds of up to 140 miles per hour, or more if diving. When retracted, the blood seems to flow back into his body.

Besides his physical abilities, Vampyre is known to be able to transform into an ectoplasmic mist. In mist form, he is as untouchable as Ghost, and can pass through solid obstacles, and float at a rate of up to 30 miles per hour. Unlike Ghost, he cannot affect the physical world in any way while ectoplasmic.

The last power demonstrated by Vampyre to date has been the ability to assume mental control over others, which can be extremely difficult to resist. When used on either his teammates, or any other form of undead, this control becomes noticeably stronger.

Vampyre may have other abilities and weaknesses demonstrated by classical vampires, but they have not been demonstrated or disproven yet.

Originally a mercenary named Donovan Yorkshire, he answered a call for mercenaries and others to show up at a warehouse in Denver for potential employment. There he discovered it was designed to create an army of troops to be a re-created Doom Guard. And that he was to be one of its commanding officers.

He does not dwell upon it, though, because he knows that whatever he was in life, he is far much more in undeath.

Unlike the other Undead, Vampyre is inhumanly handsome, almost resembling a dark god. If he keeps his wings retracted, he could easily pass for human as long as his eyes were hidden behind sunglasses.

When not hunting for victims, he wears loose, baggy red pants, and black slippers.

A cunning, dramatically evil individual, Vampyre bides his time as Black Blade’s lieutenant. Though he may not be the most powerful of the Undead, he is unquestionably the most dangerous. He has long term plans that lay far beyond his time as a ’mere flunky‘.

“Come, come, who would challenge me for domination of the night ! Who would face a vampire at the height of his power ? I have fed recently, and now I thirst for battle !”

The Undead could fit almost anywhere, trading their allegiance to the League of the Tomb to any appropriate necromancer. 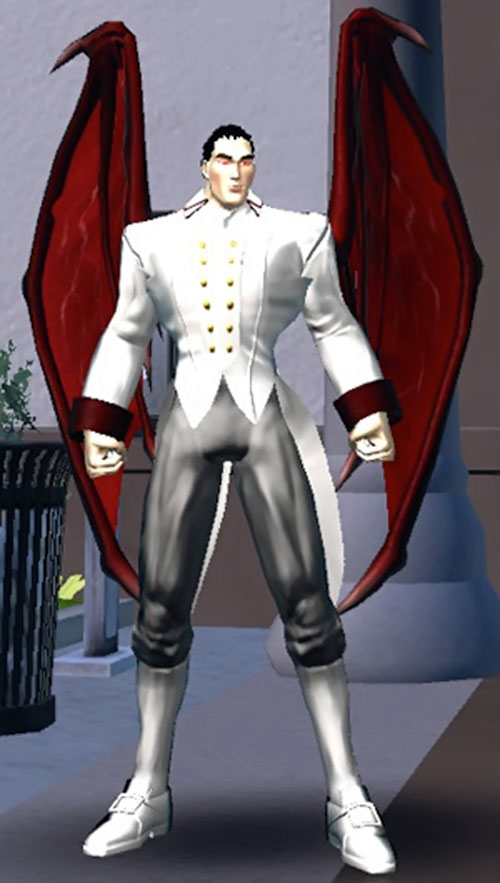 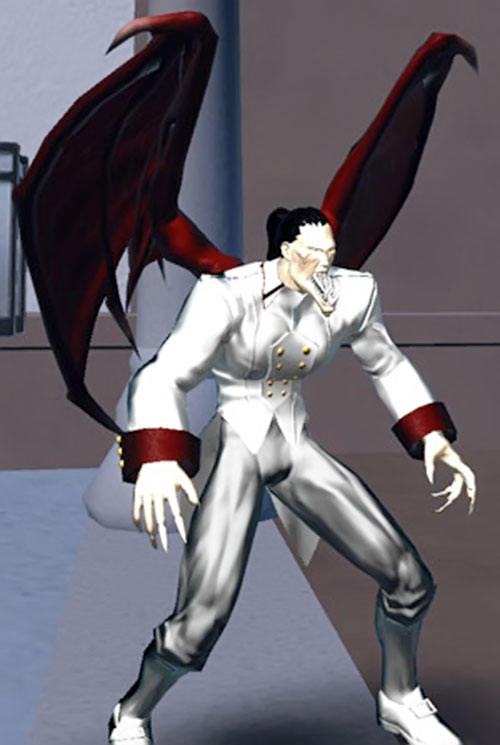