Ann Darnell aka Vapor can turn her body into any type of naturally occurring gas.

As such, she mimics the effects of the gas she chooses to turn into. She commonly turns into very powerful sleeping gas, corrosive gas and sleeping gas, capable of affecting even the Hulk.

However, since she gains all the properties of the gas she turns into, she can also be forced to chemically react with other substances that normally would react with the type of gas she is mimicking. For example, she can be mixed with oxygen when she is in a hydrogen state, turning her into water.

As a side effect of turning into gas she is immune to all normal physical attacks, but can be dispersed by powerful air currents.

Before becoming Vapor, Darnell worked as a technologist and was an accomplished scientist and biologist.

Vapor’s history prior to being recruited as a technical specialist by the industrial named Simon Utrecht has yet to be revealed.

She, along with her brother, James Darnell, was among the small group led by Utrecht to simulate the crash that gave the Fantastic Four their powers.

The experiment got interrupted, and the team members received other powers than originally planned for. Joining with the others to form the super villain group, the U-Foes, Ann Darnell remained with the group ever since. See the Vector character profile for more details.

Vapor remains in custody as of this writing.

In her human form Ann Darnell appears to be a rather well-trained woman with green eyes and brown hair. While on a mission she wears some kind of aerobics suit. In her gaseous form she appears to be colored gas swirling around with just the head barely visible.

Vapor is simply a cold-hearted mercenary. She seemingly prefers her gaseous form and enjoys using her powers to their full extents.

She obeys orders without questions, but actually has a curious streak.

Mostly she overestimates her immunity to physical damage making her vulnerable to attacks directed against her gas forms.

She holds a weak spot for her brother, X-Ray, but this is mostly not a concern.

A big problem is that she tends to tell her plans in advance to her foes, which of course gives them the opportunity to act upon that. Her attack plans are rather simple: use tear gas, mustard gas, acid gas or hydrogen gas, whatever fits. 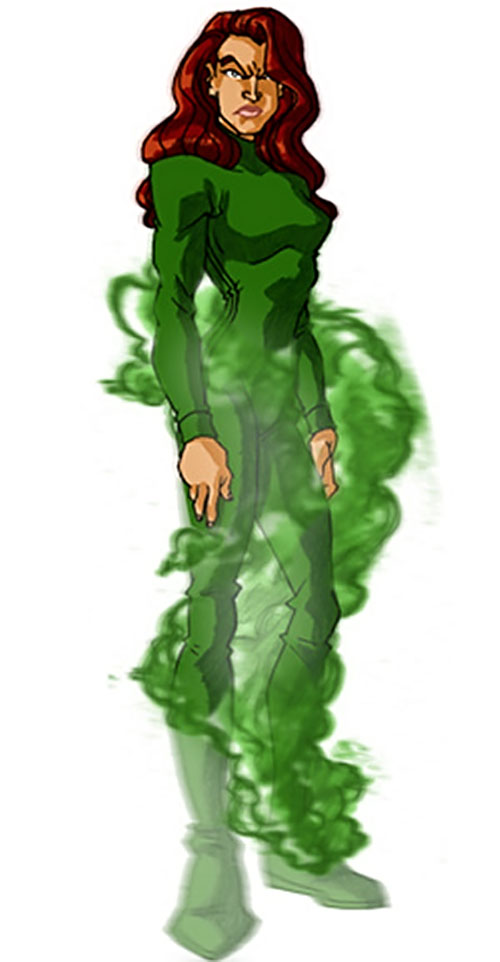 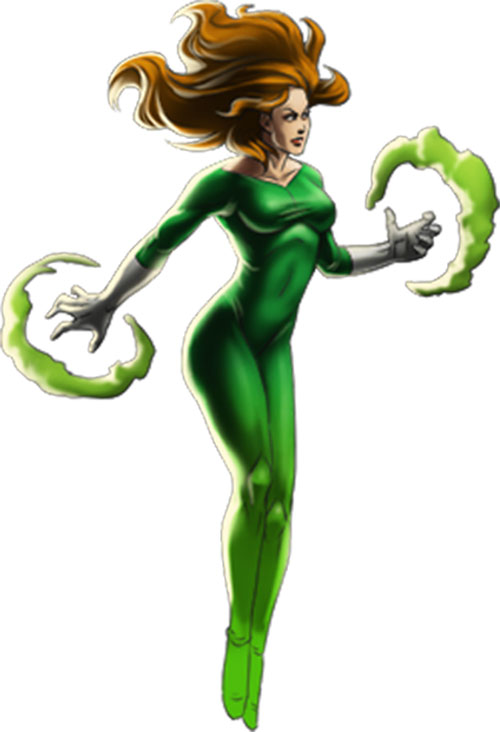 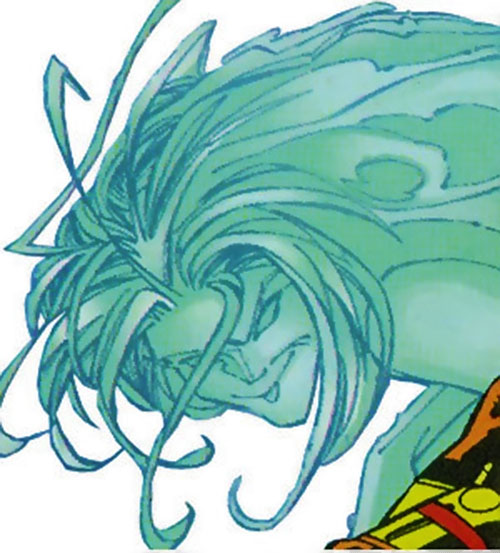