Vector’s body is covered in a strange yellowish substance with strange designs. He is able to telekinetically repel any object (within a certain area) away from himself. He is also able to change its force of velocity.

His power is so great that he can even repel the meat from the bones of his enemies in what looks like waves of mental bolts.

Furthermore, he is able to fly by “repelling” the ground beneath him.

Simon Utrecht is an accomplished businessman and able leader. He is also a good public speaker.

Millionaire Simon Utrecht was a successful industrialist. Howbeit, he was unsatisfied with the power his wealth could give him. He sought the same power as the world famous Fantastic Four had harnessed and decided to do the same space trip that they had taken.

Utrecht financed the private construction of a spaceship. As his crew he hired the pilot Michael Steel, the life-support specialist Ann Darnell and her brother the fuel propulsion engineer James Darnell.

On Utrecht’s orders the spaceship was constructed. Unlike the Fantastic Four’s ship, it was completely without shields against cosmic rays. Utrecht thought that by this they could acquire even greater powers than the FF by taking a larger dose of radiation than they had ever done.

They went on to their planned flight into the radiation belt, but Dr. Bruce Banner stumbled upon their control center down on Earth. Thinking that they were in trouble he ordered the rocket back home again. Upon landing again at the base the crew came out and the effects of the trip were very visible:

They assumed the names of Vector, Ironclad, Vapor and X-Ray and formed a team, the U-Foes.

Emerging from the wreckage of the spaceship they blamed Banner for cutting short their exposure to the cosmic rays and tried to kill him. Banner however transformed into the Hulk and the battle went on. During this battle the U-Foes powers continued to increase beyond their control.

Thus their first battle with the Hulk ended.

Up in the atmosphere X-Ray absorbed more cosmic rays and eventually increased the control over his form. He then rescued Vapor and Vector and boosted their abilities. Thereafter he irradiated the area in which Ironclad had sunk, which granted Steel sufficient control to return to the surface.

They again went after the Hulk, who was now being controlled by his Banner persona, and overpowered him. Sadly for the U-Foes the Hulk was helped by the alien Bereet and Rick Jones. Rescued, Banner defeated them all turning them over to the authorities.

The U-Foes were placed in containment facilities with nullifying properties neutralizing their powers. Later on, the neutralizing field was breached and the U-Foes’ powers returned to them. The return of power was however so violent that Vector accidentally propelled them all into the other dimension.

Part of the scene

After this they disappeared for a while. They turned up quite recently working as hired muscle for the Master of the World. As such they came into conflict with the new Heroes for Hire.

In order to prevent the U-Foes from potentially revealing any of his plans, the Master betrayed them and placed them all in comas. When they awoke from their comas they were placed in a super security prison.

This prison had an outbreak engineered by the new Masters of Evil, later the Thunderbolts, in order to free the villainess Moonstone for membership in the Thunderbolts. During this coup the T-Bolts had to defeat around 5 times their own numbers of fleeing supervillains, including the U-Foes. As of this writing they again remain in custody.

Simon Utrecht was permanently transformed into Vector and is bound to this new shape.

Vector has a yellow filmy substance as his skin, no clothes, is quite tall and slenderly built. All over his body are symbols of moons, stars, bands of energy and so on. His entire face is covered by the large letter “V”. His eyes are completely white and both his ears appear to be just small protrusions from his head.

The impression is that he consists out of a “painted” cosmos and is no longer human, but rather superhuman.

Vector alias Simon Utrecht used to be a rather stern and ruthless businessman. After his transformation into Vector he became semi-sane and is more power-hungry than ever before.

This villain revels in his superhuman abilities and he actually has found several uses for his lone power, the ability to repel objects. He is rather intelligent and a competent leader, but his greed, hatred of the Hulk and general power lust combined with a little insanity most often lead to his defeat.

He gives orders very firmly to his teammates and there is no doubt to who is the leader as well as brain of the gang. Sometimes he actually tries to attain his team’s goals by talking. But most often he will use the full extent of his powers, enjoying that tremendously with a big smile on his face, as he finishes his opponents.

He believes himself superior to the other members.

Drawbacks:
MIA (Destroying the Hulk), Misc. Drawback (A sudden influx of cosmic radiations may cause strange effects on his powers, that are usually harmful to him (such as repelling his body away from Earth, repelling the air around him or repelling him and the other U-Foes in another dimension, 25 pts)), Public Identity, Serious Psychological Instability, Strange Appearance. 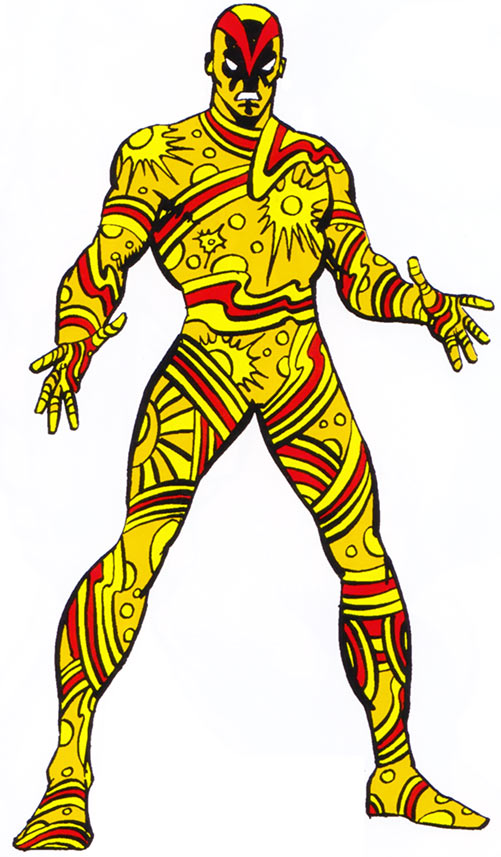 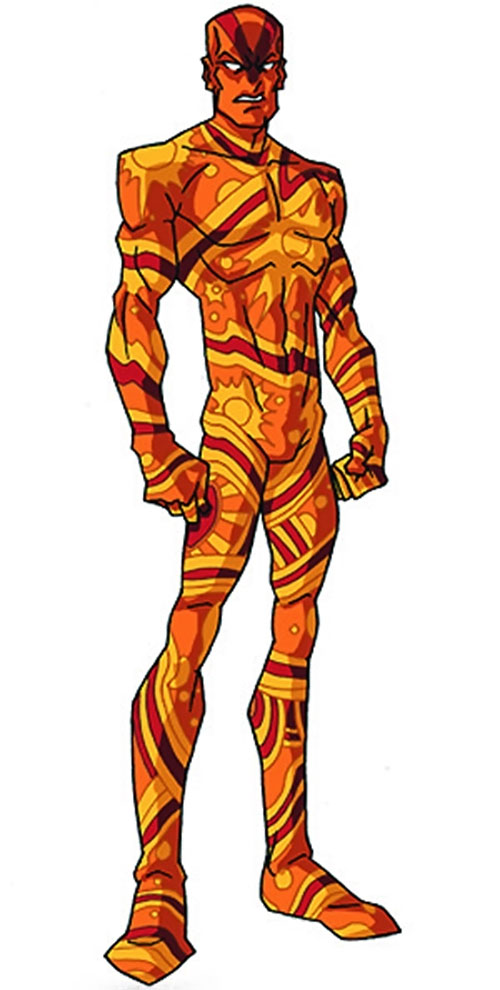