These characters are from the Street Fighter brawling video games universes. They are a brainwashed-into-robotic-behaviour team of assassins.

They occupy an interesting niche since they are semi-faceless thugs, yet they have the means to credibly engage the superhuman fighters in the setting (especially if they gang up).

All of the dolls are teenage girls around the age of 16 from all over the world that were kidnapped, brainwashed, and trained as assassins to serve M. Bison. They’re all pretty competent individually, but they’re really deadly as a team. 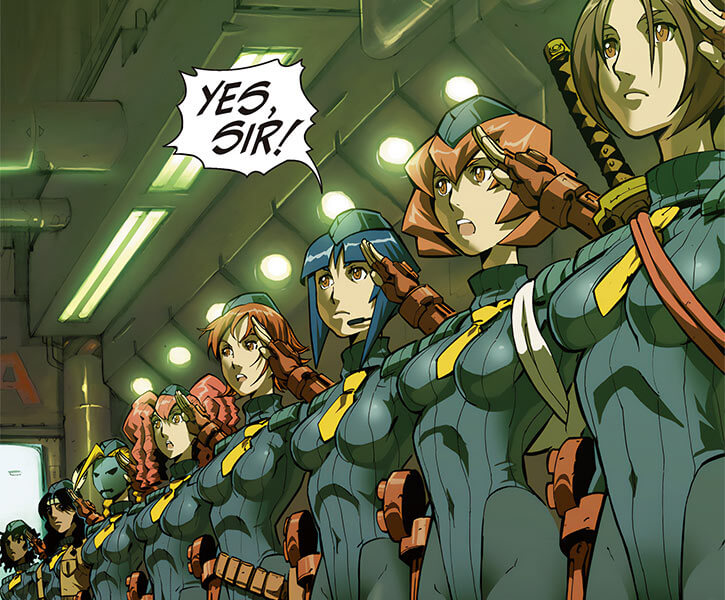 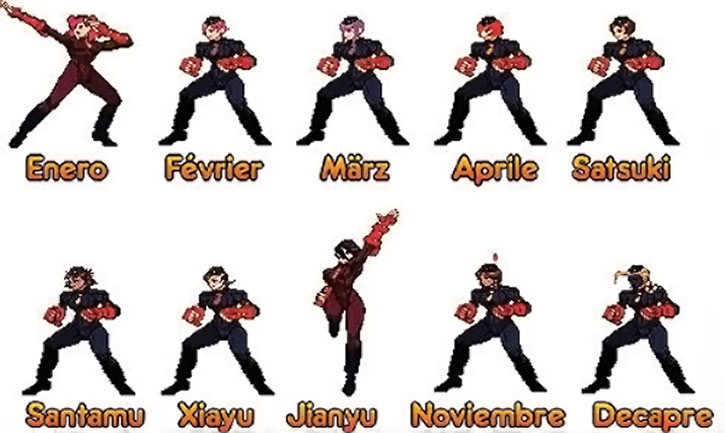 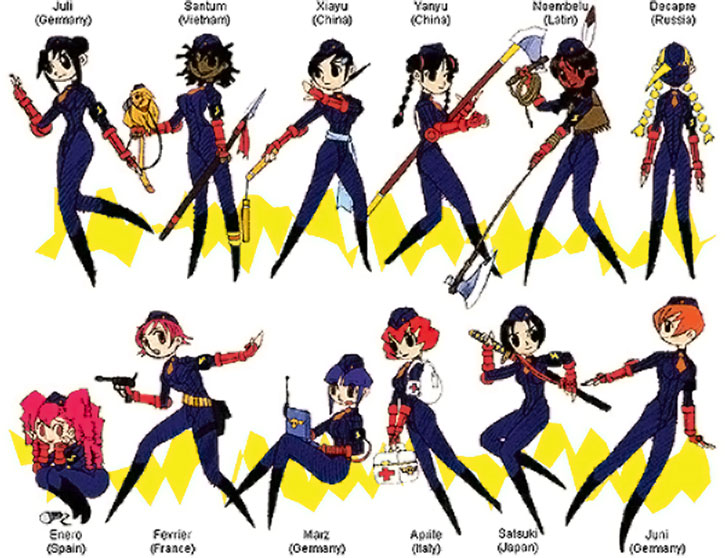 None. They are robots and speak as such and will blindly follow orders — at least until Bison tries to kill them and then they actually manage to show enough self-preservation instinct to be able to defend themselves.

Note:
The dolls don’t have Resources APs per se. They are essentially robot slaves and they get whatever they need for a mission and nothing more.

Notes:
Those are the dolls’ basic abilities. Each doll has the following special abilities added to the above stats.

She’s the doll of January and hails from Spain. She’s the team’s communication expert and she has pink poofy curly hair. She also carries a microphone. 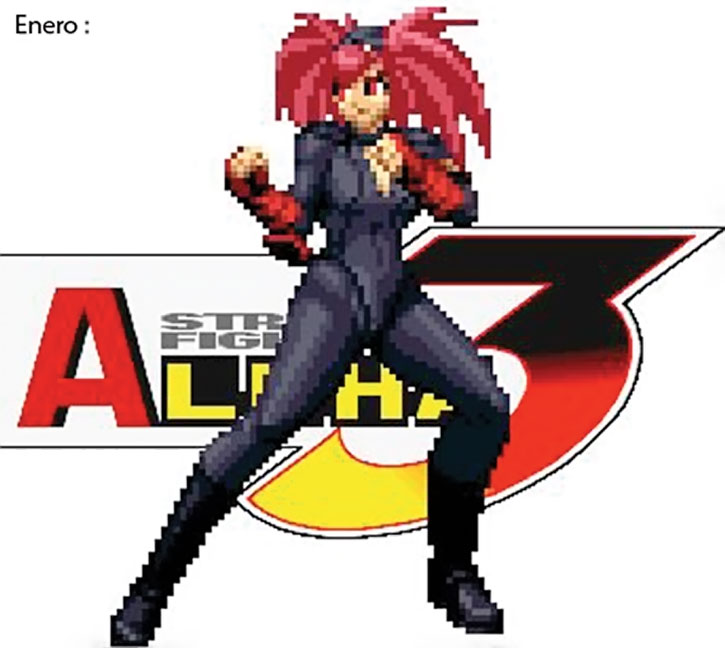 She’s the doll of February and is from France. She specializes in firearms and carries a pistol with lots of ammo. She has short pink hair.

She is from Germany (which makes her the third doll to be taken from there) and her name also corresponds to March in German. Her trademark is a laptop with the Shadaloo logo on the back and a wire connecting her PC to her right glove as well as a headset. She is the team’s information expert. She has bluish purplish short hair with straight twin bangs.

The Italian and the doll of, uhm April. She carries around a white first aid kit as well as having a similar backpack. Her gloves also have the Red Cross symbol on them. She also has a brother named Maggia looking for her who begged Rose to help him find his missing sister. It’s entirely possible that Rose
fought her instead of Juli.

Medicine: 06, Language (Italian), and any sort of medical supplies she would reasonably have in the field.

From Japan. Her name is actually really archaic way to say May in Japanese — back when Japan actually had original names for months rather than literally saying first month, second month, etc. She carries a katana strapped to her back.

Juni’s got her own full profile. See that instead.

Satamu is the doll of August. Her origins are disputed. It’s possible that her name is Vietnamese, but her name also corresponds to several African languages.

An African origin seems more likely since she has rather dark skin tone and her anklets look to be of African origin. (Elena the only other character in the Street Fighter universe of direct African origin) wears similar anklets. Her weapon is a spear and she has a small pet monkey with a collar and a leash.

Bonuses and Limitations:
Shrinking is always on and already factored in.

Xiayu is from China and is the doll of September. She has a blue sash around her waist and uses a pair of nunchucks.

She is also Chinese and it seems likely that she would be partnered up with Xiayu. She looks like a young Chun Li except that her hair bulbs are smaller and they have braids hanging out of them. Her weapon appears to be a quarterstaff.

Noemblu is most likely the girl that T. Hawk is searching for. She’s listed as being a “Latin American woman.” She may hail from Latin American, but her ethnicity is obviously Native American since she wears the stereotypical headband with feathers in it as well as a brown vest (either that or she’s a very confused wannabe!).

Her weapons are a pair of tomahawks with cords attached to them and connecting to her wrists. Judging from the artwork she seems to be quite adept at throwing them even whilst jumping as well. 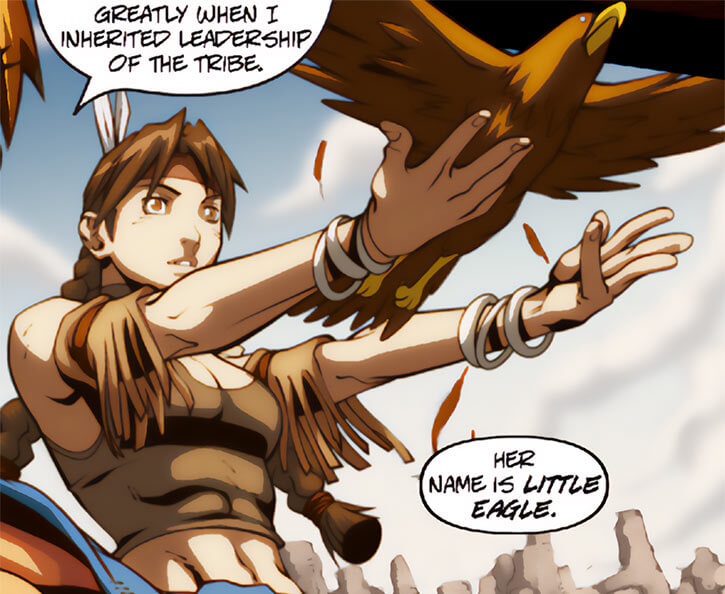 She is the final doll and hails from Russia. She looks exactly like Cammy at least according to skin tone and hair color. Her face is covered by a mask identical to Balrog’s except that hers is black. She also has claws similar to his except that they are smaller and she wears them on both hands instead of one.

On the twelfth doll of Christmas, Lord Bison gave to me

Both Juli and Juni fight a lot better as a team so it seems likely that the other dolls would as well. This actually goes a step beyond having the Fighting Array Schtick since they seem to gain new powers when they’re in close proximity of one another.

The most likely upgrades would give them Regeneration: 02, and up Acrobatics to 10, and Adrenaline Surge jumps (no pun intended) to 05 and works with Martial Artist as well. 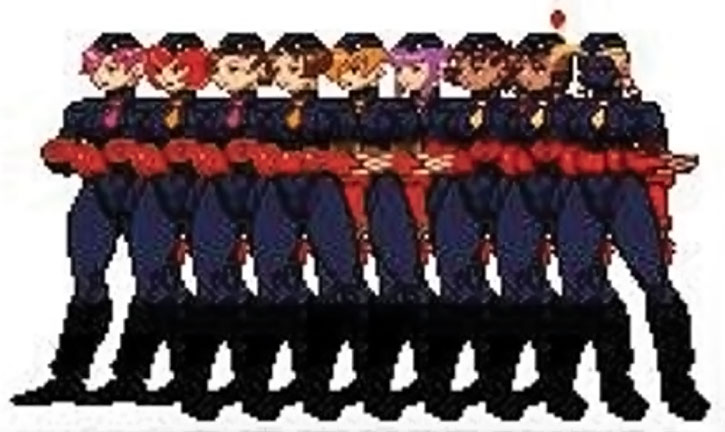 Helper(s): GameFAQs.com  (for everything that you ever wanted to know about the Street Fighter universe and more!), Sébastien Andrivet, Kal el Vigilante, Chris Cottingham, Darci. 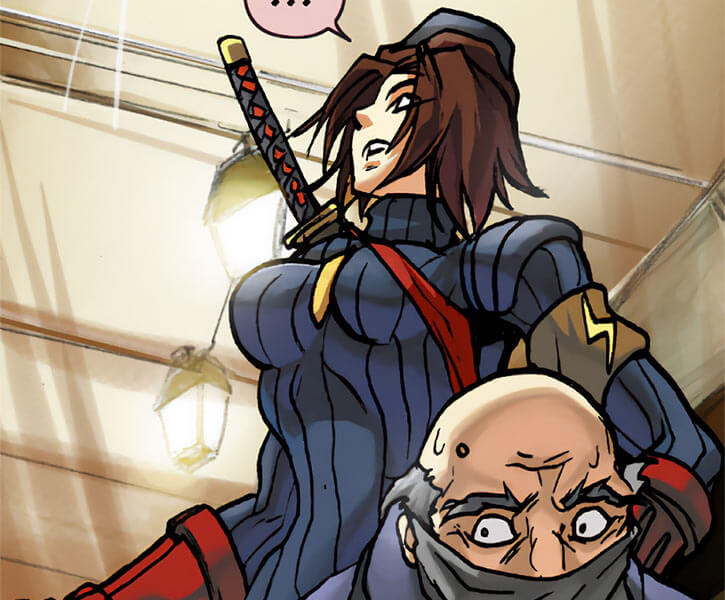 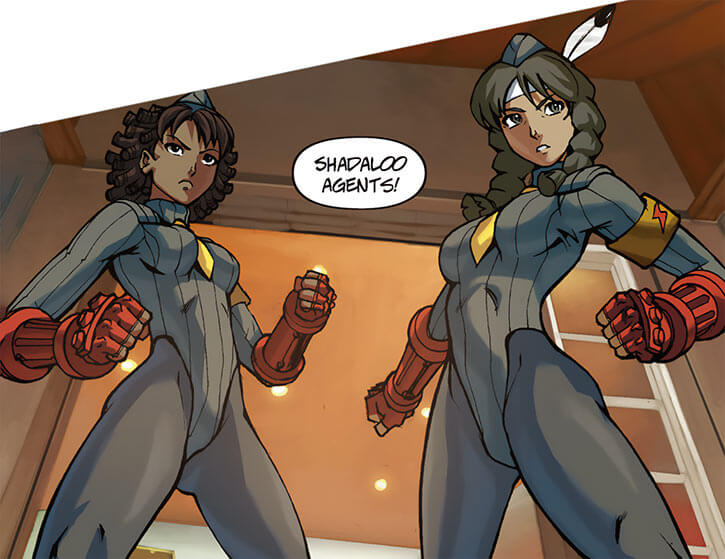 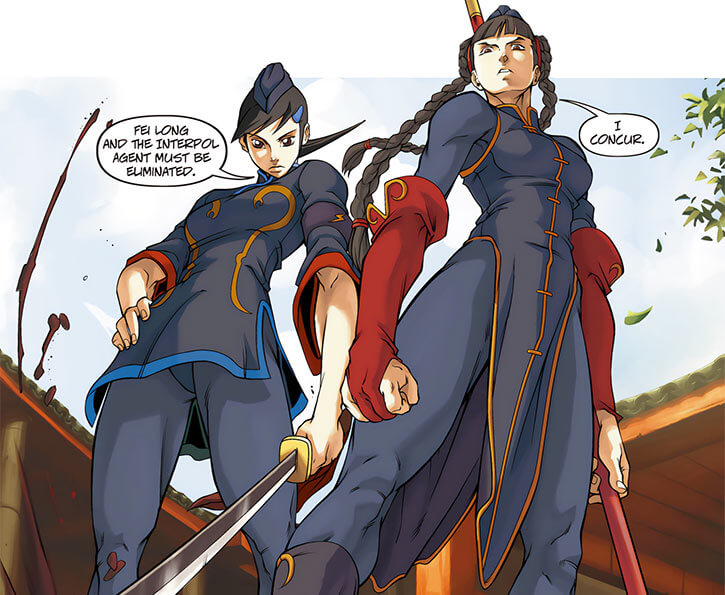 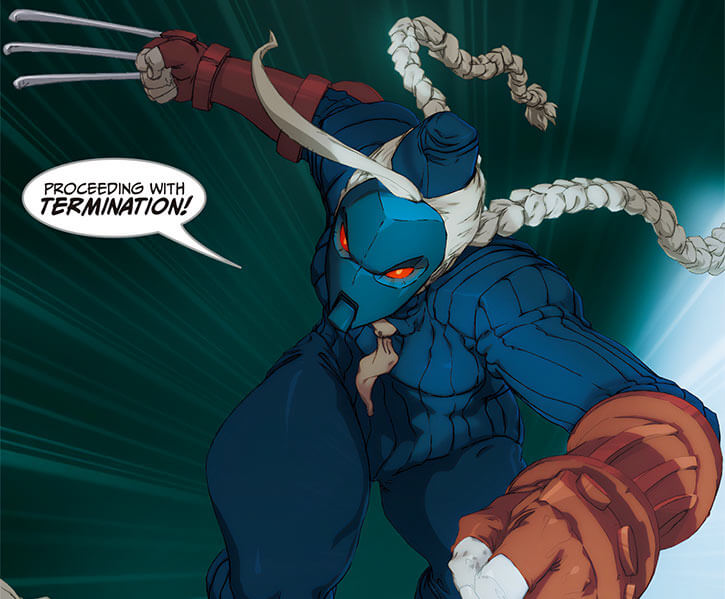