Vega is a handsome young man, skilled in the way of a Spanish matador. He has taken the skills from his ninja classes and somehow manipulated it into his matador techniques. The result is a fighting technique that is fast and deadly.

As he thinks he’s very handsome, Vega wears a mask over his face during his fights to protect the beauty of it. 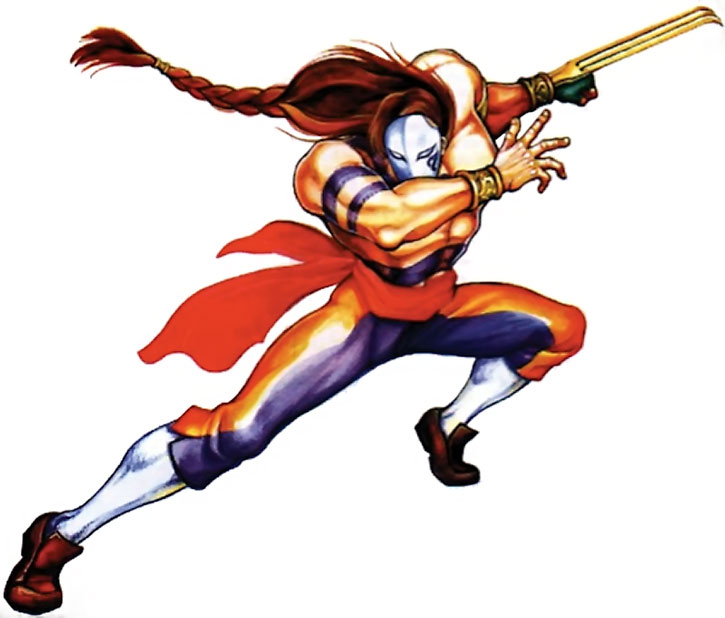 Impressed by his talent in fighting capabilities, Bison hired Vega to be one of the members of his Shadowloo organization.

Vega doesn’t really care about his position in the Shadowloo. He cares more about his beauty, and the beauty of all other things. He enters the tournament just because Bison told him to.