Vengeance seems to be a fairly competent bounty hunter. I further assumed in the stats that he had military experience and served during the Việt Nam invasion.

He’s a good shot, carries a surprising number of weapons and doesn’t hesitate to use them. See the game stats for his arsenal.

Vengeance is an excellent hand-to-hand fighter and is presumably quite good with a knife. He actually defeated Green Arrow (Oliver Queen) in a brawl once, though that hinged on a lucky opening punch and Green Arrow not bothering to spend Hero Points .

Vengeance was, back in the mid-1980s, a professional bounty hunter. He worked with a mask, costume and guns. Whilst tracking down a wanted criminal he irrupted onto a class reunion party that Oliver Queen (Green Arrow) was attending, shooting his quarry in the leg.

Green Arrow forced Vengeance to leave. Queen then investigated who was the other person from his old high school cohort that the bounty hunter was stalking. Green Arrow and some of his friends eventually set a trap for both Vengeance and the stalked criminal, capturing both armed men.

In 2009, Vengeance was viciously killed off-panel by Cupid. Cupid was another minor villain trying to frame Green Arrow by murdering his enemies.

Of course, it’s entirely possible that another person will decide to use the simple and effective Vengeance name and costume.

He seems to have some weird belief that as a bounty hunter he’s serving the cause of Justice and Vengeance. Hence the grandiloquent code name. The amount of self-righteousness and blindness toward the likely consequence of his actions he exhibits is quite remarkable.

Vengeance is prone to loud speeches about how utterly in the right he is, as was the style of the day. Despite that he’s not actually stupid, and has decent planning capabilities and tactical flexibility.

“I’ve been waiting for you to pull a stunt like this, Selby… stalking you relentlessly, till you gave me an excuse to wipe you off the map ! Turn and face… the final vengeance !” (BLAM !) 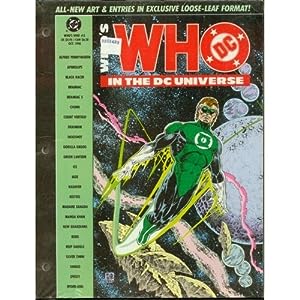 Who’s Who and other guides to the DC Universe 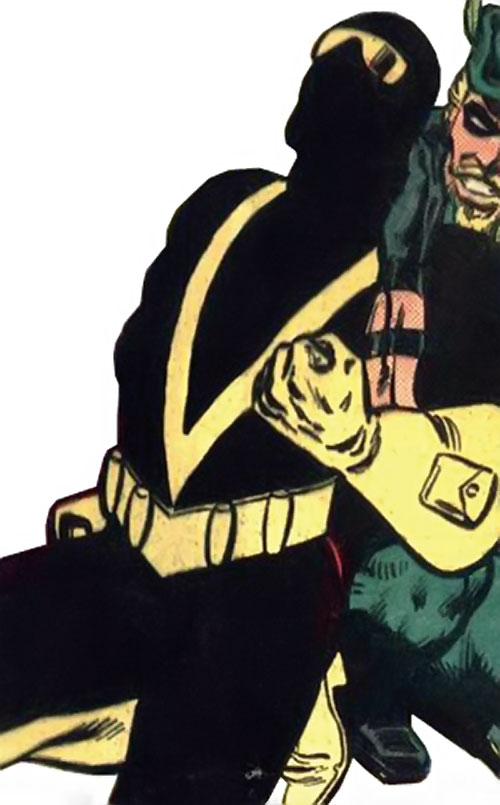