Vermin is a kind of humanoid rat. Physically, he’s quite powerful and extremely fast – even in cramped environments where it is normally very difficult to manoeuvre. He is also equipped with inch-long claws, sharp pointed teeth and a highly developed sense of smell. He can psionically  control rats and stray dogs.

Edward Whelan was a NYC street kid who was kidnapped by Baron Zemo and Primus, a creation of Arnim Zola, as an experiment. He was genetically reprogrammed to become a rat-like creature, and sicced at Captain America.

Vermin did not manage to kill Cap. Thus, when Cap was captured by other means, Zemo disposed of both his creature and the star-spangled Avenger. Vermin slew the mutant that was supposed to kill him. Pursuing Zemo, he viciously wounded his torturer.

Vermin returned to New York City, where he fought Spider-Man several times; At one point, he sank to serial killing.

The first time, Spider-Man would never had caught him without Captain America’s help. Thus Kraven saw the perfect opportunity to demonstrate his superiority over Spider-Man. He would defeat Vermin alone and then use the man-rat as a weapon against Spider-Man.

When last seen, Vermin was in psychiatric care. After a regression which led him in an attempt to kill his parents, he experienced an improvement. He even became able to turn back to his human form.

Vermin’s genetic alteration has diminished his mental faculties to subnormal levels. He’s still capable of speech, but his reasoning ability has degenerated to the level of primal instinct.

Vermin is capable of great savagery, and when provoked or threatened, has phenomenal resistance to pain and fatigue.

His thought revolve around basic necessities such as food and shelter, and basic flight/fight reactions. He seems to have a particular hatred of women, which for a period made him a serial killer/cannibal. An encounter with Vermin is generally an interminable and harrowing experience.

Such an horrific creature could have been created by Deacon Blackfire, from the Batman : The Cult graphic novel. He would be one of the greatest assassins of the demented “holy man”. Following that line of thoughts, he would have had brutal encounters with Batman and/or the Huntress during the most recent catastrophes in Gotham.

It is even possible that the Huntress attempted to prove she was as good as Batman by taking on Vermin alone. Whether she succeeded is up to you. 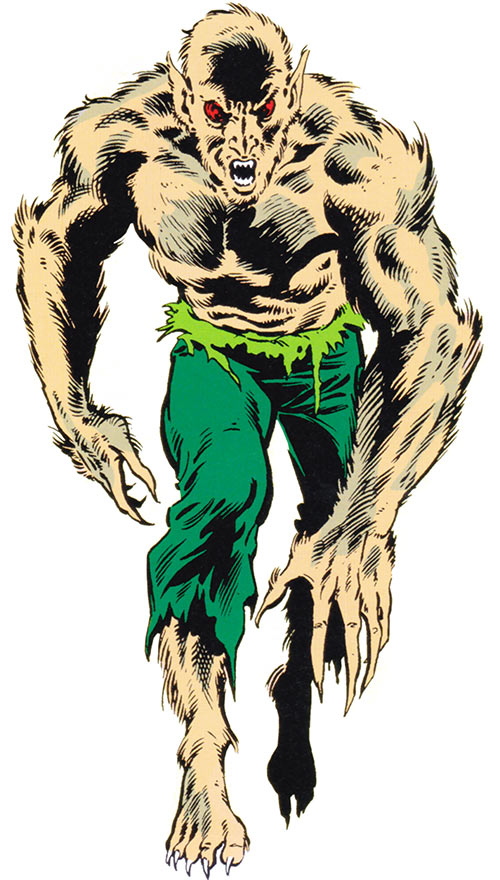