When dragons were real.

Vermithrax is the realistic-looking dragon featured in the 1981 film Dragonslayer.

This profile assumes that you’ve read the character profile for Galen Bradwarden, which explains the events in the movie.

Back then, this creature was a fan-favourite.

Animator Phil Tippett  ’s team built a dragon model that moved during each exposure rather than between. Tippett named the process “go motion”, as it removed the jerkiness common in prior stop motion films.

Vermithrax is a large dragon with a strong bite – and talons.

Streamlined for flight, she carries most of her weight in her head, neck, and shoulders.

Her most devastating attack is her fiery breath. Armored or not, human fighters die quickly under this jet of flames.

Her scales are harder than steel. Her old age is a testament to her ability to survive.

She has three baby dragons near the mouth of her lair.

It’s unknown what else Vermithrax does to feed herself and her children. It’s assumed she travels outside the kingdom to hunt. 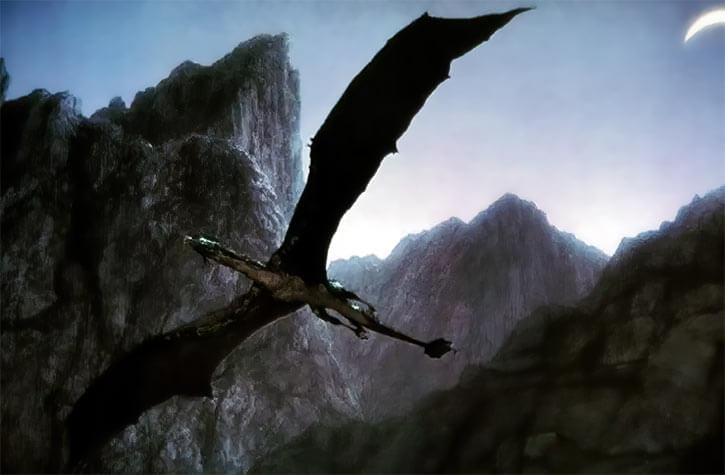 The lottery of Urland has been in place for many years. It’s held twice a year during the spring and autumn equinoxes. All in the kingdom come to the castle to observe the proceedings.

All virgin girls are participants in the drawing when they come of age. The name drawn will be the girl sacrificed to the dragon. This is how peace and prosperity are secured.

(This seems drawn from the legend of St. George and the dragon.)

A bell tolling starts the ceremony. The Royal court arrives, accompanied by drums and bells. The name is then announced.

The words of the lottery:


“Now, my countrymen, hear me.
Behold for I am chosen.
I shall die that many may live.
I shall lay down my life for family and fellows.
I shall go to my grave for the love of our king and his wise policy, and my name is…” 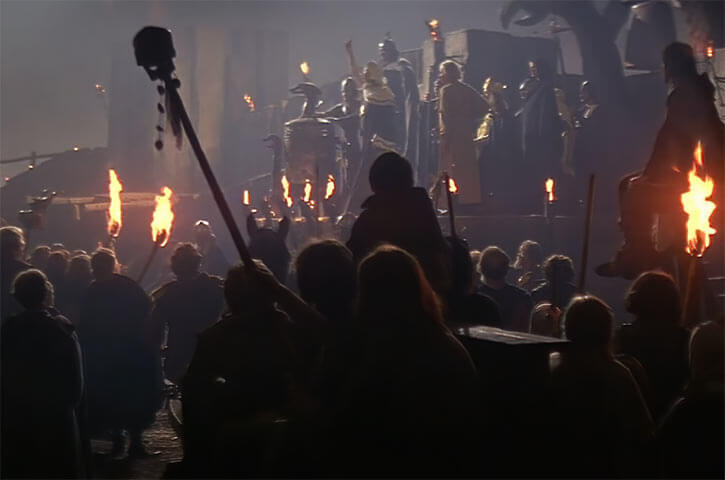 The girl to be sacrificed rides in a flat open wagon. At night, it’s pulled to the lair of Vermithrax. There the girl is chained and hooded.

Soldiers carry torches. A drum proceeds them letting Vermithrax know they are coming.

The words read at the lair:


“Now be it known throughout the kingdom.
That this maiden having lawfully been chosen by a deed of fortune and destiny.
Shall give up her life for the greater good of Urland!
By this act shall be satisfied the powers that dwell underground.
In gratitude of this sacrifice, his Majesty declares the father free of obligations for a period not to exceed five years!
I do declare these proceedings duly ordained.”

They loop the girl’s chains over a high hook on a post. Vermithrax climbs from her lair to claim her victim.

Dragon. Horns and spines running down her back.

According to illustrator David Bunnett  , “designing a dragon isn’t just a matter of sticking wings on a dinosaur… Vermithrax had to be streamlined for flight”.

Screenwriter Hal Barwood  envisioned Vermithrax with various rules in mind. For instance, making her a four-limbed animal, in concordance with vertebrate biology.

He was inspired by the body plan of the Jurassic pterosaur Rhamphorhynchus  .

The baby dragons have small eyes and a blunt bulldog face. They’re about the size of an adult bulldog too. 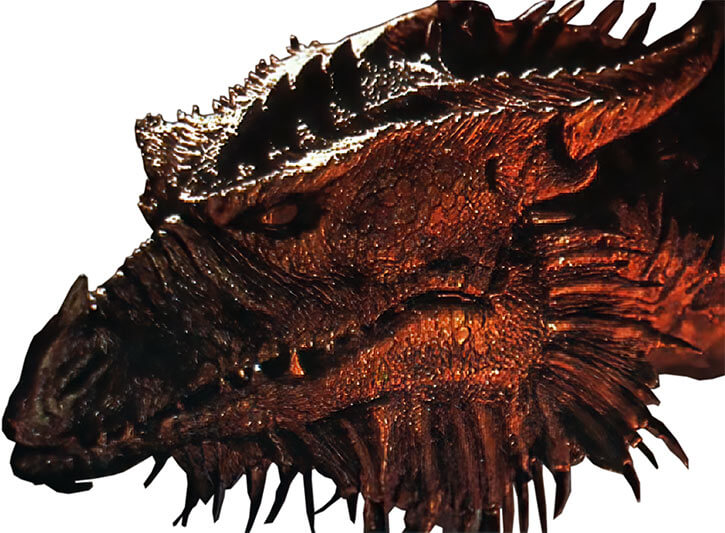 Vermithrax is a powerful, but old dragon. She rules the kingdom of Urland through terror.

This life is only feasible if she is strong enough to enforce it. She will face any challenge to her rule.

Valerian: “Are you afraid of dragons ?”
Ulrich: “No. In fact, if it weren’t for sorcerers there wouldn’t be any dragons. Once the skies were dotted with them. Magnificent horned backs, leathern wings, soaring, in their hot breath wind. Oh, I know this creature of yours – Vermithrax Pejorative. Look at these scales, these ridges. When a dragon gets this old, it knows nothing but pain, constant pain. It grows decrepit, crippled, pitiful. Spiteful.”

(Speaking of the spear Dragonslayer)
Valerian: “That won’t make any difference. What you want to kill isn’t flesh and blood.”
Valerian’s father: “It’ll bleed. All right.”
Valerian: “How do you know ? No one’s even so much as scratched it.”

(The long intake of breath). 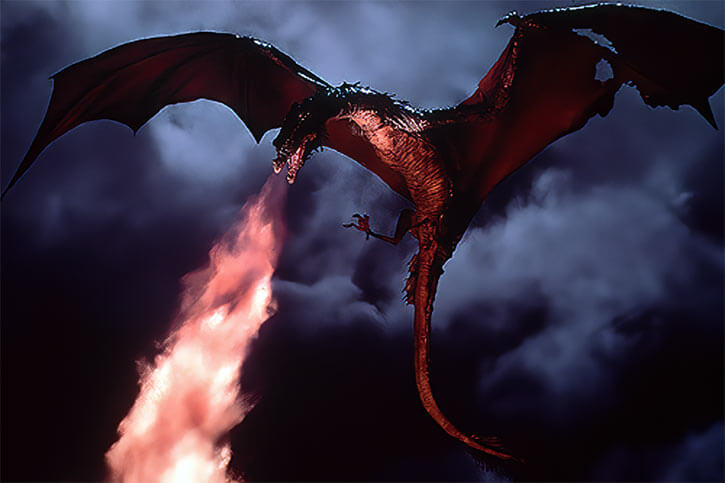 She could exist in any storyline that has dragons.

Vermithrax might find a home in DC’s Camelot. Join the army of Morgaine le Fey and assist in the fall of Camelot.

In Game of Thrones Season 1 Episode 4, Viserys Targaryen recited names of dead dragons. Their skulls now rest in Kin’gs Landing. Vermithrax was one of the dragons named.

Vermithrax had three offspring. At this point, the dragons’ wings aren’t developed enough to fly. They aren’t seen breathing fire, either.

Shrinking is Always on.

Source of Character: The 1981 Dragonslayer movie.