Vic is short, fat, old and meek. But while he’s no action hero, he’s a very experienced itinerant trader of the wasteland. This means that he’s a competent shooter, can survive the desert for extended durations, and knows how to behave when trouble occurs.

Furthermore, his speciality is refurbishing pre-War technology, making him a decent fix-it man who knows how old things work.

Vic is presumably an OK negotiator since he’s a trader. His shack in Klamath  was booby-trapped with an explosive charge, so our game stats assume adequate demolition skills. Lastly, our game stats assume that Vic is the first one to learn to drive after the Chosen One procures a working automobile.

Vic is an old itinerant trader specialising in minor before-time technology. Though he lives in the trapping village of Klamath, there’s little market for his wares here.

Thus, he does a circuit that presumably covers the Den, Modoc, Gecko, Vault City, Broken Hills, New Reno and possibly the NCR, Redding and more distant locations such as the Hub, Junktown  or the Boneyard, if the latter three still exist

Vic buys low and sells high, of course. From what can be pieced together he chiefly sell curios and minor pieces of kit.

Curios are low-value items chiefly of interest to people interested in owning before-time objects in good condition. A good example are simple water flasks bearing the Vault 13 logo. Vic commented that these sold well, and the tribe at Arroyo bought several since they were partially descended from Vault 13 dwellers and attached sentimental importance to Vault 13 items.

One assumes that industrially-made closable containers were also useful to the low-tech Arroyo tribe.

Minor pieces of kit are stuff like talkie-walkies. One assumes that Vic buys broken things people found, repairs them and sells them at a premium. Though various characters mention that the trading circuit bound by the Den, Gecko and the NCR has been getting increasingly dangerous and treacherous by 2241, Vic was still working it.

Past in Vault City

Vic lived in Vault City  for a while. Or rather the common courtyard of Vault City, since he presumably wasn’t a Citizen and thus wasn’t generally allowed in the city proper. He married a tribal woman there and they had a daughter, Valerie .

However the marriage gradually disintegrated. Vic was kicked out by his wife, who was considerably more aggressive than him. Vic did not see Valerie in years. This is presumably at that point he moved far away, to Klamath.

There he became a regular of the small local brothel, where the girls considered him a nice and harmless customer.

(Vic’s daughter Valerie appears to be a Citizen of Vault City. It might mean that Vic somehow held Citizenship at some point, but it seems more likely that Valerie earned herself a rare Citizenship on the basis of her excellent technological skills. Valerie did imply that her mother still lived in the common courtyard by the time of her death).

However, in 2241, Vic sold a defective talkie-walkie to the slavers’ guild in the Den . The ill-tempered guildmaster, one Metzger , had Vic captured and reduced to slavery. Metzger insisted that he fix the broken radio ASAP if he wanted to live.

Vic soon realised that the crystal was broken. Thus, there was little he could to assuage the increasingly murderous Metzger without spare parts.

However, another person was looking for him. One of the tribals at Arroyo was on a quest to find Vault 13 to save their village. While the Arroyo tribals had no idea where the well-hidden Vault might be, they wanted to investigate the provenance of the Vault 13 water flasks they had bought some years before.

The first link in this chain was to find Vic. As a result, the Arroyo tribal came to the Den after learning that Vic had been missing from Klamath. The tribal procured a spare crystal for Vic to repair the radio, then ended up buying him from the slavers guild.

To thank the tribal for saving his freedom and his life, Vic offered to help with the Vault 13 quest and serve as a guide. He started with locating the man who had sold him the flasks, a Vault City cattleman named Ed.

Vic is a small, rotund man wearing pre-War-style pants and shoes, plus some sort of white shirt. There’s usually some kind of vest over that, unless he’s wearing a leather jacket for protection. One assumes that Vic is about 50.

The character portrait on the side is completely made-up, since it’s hard to tell from the tiny low-res sprite.

Vic comes across as nervous and none too assertive, albeit he frequently insists that he’s a good technician. He always calls anybody in a position of authority “boss”, and often profusely apologises over any small mistake, promising to do better next time.

He’s well-aware of his advancing age, and is frequently happy when he manages to pull something off that shows that he isn’t decrepit yet.

He’s a bit afraid of Sulik, who doesn’t seem to like his toadying ways and may still resent him for the incident that held to his time as a slave in Klamath.

“Sure, I’ll join up with you ! This old fart has one big adventure left in him. I’m sure of it ! I’m pretty good at repairing things too, despite what Metzger says.”

Bonuses and Limitations:
Gadgetry cannot be used to create Gadgets unless they are mundane and the necessary parts are all available. It is usually used to identify and repair equipment.

Drawbacks:
MPR (Vic’s movement speed is lowered by one AP due to his weight and short legs).

Later in the game Vic would likely learn to drive, and be equipped with a semi-automatic 5.56mm rifle and stimpacks. Plus some minor bits of competence growth, but our stats for the early companions represent them early-ish in the game.

Helper(s): The Fallout wiki  for extracting and archiving Vic’s lines. 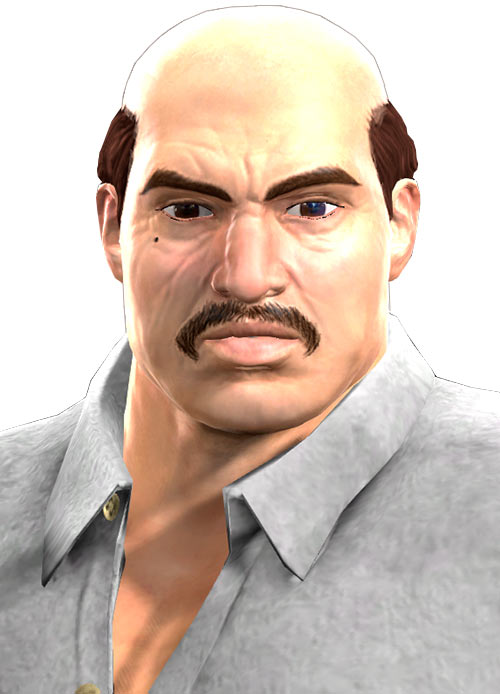 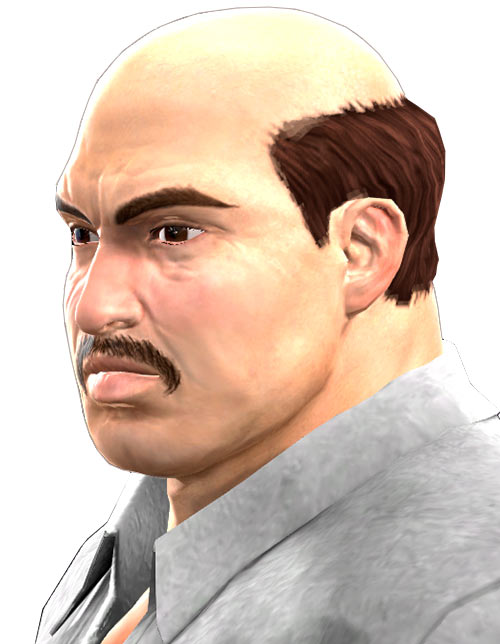 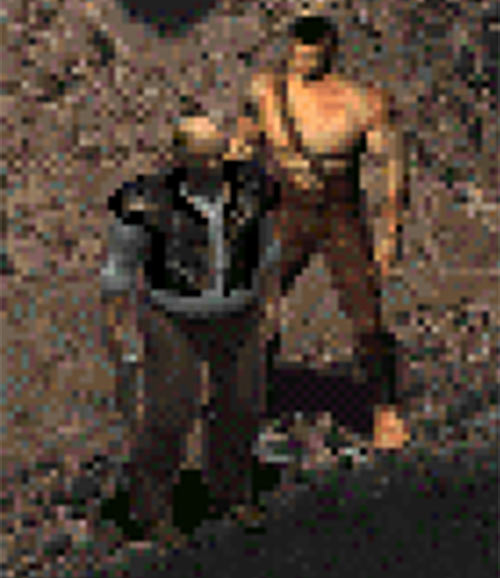 Vic in leather armour with a pistol, and an unarmoured Sulik glowering at him. 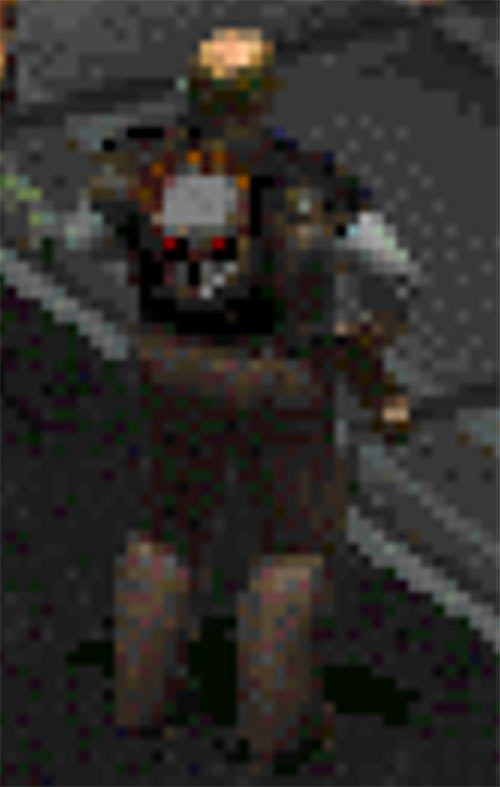 The back of Vic’s leather jacket may not match his general style.