Victor is a partially cybernetic being (although the metal parts of him will have become indistinguishable from the rest by the time he reaches 21). This affords him a high level of strength and resilience, allows him to project electricity, and allows him to animate metallic objects, forming giant shapes with them.

He is also highly intelligent, with an aptitude for mechanics. He’s a capable pilot of the Leapfrog, and can cling to metal surfaces.

He was created to be vulnerable to three logic questions which cause his mental processors to short out, knocking him out for a while. Each can only be used once, and the one which has already been used was “could God make a sandwich so big even he couldn’t finish it?”.

(A complete History of the Runaways can be found in the team entry).

When an Ultron unit was defeated by the West Coast Avengers, and his scrapped body left in a junkyard, they missed that the CPU in its head was still active. The head was discovered by a petty criminal named Marianella Mancha, who helped assemble a new body for Ultron.

During this time she confided in him her yearning for a child, which she was unable to adopt due to her criminal background. When Ultron was complete he decided to give her a son.

Taking cell samples from her, the Ultron unit created a part-human part-machine son for them. He aged this creature, named Victor, to 16 years. The Ultron also gave Victor false memories, including the memory that his father had died in military service.

The Ultron unit left Victor in the care of Marianella. He also left Victor with dormant programming that would lead him to travel to New York when he turned 21, where his powers would manifest. Ultron intended for him to join the Avengers, as a secret weapon within the team that Ultron could activate when he chose, to destroy them from within.

His powers were activated early, when he was confronted by the Runaways. The team had been visited by the dying adult future version of Gertrude Yorkes. She’d travelled back from the future, where she led the Avengers. 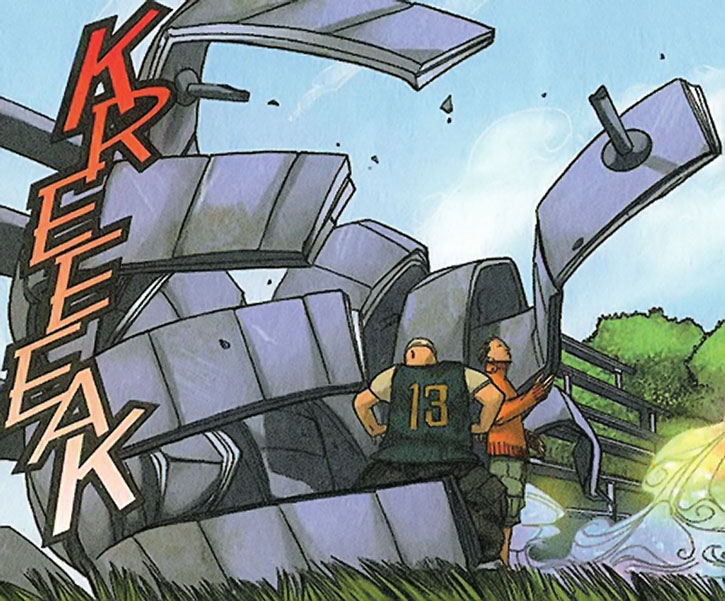 Future Gertrude was there to warn them of Victor’s future self, Victorius, the son of an infamous super-villain, who betrayed and killed her Avengers. The Runaways tracked present-day Victor down, and the shock of the confrontation caused his powers to manifest.

Despite his resistance, the Runaways overpowered and abducted him. While they were questioning him, Victor was contacted by Dr. Doom, who was holding his mother captive. Von Doom claimed to be his father. Victor and the Runaways confronted Doom, only to discover a Doombot controlled by Ultron, Victor’s real “father”, who murdered Marianella.

Revealing his true origin to Victor, Ultron took control of him, forcing him to turn on the Runaways. Victor ultimately managed to break free of Ultron’s control, and turned on him. Surviving the battle, Victor, having nowhere else to go, joined the Runaways.

When the Runaways first encountered the Young Avengers, Victor coming into proximity with the Vision sent both of them a bit haywire for a while. Both had been created by Ultron, and their synthesoid bodies created interference. They got it under control, but still maintained a distance from each other.

Victor began a relationship with Nico, although it was fairly casual. It ended when they travelled back to 1907 and he met Spieler. She was too afraid to return to his time with him, though, and he couldn’t stay there.

Calm and level-headed, Victor has become a part of the Runaways family despite their initial suspicion of him. Initially uncertain of his role, Victor had to come to terms with most of his memories being false, and that his lifelong love of superheroes was programmed into him. But he probably still has some questions over how much of what he does is his own choice.

Ultron also programmed Victor to obey him, and while he managed to rebel against this once, he worries that his father could still control his actions in the future.

Bonuses and Limitations:
Cling only works on metal surfaces (-1). 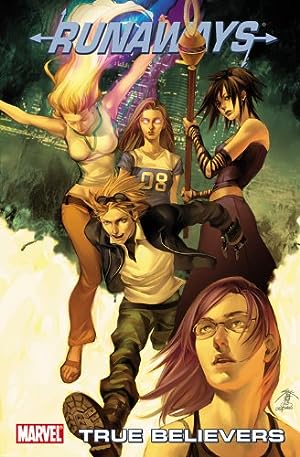 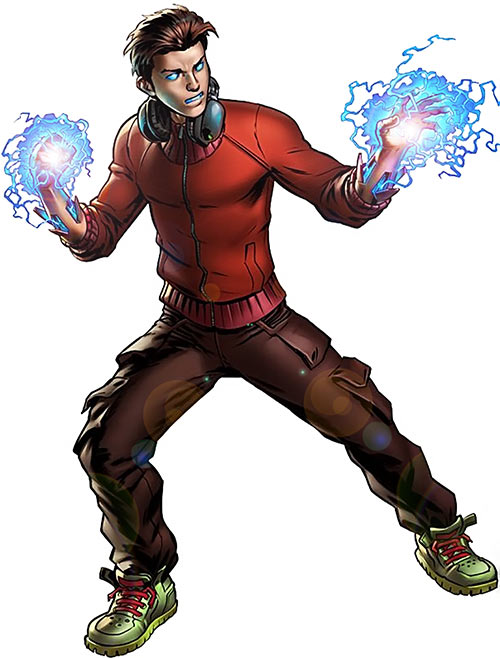