Singleton was a supremely skilled swimmer, runner, equestrian, and sharpshooter. He proved himself one of the finest competitors in the world in the Olympic games.

The next job was against Joe Penza, consigliere of the family. Singleton dressed as a waiter and severed Penza’s windpipe with a single shot before swimming from the scene.

The final hit was against Dominic Jenko, current head of the family. Jenko was taken down with a single shot to the heart while dining in his favorite restaurant. Singleton fled on horseback, dressed as a mounted policeman.

To beat the Bat

During that third assassination job, Singleton was seen and pursued by Batman. Though they were equally in the dark about one another’s skills, Singleton felt Batman’s unwillingness to kill gave the hitman too much of an advantage.

Accordingly, he eschewed a potential kill-shot, instead firing a single round through Batman’s swing-line. Batman was stunned by the fall after his line was cut. Singleton was thus able to escape.

Afterward, Batman was briefed on the killings by Commissioner Gordon. He began looking for someone with the necessary breadth of skills.

Using his social connections as Bruce Wayne, Batman quickly zeroed in on Victor as the prime suspect. That was due to Singleton’s known skills and competitive nature. Meanwhile, the Gotham City police had discovered that Aunt Mildred had hired the assassin, acting as a middleman between her bosses and the hitman.

However, Aunt Mildred was a useless lead to them at the moment. Her soul had been stolen by the Ragman, leaving her in an irreversible coma. Commissioner Gordon speculated to Batman that the Ragman might be able to reverse the process and revive Aunt Mildred. Which would allow the police to interrogate her.

Unbeknownst to the police or Batman, Singleton was listening in on their conversation. He feared exposure. Therefore he turned off Aunt Mildred’s life support, killing her body. He then sought to hunt down and kill the Ragman to protect his identity. Batman also sought out the Ragman to learn the same secret.

Batman tracked the Ragman down to New Orleans; and Singleton followed. Batman asked the Ragman to undo the trance, unaware that the soul stealing process was irreversible. Before they could confer further, Singleton set a nearby building on fire to lure both heroes in.

Show up for the showdown

While the Ragman rescued the people inside, Batman was kept occupied by Singleton, who wanted to fight him one-on-one in epic battle.

To Singleton’s dismay, his single shot at Batman, intended to be a coup-de-grace, was deflected when Batman swung his bulletproof cape in the path of fire. Before Singleton could gather the resolve to break his own rule and pull the trigger again, the Ragman grabbed him from behind and took his soul.

Thus ended the brief career of the Single Bullet Killer, as the tabloids would have undoubtedly dubbed him.

Victor is a distinguished-looking white male in excellent physical condition. His receding hair is slicked back, making his widow’s peak quite prominent and giving him a predatory look.

He wore simple but elegant clothing that afforded him good freedom of movement.

Singleton was obsessed with testing himself, which made him highly competitive. After dominating the Olympics in his field three times in a row, he sought new challenges.

He found these challenges in a new career as an assassin. To keep things interesting, he swore to only use a single bullet for each kill and escaped the scene of each hit using only his athletic skills.

As part of this predatory new pursuit, Singleton invariably dressed in disguises to get as close as possible to his target before pulling the trigger. This added to the thrill and the challenge of it all.

Victor was also a raging narcissist. The walls of his personal gymnasium were covered with shelves holding his trophies and medals as well as poster-sized pictures of himself taken during various athletic events. His competitive drive was buried as much in his fear of growing old and obsolescent as it was in his thirst for new tests.

After his soul was trapped in the Ragman’s suit, he reflected with horror on the fact that he had finally gotten his wish to never grow old.

“Never let it be said that I failed to play by the rules…or that I demanded any less of my competition !””

“We are like the gladiators of old — and this is our arena !”

“No opponent has EVER beaten me in ANY form of competition ! I’ve been forced to make my own rules in order to challenge myself ! I am the SUPREME athlete !”

Equipment:
Singleton uses standard equipment, usually a pistol but also a sword if he can arrange it.

Source of Character: Legends of the Dark Knight #51 (DC Comics). 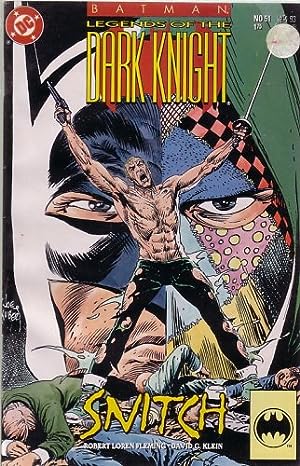 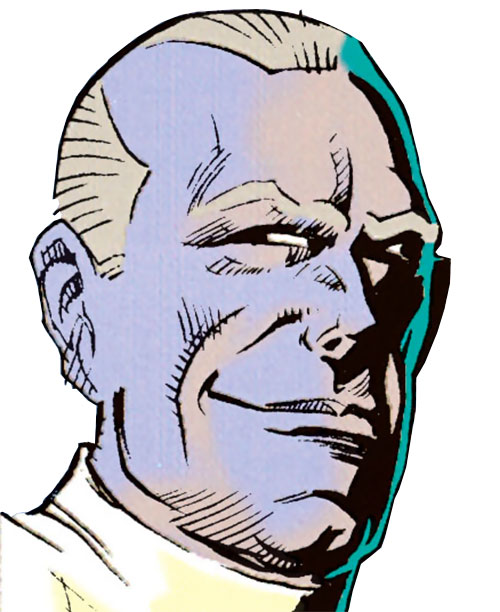 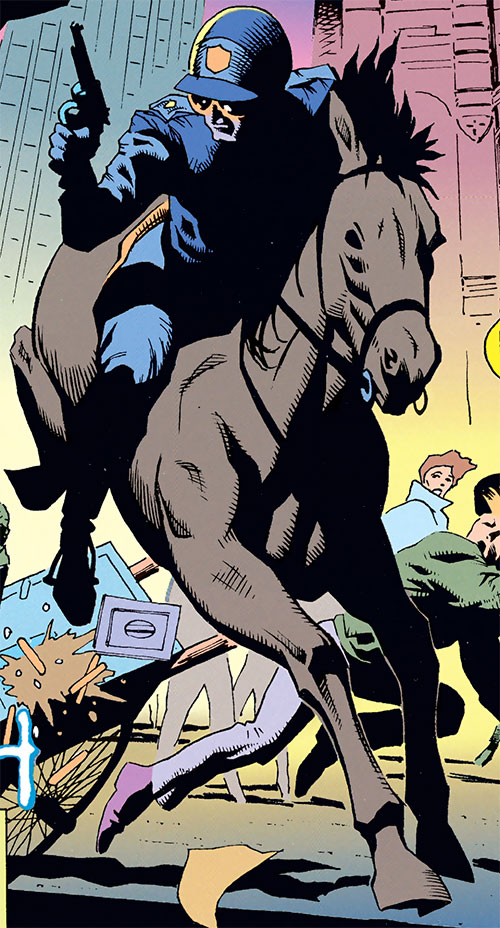