Mr. Palmer was a multi-millionaire sportsman, apparently interested in — and competent with — a number of athletic disciplines.

He was also very skilled with the Dane axe and the Viking broad axe, for some strange reason. Such axes are every bit as deadly wielded or thrown.

During the 1940s, Ross Palmer was famous as a daring, multimillionaire sportsman. He also loved all sorts of gambling, and was always looking to challenge himself and his luck.

In 1947, Palmer organised a very special nautical race to Viking’s Cove. Participants could enter with any ship that was a replica of a historical ship. The prize was a million dollars, a fortune in 1940. 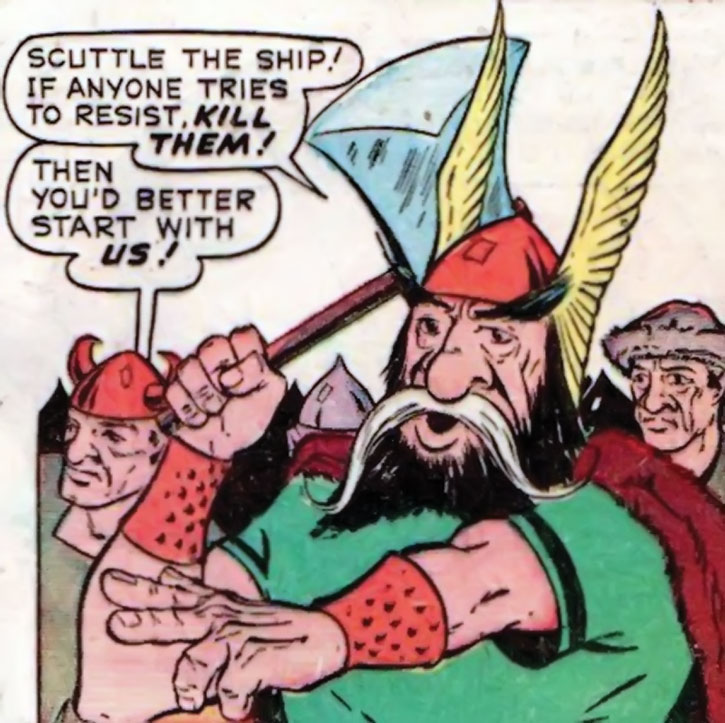 However, while the race was being organised, Palmer lost his entire fortune to speculation. He attempted to hide this for long enough to rebuild his assets. However, having to hand out the money to the victor of the race would destroy this plan.

Determined to prevent any ship from reaching Viking’s Cove, Palmer dressed up as a Viking. He armed himself with suitable axes, and recruited three goons – also handy with the Viking axe. Disguised, he called his new persona “the Viking”.

Borne by this unusual scheme and circumstances, Palmer did manage to kill several of the contestants. He also sabotaged several ships so that they would sink during the race. Though Namor and Namora repeatedly tried to thwart the Viking, he managed to kill and scuttle all the way until the final ship, where he was stopped, unmasked and arrested.

Palmer was never seen again as far as I can tell.

Palmer’s hairstyle is vaguely reminiscent of Norman Osborn’s. So undoubtedly, there exists a familial connection there.

Palmer was a poised and successful individual, cultivating his image as a risk-taker.

As The Viking he was quite competent, moving fast (both physically and mentally) and striking with force and precision.

(As Palmer) “That’s why they call me the biggest gambler in history ! I never do anything in a small way !” 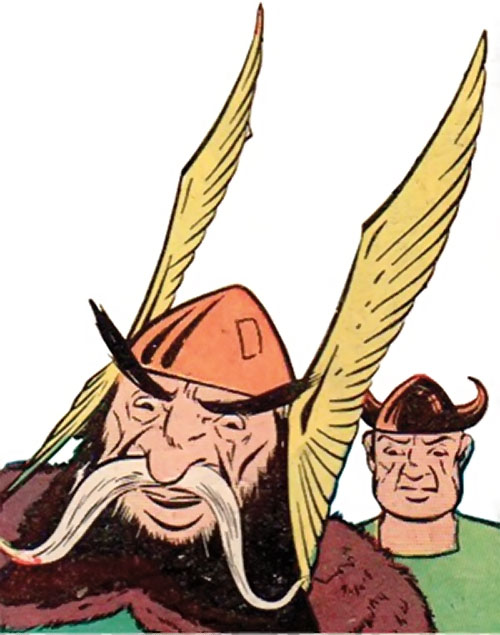 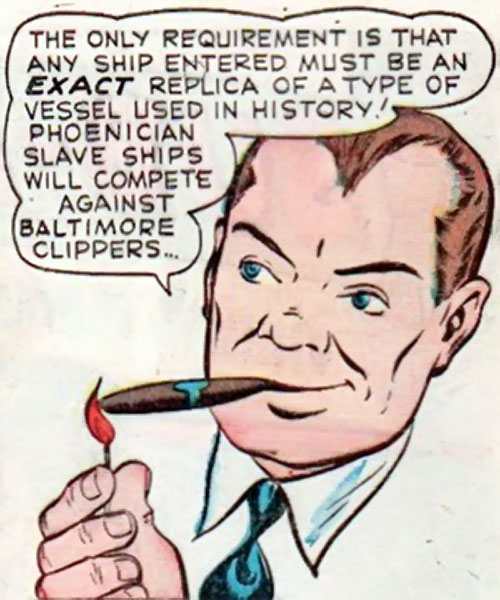