Violet is a minor character from the major Fallout: New Vegas video game, published in 2010. For an overview of the setting, see our Vault Dweller profile.

The Fallout universe is overall pretty interesting offering plenty of variety and originality in setting and weapons (among other things) and there are of course plenty of characters to populate the universe, but very few actually standout as interesting enough to warrant their own profile.

Despite being a deranged psycho Violet is extremely good at breeding, raising, and training extremely vicious attack dogs. These dogs help her guard her fort and keep it safe from rangers and bounty hunters. (This has proven rather efficient as she and her dogs tend to eat any would be intruders.)

Aside from that she’s a fairly deadly sniper and fairly decent in hand to hand combat should anyone get close enough to find out.

Like most of the fiends (named or not) there is no real background information about Violet. She is considered one of the Fiend leaders (presumably the Fiend leaders are decided by combat prowess) and enough of a thorn in the New California Republic that they have offered a decent bounty for her head.

She has spent her time at a small fort (basically a run down mobile home) with her guard dogs. She can usually be found on the roof of her fort looking to snipe off anyone foolish enough to get too close.

Violet is an a fairly young extremely dirty dark skinned African American woman. Her skin, with the exception of her face, is black as pitch. It is unknown if this is because she’s actually that grimy or if this is some sort of disease.

Not much to go on her, but she is basically barely sentient and seems to have a very dog like mentality.

She takes care of her dogs and is unreasonably aggressive about anyone going near her fort which she obviously considers her turf. No word on whether or not she urinated all over it to mark her territory.

Quotes (from the game’s unused files)

Could be inserted in any gritty city with rampant crime. She might make a good Bat Family villain given her power level and general tone.

These dogs are very well trained and slightly more vicious and agile than most attack dogs as they are fed a constant diet of human flesh and the combat drug Turbo.

The number of dogs varies (in the game it’s based upon the player’s level at about roughly one dog per character level), so the GM can decide what number is appropriate for the players to face. Alternatively the GM can merely roll 2D10 (doubles should reroll) and use that amount.

In addition there is always one named dog there named Violetta who is the alpha of the pack and thus has slightly higher stats; All mental and mystical stats and Running increase by one point and 5HP.

If Violet is somehow caught and forced to detox then she loses her Martial Arts Skill and one point of Int as it is the result of regularly taking the combat drug Psycho. The stats of all of her dogs would drop to the average level of an attack dog as well. 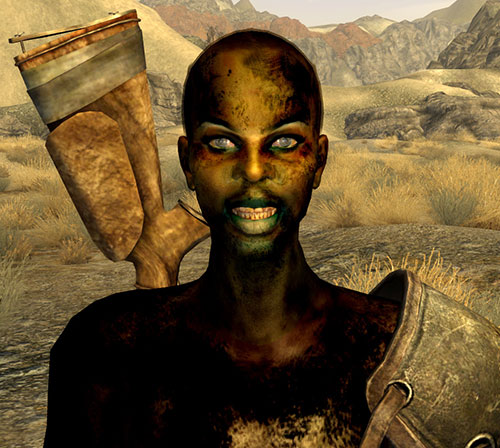