The Viper is an excellent chemist, specialising in the concoction of poisons.

Not only are they very efficient, but they are frequently unknown to most doctors. This makes treatment impossible beyond stabilising the patient to delay death.

The Viper was the master poison-crafter for the League of Assassins in the 1970s.

In 1977, the League shot Ben Turner with a poisoned dart – a toxin prepared by the Viper. While doctors couldn’t cure Turner, Lady Shiva recognized the style of the killers. From there she correctly surmised the source of the poison.

Shiva knew that the Viper was working in a League base in Mongolia, protected by fierce raiders. She and Dragon found and stormed the base, forcing the cowardly Viper to flee in his getaway helicopter.

However, high winds pushed the helicopter over the Soviet frontier. It was immediately shot down by a patrolling Soviet helicopter.

With the Viper apparently dead, Dragon and Shiva had to find another way to cure Turner.

A nerdy, bullying weasel who doesn’t deal well with frustration. He’ll happily hit servants to ease his nerves, but will flee if threatened.

(To an underling) “I am too valuable to be taken prisoner. Prepare to flee – immediately !”

The Viper (League of Assassins) 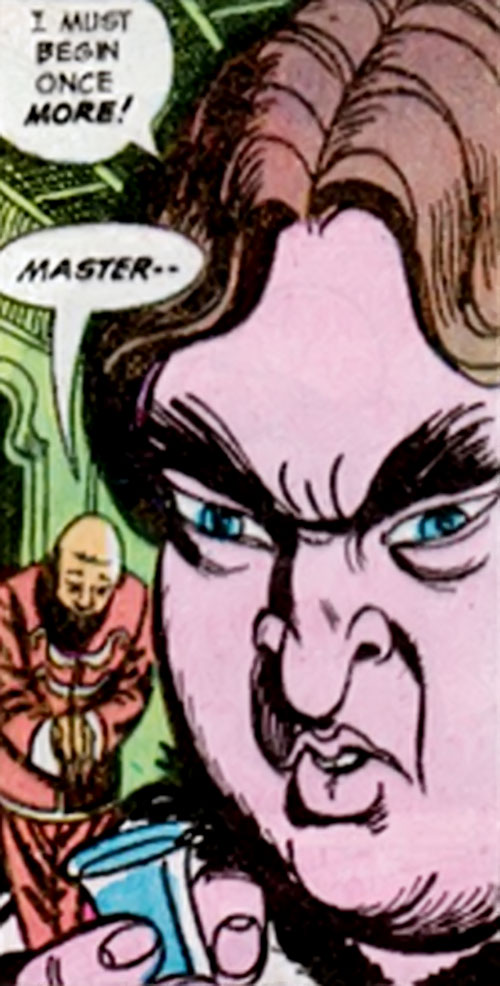