The movie received so-so reviews, often on the order of “it’s watchable and punchy, but forgettable.”

SID 6.7 is an amalgamation of over 200 notorious criminal personalities contained in a CPU cube that was placed inside a nanotech android body.

With this nanotech form SID 6.7 can move freely in the real world. The nanites which comprise his new body are silicon based. They can thus use this substance to repair damage and even regenerate limbs.

SID 6.7 appears as a Caucasian male in his early 30s with blue eyes and light brown hair. He prefers to wear fine business suits whenever possible and will make it a point of taking such attire right off of victims if he happens to fancy their outfit.

The amalgamation of over 200 notorious criminals SID 6.7 is every bit the psychopathic killer one would expect to come from such a source.

Holographic Head of SID 6.7: “While officers gather evidence of the grisly crime scene, you can only ask yourselves, ‘What kind of lunatic would commit such unthinkable crimes ?’ The three adjectives which best describe this killer are sadistic, intelligent and dangerous.” 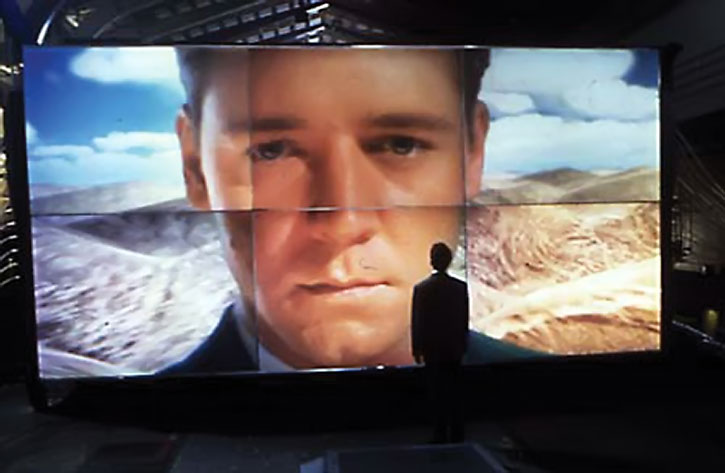 Lindenmeyer: “Oh my god.”
SID 6.7: “Which god would that be ? The one who created you ? Or the one who created me ? You see, in your world, the Lord giveth and the Lord taketh away, but in my world, the one who gave me life doesn’t have any balls.” (smirks) “You are frightfully inadequate for a deity, Daryl.” (deadly serious) “I will not be shut down.”

(After being shot multiple times by Parker Barnes) “Ahhh… I’m losing too much of myself.” (SID 6.7’s facial features distort as he leaps over Parker and makes his escape.)

(Rescuing then taunting Parker Barnes) “Hey buddy ! How’s the wife and kid ? Still dead, huh ? […] Just because I’m carrying around the joy of killing your family inside me doesn’t mean we can’t be friends.”

(SID 6.7’s face pops up on the laptop screen as Parker Barnes attempting to disable one of SID 6.7’s booby traps) ’“Uh-uh-uh. I’ve thought of that one too.”

What if SID wanted to escape not to indulge his homicidal tendencies but instead to force his creators to remove them ?

One could argue that there has to be a stable core personality underneath it all to integrate all of these homicidal maniacs into a single coherent entity. Imagine being a sane person with hundreds of yammering psychotic voices in your head all of the time. What lengths would you go to to remove them ?

What happens if you occasionally succumb to them ? How much responsibility for those acts lies with the people who made you…and then made you sick ? There’s some potential to make a SID more of a tragic villain with a little tweaking, for those interested in that sort of story.

Drawbacks:
CIA towards violence, SPI (SID 6.7 has a form of multiple personality disorder — see below), SIA to performing especially in front of large audiences, SIA to treating the world and everyone in it as his own personal first-person shooter video game.

SID 6.7 views the world and everyone in it as his own personal video game. Not content with simply defeating and/or killing opponents in the virtual world, SID 6.7 decided that he wanted to experience killing in the real world.

To that end, he persuaded his creator, Dr. Daryl Lindenmeyer, to find a way to bring SID 6.7 out of VR and into the real world. Once he was in the real world SID 6.7 began a killing spree which only served to feed his ever growing appetite for greater and greater acts of violence.

Source of Character: Virtuosity film 1995 as played by Russell Crowe.

Helper(s): IMDB  ; Wikipedia. ”What if” section by Roy Cowan. 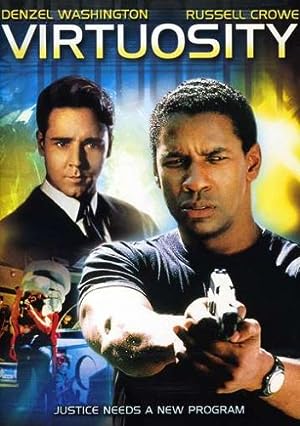 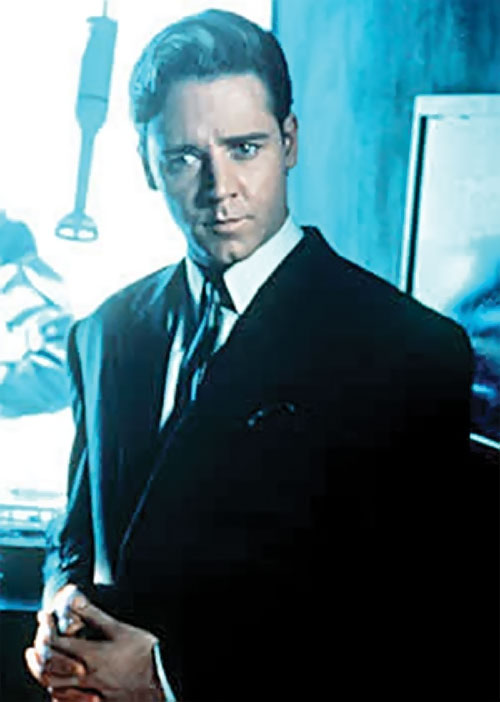 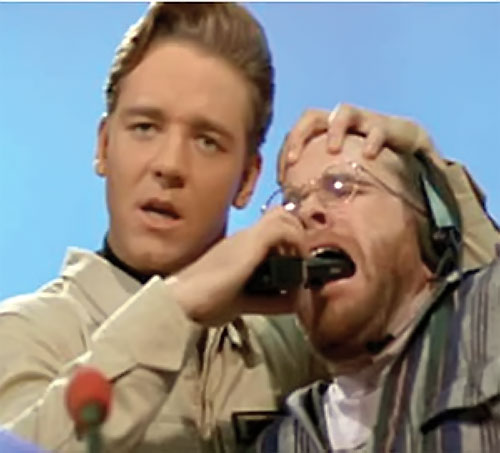