He can project a variety of energy or force attacks, including ion beams, repulsor beams, and laser beams.

Like the Vision, he can manipulate his density to make diamond hardness, or to allow himself to phase  through solid objects. When phasing he can solidify parts of his body inside others, causing shock that has even stunned the Super-Skrull. This also disrupts electrical systems, such as such as freezing Iron Man’s armour (Neutralize or Paralysis).

He can monitor regular communication channels, and can interface with most other forms of technology. However he seems to have trouble coming into contact with other creations of Ultron, such as Victor Mancha). He has installed fail-safes to prevent himself hacking into government computer systems, to prevent him from duplicating the mistakes made by his earlier incarnation.

The new Vision was kept confined in Avengers Tower until he was fully tested. But he decided otherwise when Iron Lad’s former team, the Young Avengers, came looking for help. They had set out to rescue one of their number, Hulkling, who’d been kidnapped by the Super-Skrull.

The Vision joined them permanently, and developed feelings for Stature (Cassie Lang), whom Iron Lad had also been attracted to. He eventually took the name Jonas, and began using Iron Lad’s appearance to pass unnoticed in public.

Encountering the Runaways, Vision suffered a sever malfunction when he got too close to Victor Mancha. Mancha had been built by Ultron, who had also built the original Vision, and elements of their systems reacted badly to their proximity. Both were temporarily shorted out, and had to keep some distance if they didn’t want the same happening again.

Unhappy with being separated from Stature when she registered, he kept tabs on her during her time in Camp Hammond. He even met up with her in disguise.

When he and Cassie were late to a team meeting as a chaos wave spread over the planet, they found the rest of the team incapacitated. They were summarily recruited by someone appearing to be the Scarlet Witch. They were dumped with the other members of what would become the Mighty Avengers, to deal with the problem of Chthon.

After the successful completion of the case, they were considered members of the group, being abducted by any doorway they passed through into Hank Pym’s Infinite Avengers Mansion. They continued serving with the group until it fell apart when Pym offered Loki membership. Vision and Stature returned full time to the Young Avengers.

The return of Iron Lad left Vision distracted, especially when Iron Lad quickly made moves on Stature again. Despite his desire to be with Cassie, when she was killed by Doom, Vision argued against Iron Lad’s desire to change time to bring her back, seeing too much risk of him making things worse.

The enraged Iron Lad used the technology with which he’d created the Vision to destroy him, ripping his body apart beyond hopes of reassembly.

While he possesses the memories of both Iron Lad and the original Vision, the new Vision is still emotionally young, and uncertain of himself. He doesn’t have the coldness his predecessor initially possessed, and quickly developed an attraction for Stature.

Despite his feelings, he can still look at the situation with a cold, dispassionate eye, rarely losing control.

Vision: “With my ability to alter my molecular density, I should be quite safe.”
Stature: “Great. Good for you.”
Vision: “My apologies. That was hardly gallant of me, was it ?”
Stature: “We’ll work on your boyfriend subroutines later.”

The Children of Ultron

The Vision has shown a vulnerability to others who have been to some degree created by Ultron, such as Victor Mancha. If the Vision comes close to another such being while they are injured (at less than half their full BODY APs), his own programming is thrown out, with a feedback loop affecting both of them.

They both gain the Uncontrollable and Non-Variable Limitations to all their Powers.

The Vision may possess more of the powers of Iron Lad’s armour than are listed here (such as Self-Link (Fabricate) or Time Travel) but he has not yet exhibited these. 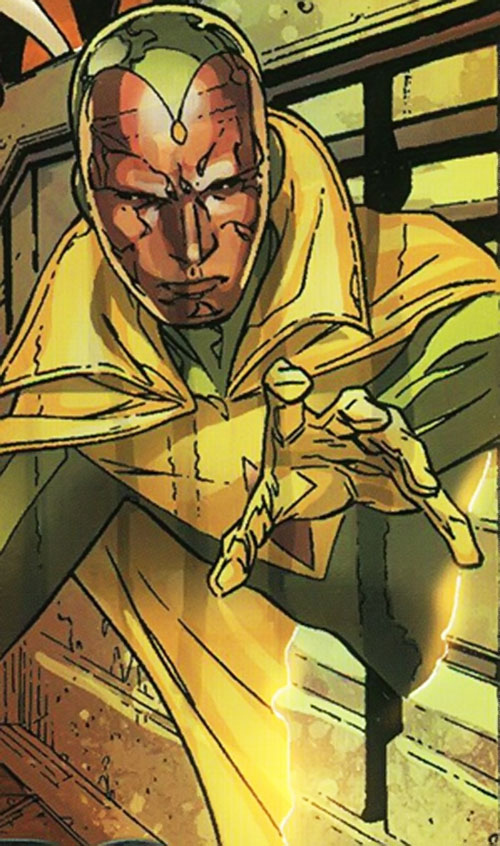 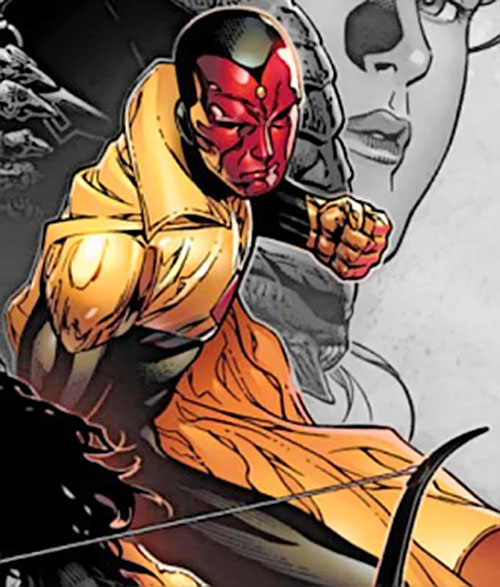 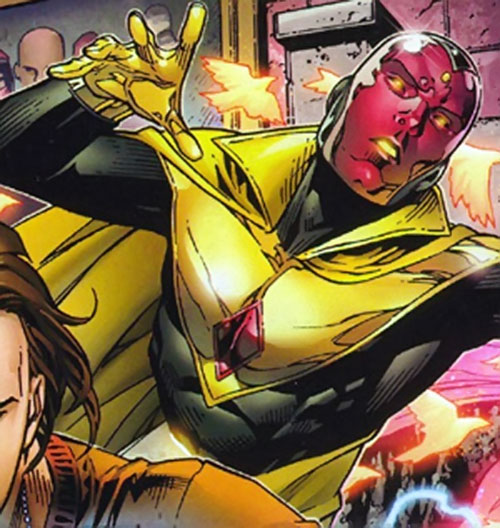 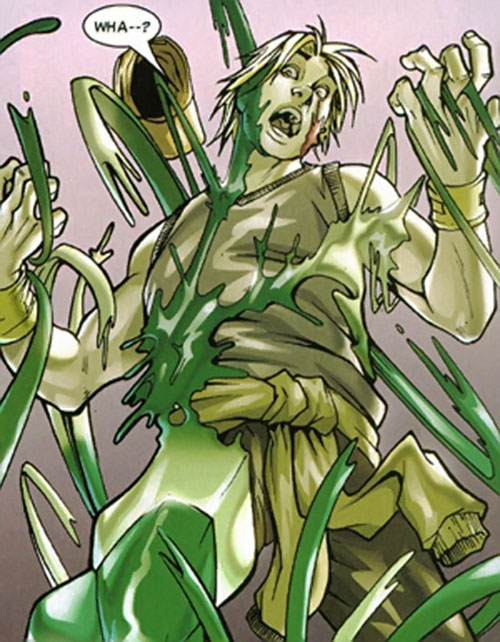 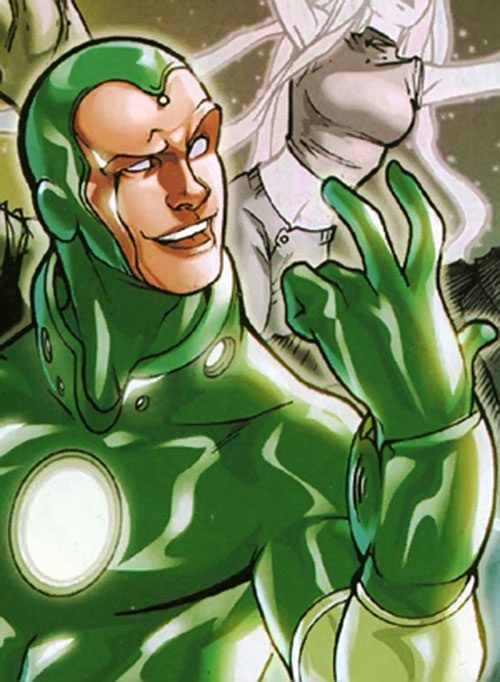