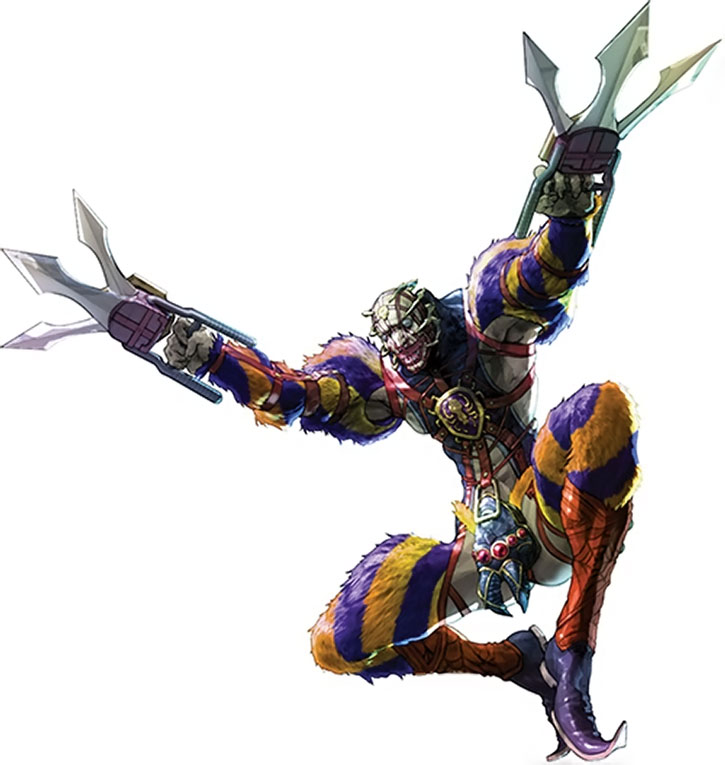 His fighting style is unusual, unpredictable, and deadly. He mixes in a lot of high flying acrobatics along with his natural ability as a contortionist. Voldo both attacks and evades by continually twisting his body into some very strange positions.

Land of the Blind

Voldo is blind and mute. Exactly how he fights as well as he does is never fully explained. He doesn’t really seem hampered by any of his senses so in DC Heroes RPG terms, Full Vision seemed like the simplest solution. 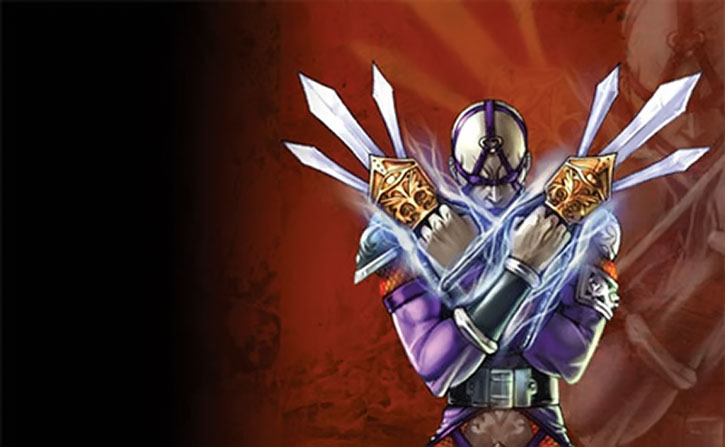 The most likely explanation (or at least the only one that I can come up with) is that he has some sort of sonar sense that’s contingent on vibration or something like that. Voldo can’t read or comprehend colors, but the latter should be obvious given his hideous fashion sense.

Being a competent hand-to-hand combatant using vibrational sense (or whatever he uses) is one thing. But globe trotting in search of various individuals and the Soul Edge is quite another. How is it he tracks them down bereft of sight, sound, and the ability to read and communicate with other people and actually occasionally be successful is quite another.

How does he do it? This is never addressed in the games.

The most likely explanation is that he has been around fragments of the Soul Edge and their tainted energy so much that he actually has Detect (Soul Edge energy) with the discerning bonus. This isn’t too hard to believe considering that a few other characters who have had enough contact with the cursed blade actually have this Power as well. 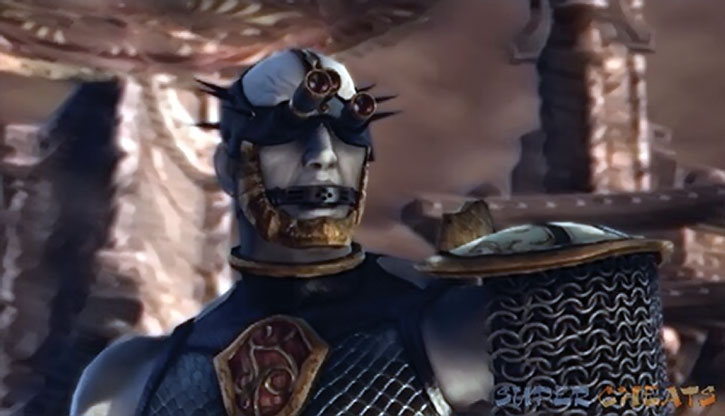 It’s also possible that he, much like a bloodhound, has Analytical Smell/Tracking Scent (Dogs have around 7 APs, but he could have more or less). Voldo is not terribly successful at tracking individuals, so it doesn’t seem nearly as likely as the Detect Power.

The Ghost of Vercci and the Hand From Beyond

Does Vercci’s ghost really haunt the Money Pit to give orders from beyond the grave or is it simply all in Voldo’s head? It’s never really explained, but either explanation is impossible in the Soul Calibur universe.

There is of course another possibility – that the Soul Edge is using Vercci’s visage to trick Voldo into doing its bidding. The game does occasionally hint at this.

But at the same time it also seems somewhat implausible given that the evil blade exists only to absorb other souls through blood and carnage. Meanwhile, Voldo’s mission is clearly to take the blade back to the secluded Money Pit where he can guard it until the end of his days.

Voldo looks more than a little creepy. He’s a tall and gaunt man who moves in an unusual and disturbing manner. All of his costumes are very much bondage oriented. They usually include leather thongs and lots of leather straps and a few spikes, and bits of chain mail and other light armor. 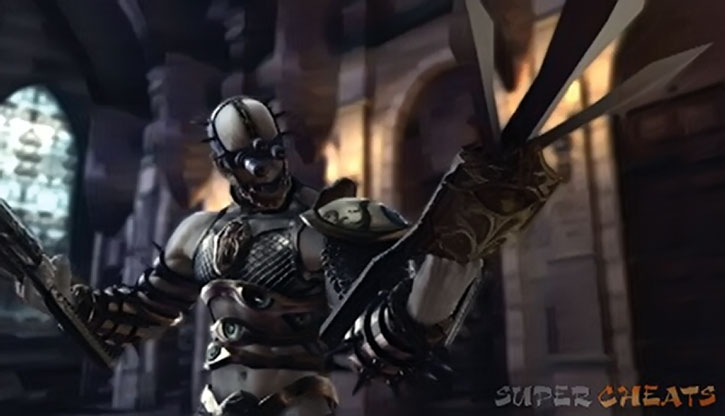 He always keeps both his eyes and ears covered and often his mouth as well. In the very first game his bonus costume was a hideous all bright pink affair complete with a flowing overcoat (!).

Not much of one to really speak of. Voldo has essentially devolved into an obsessed watch dog who devotes every waking moment to furthering his dead master’s last wish. Thus, he’s obsessed with protecting the treasures in the Money Pit and finding the Soul Edge — and that’s about it.

What exactly Vercci ever did for or to him get retain this sort of fanatical devotion is unclear.

Voldo can be inserted into the DCU or really almost any other universe as is. He’d make a great one off villain for lower level heroes if the campaign took an Indiana Jones/Tomb Raider-esque turn that required them to explore a place like the Money Pit. 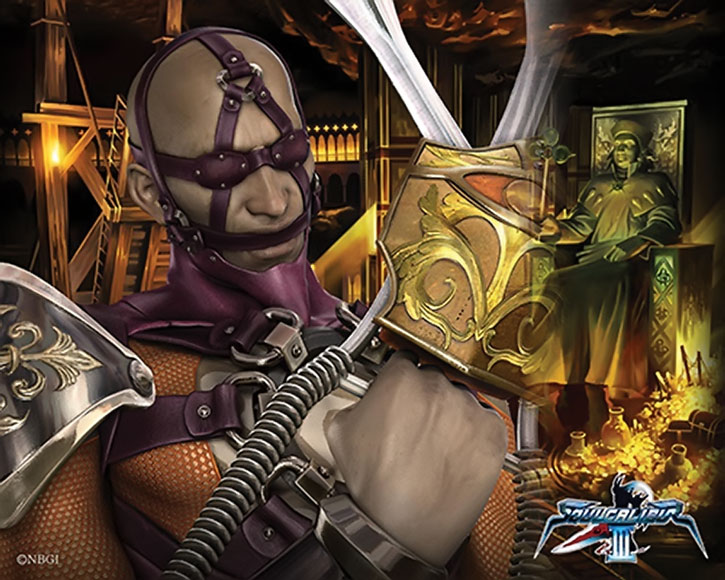 To make Voldo a more credible threat you could give him the My Playground, My Rules Schtick and make sure that the area is mostly dark and suitable to his acrobatic fighting style. For instance, lots of chains and ledges for him to evade and attack from unusual angle and lots of crevices and other odd hiding spots to give him the chance to pull a hit and run game.

You could also make the terrain shakier (a rickety old wobbly bridge perhaps) and give him the Surefooted Schtick for another tactical advantage such as the Land of the Blind Schtick.

Lastly to explain why he’s still alive and well after all this time he could be given Invulnerability. This would also allow him to be a reoccurring threat as he would likely hunt the characters down and keep attacking them.

Or it could give provide a sort of mummy’s curse storyline. A team of archeologists uncovered an ancient treasure and brought it back to a museum, but the team and the people around this treasure start mysteriously dying one by one. 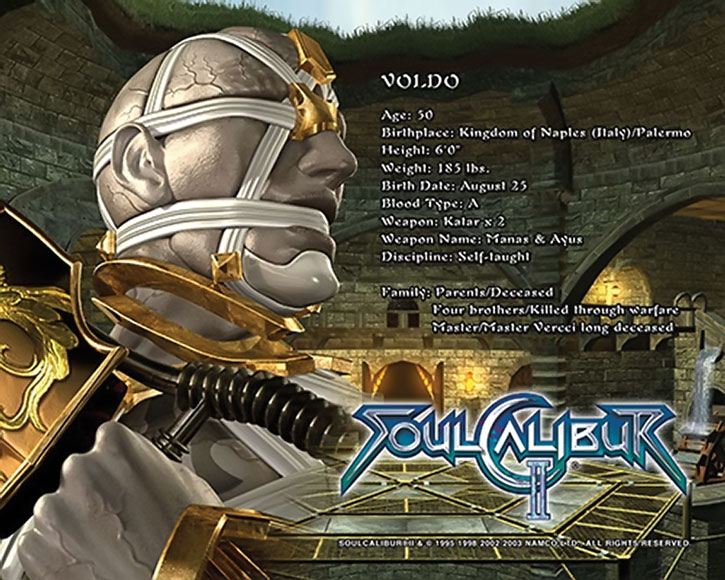 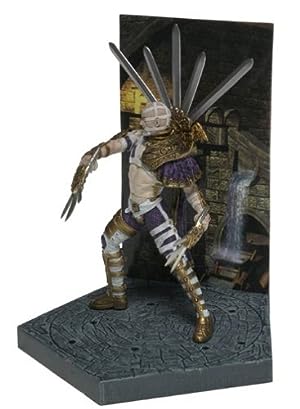 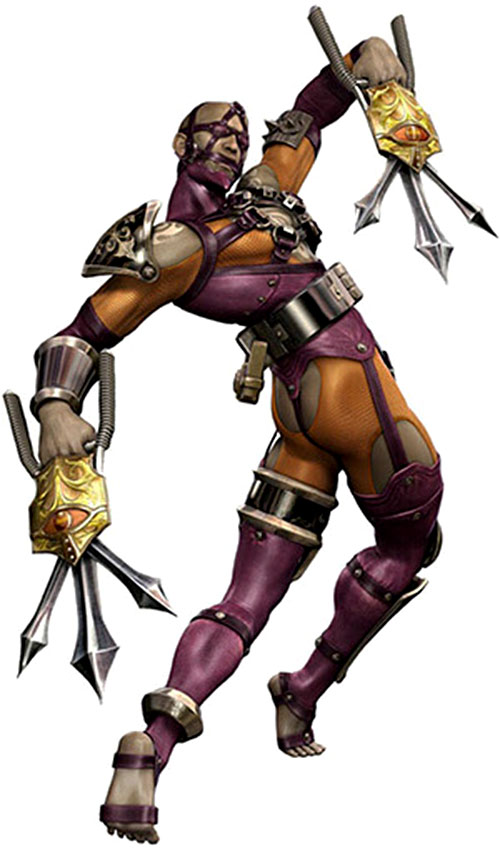 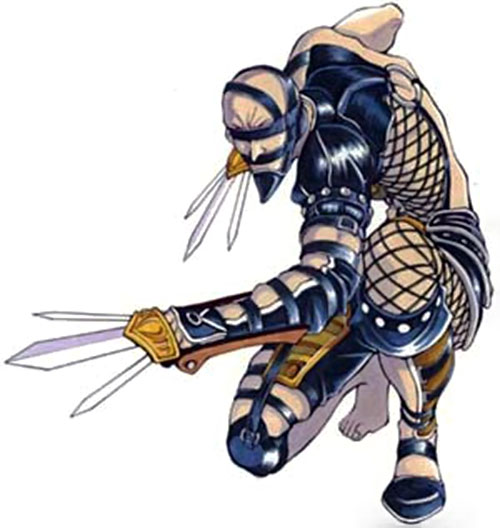 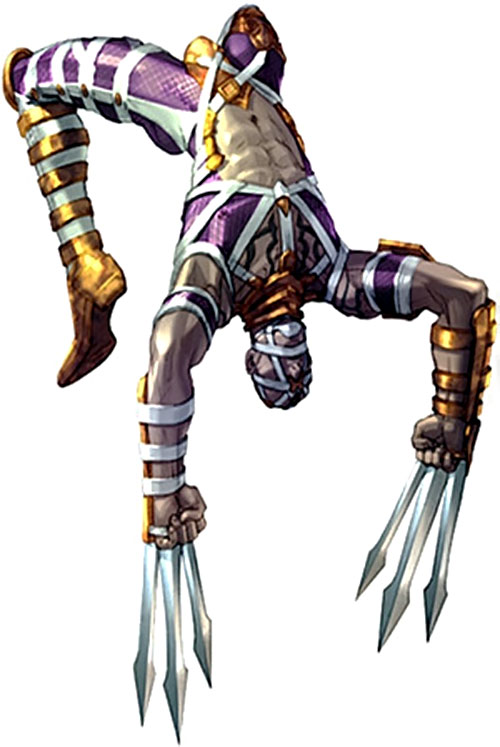 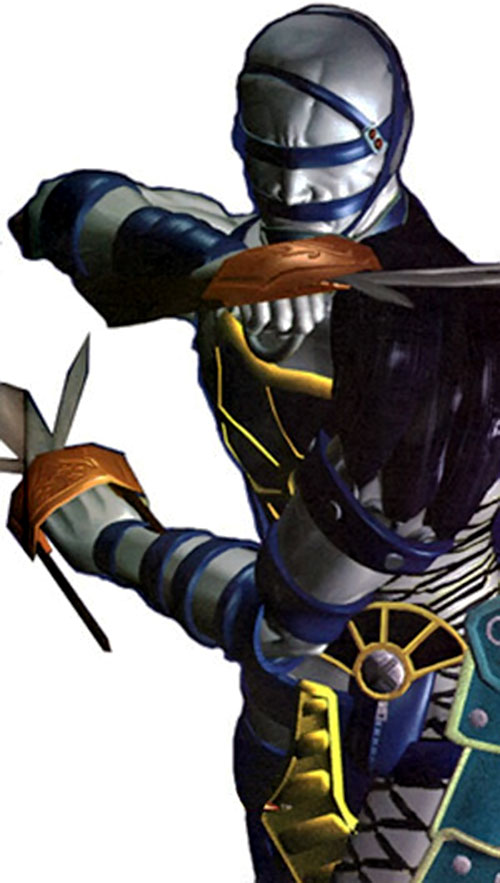 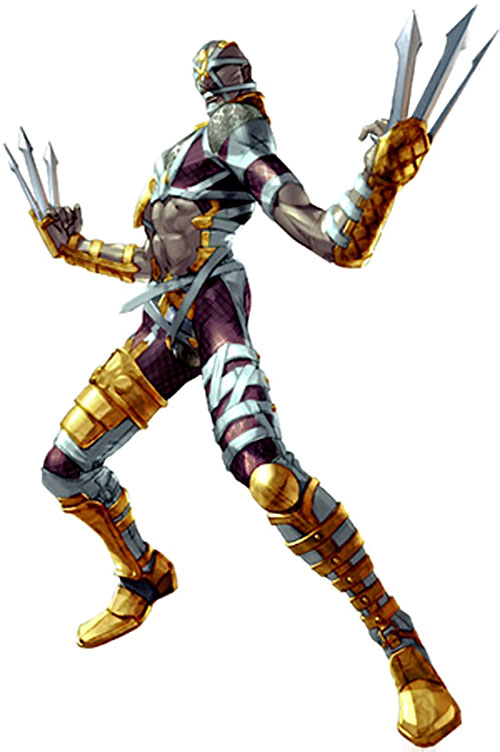 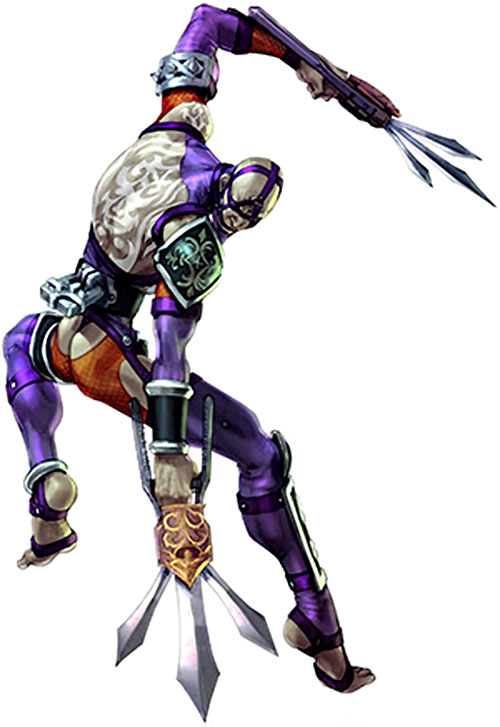