Volstagg is known to be the former “Lion of Asgard”, a great warrior. However, the advance of age and of his waistline made him much less fearsome than before.

He’s part, along with Hogun the Grim and Fandral the Dashing, of the Warrior Three, a band of adventurers which fights for Odin and has often adventured with Thor and/or Balder.

Really huge and really obese. Volstagg sports a long red beard and huge sabre-like red moustaches. He wears a large pink medieval-style vest, with orange boots and gloves and yellow pants. Volstagg also wears a most odd helmet. His head is tiny compared to his girth.

Volstagg is quite level-headed and peaceful for an Asgardian warrior. He has no problems with fighting, but rarely fights to kill. He mostly just sits on his opponents, pinning them. If they still attempt to fight, he bounces on them, subduing them.

He’s quite paternal, and loves his family which, last time I checked, numbered 18 children, including two from Earth (adopted orphans).

“Though the unmatched strength of Volstagg shall soon shatter these ignoble chains… who knows what words would flow… if my tongue were loosened by a tankard of cold ale ! A desperate stratagem… but one which is surely not beyond such crafty foes as thee !” 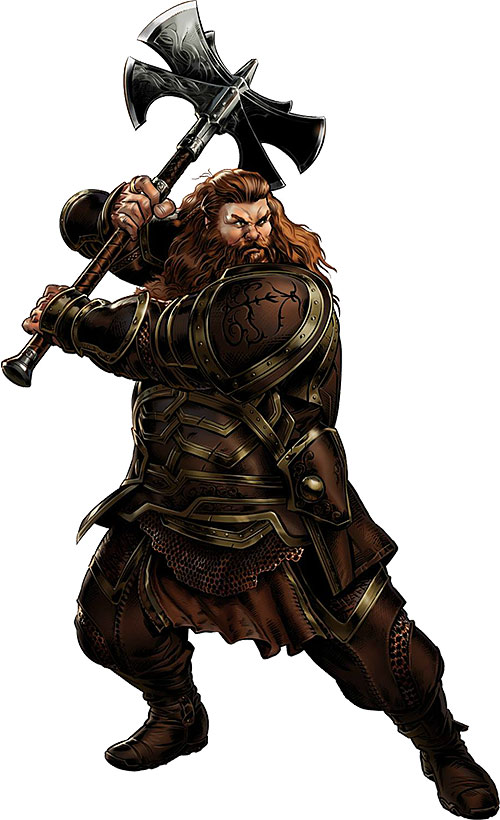