This minor Black Panther foe was briefly seen but once, in 1988. But there are hints that he has more texture than what we had time to see.

He is an accomplished hunter and fighter.

A White native of Zimbabwe, Voortrekker had a reputation as a hunter. He came to Azania while hunting down the criminal Impala.

Eventually he was to being inducted into the national superhero team, the Supremacists. When a shadowy cat-like being began murdering government officials, suspicion fell on T’Challa, the Black Panther, head of state of the neighbouring country of Wakanda.

The Supremacists were sent to capture the Black Panther. They stormed the Wakandan council chambers, but T’Challa managed to evade their initial attack, and drew them into the jungle.

He managed to pick them off one at a time. While clashing with Voortrekker, he pulled him into the way of Harrier’s attack, subduing him.

Calm and professional, Voortrekker is the most experienced member of the Supremacists.

He sometimes becoming exasperated by some of his team mates.

“Quit browbeating them, Avenger ! My tracking powers have found him with no problem-he is there !”

Black Panther: “Voortrekker, is it ? I’ve heard reports of your skills ! So you’ve teamed up with these racist thugs !”
Voortrekker: “Sharp words from an assassin !” 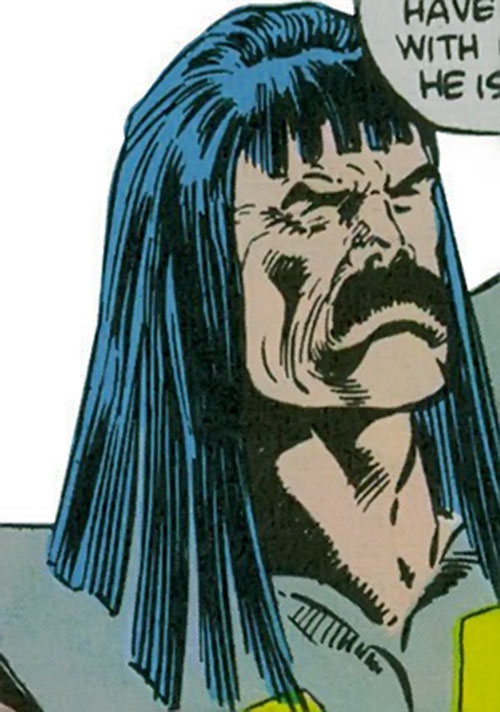 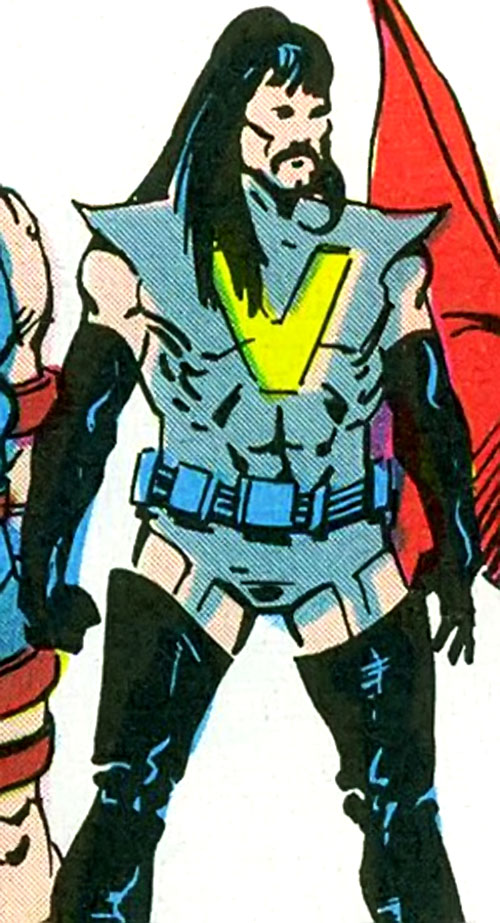