Vor-Em appeared in 1997-1999 Supreme comics, from the splinter of Image Comics that became Awesome Comics. The Rob Liefeld part, basically.

Vor-Em is a savage, super-tough and super-strong alien mercenary. He can easily oppose the most powerful metahumans of the Supremeverse and is exceptionally hard to put down. He mostly relies on his own physical abilities and, on occasion, employs an axe.

His main drawbacks are his lack of analytical thinking. He’s rather easy to trick.

Vor-Em was a murderous freelance executioner from the Antares system. Many years ago, he was hired by Darius Dax to execute Supreme. After several tough encounters Vor-Em was defeated. Supreme imprisoned him in the dimension known as the Hell of Mirrors, as its second prisoner (the first being Korgo the Space-Tyrant).

Vor-Em remained there for nearly three decades. He was freed when the Televillain broke out. Vor-Em joined up with Korgo as his bodyguard when Korgo took over the presidency of the United States of America. He thus became his vice-president.

Vor-Em was again defeated when Supreme affected him with the Slaver Ant’s (another Hell of Mirrors escaped convict) propaganda chemical. The chemical made Vor-Em believe that the Shadow Supreme was actually his enemy Supreme, and the two of them beat each other into unconsciousness.

Vor-Em was then again entrapped within the Hell of Mirrors.

Vor-Em looks like a great, savage humanoid lion, complete with a lion’s head and tail.

He often wears some rags as clothes, and is tidied up when employed.

Vor-Em loves violence, killing and combat. He is a reputed and ferocious killer.

He will hunt down anyone for a fee, which isn’t necessarily a high fee. He wants to show off his capacity for his profession as a freelance executioner. He will gladly work as a henchman for criminal masterminds.

Vor-Em respects power and can be affected by a display of power. Any sign of backing off from a fight is regarded as weakness and will likely result in mockery and taunting.

In most situations he will follow his savage instincts ignoring logical and analytical thought.

Vor-Em is the Supremeverse’s equivalent of either the Galactic Golem or of Lobo the Main Man. Given his name and savagery he might be another odd, perhaps mutated Phantom Zone villain. 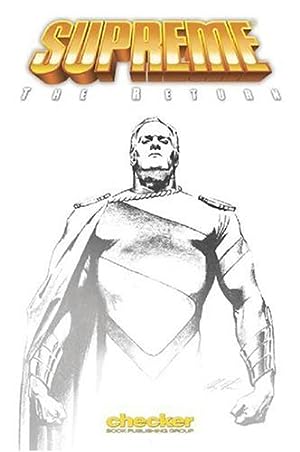