Vores have the most unusual appearance of any of Shub-Niggurath’s minions. They are pale, bloated humanoids with three legs (the third leg an extension of the spine) that end in speartips instead of feet.

Their hands are primitive pincers and their heads have same eyeless-with-large-skeletal-grimace motif as the Shamblers and the Fiends. 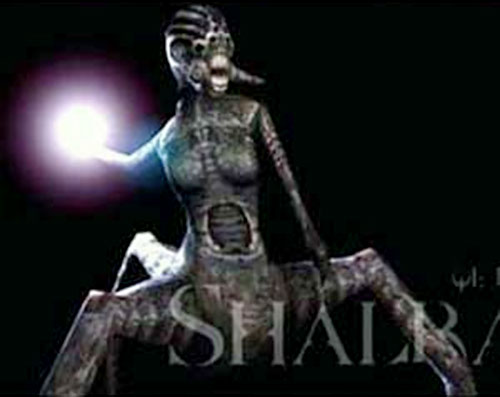