Tim the Enchanter : “ Follow only if ye be men of valor, for the entrance to this cave is guarded by a creature so foul and so cruel that no man yet has fought with it and lived ! Bones of full 50 men lie strewn about it’s lair, so brave knights if you do doubt your courage, come no further ! For death awaits you all with nasty big pointy teeth.”
King Arthur : “What an eccentric performance…”

It can make prodigious leaps and can tear the heads off armored knights with little effort. It will attack like a thing possessed until the opponent flees a safe distance (about 20 yards usually does it), and has been known to make brave knights soil their armor.

You can recognize the VB burrows from any other fluffy white rabbit’s burrow by the piles of bones and skeletal remains out front.

The background of the infamous Vorpal Bunny is difficult and nebulous to track down. However, it has been theorized that the bunny was cursed by Joseph of Arimathea  to guard the writing which would guide searchers to the Holy Grail.

Either that, or it had made a bargain with the Old Man from Scene 24 (and Tim the Enchanter apparently, who guided fresh victims to the cave) to have a little fun at the expense of questing knights. 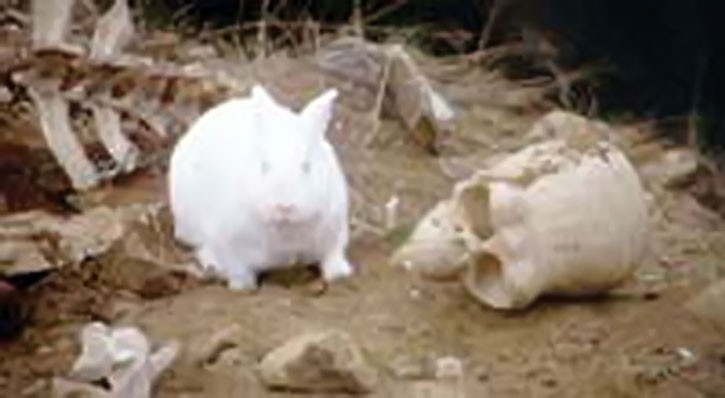 This it did until 787 AD, (and got thoroughly pissed as a result) when it met King Arthur and his Knights, guided by Tim the Enchanter, who were searching for the Holy Grail under direct instructions from God.

King Arthur lost 3 of his best knights to the Vorpal Bunny before blowing it to pieces with the Holy Hand Grenade of Antioch, one of the sacred relics they carried on their quest. A Vorpal Bunny has not been heard from since, although it undoubtedly had a burrow full of little VB’s to replace it.

The Vorpal Bunny is sweet, cute, and furry, until one attempts to enter the Cave of Caer-Bannor. Whereupon it becomes a “beast so foul and so cruel that no man has fought with it and lived”.

It is motivated, it seems, by a hatred of anything that lives, although it lives on relatively good terms with the Black Beast of Aaargh and the Old Man from Scene 24.

Not bloody likely, but a nest of these relatively harmless creatures would make a formidable foe for any well-meaning street hero.

Source of Character: Monty Python and the Quest for the Holy Grail (movie). 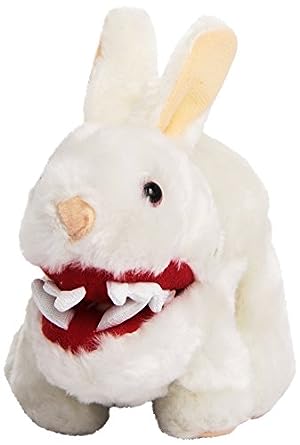 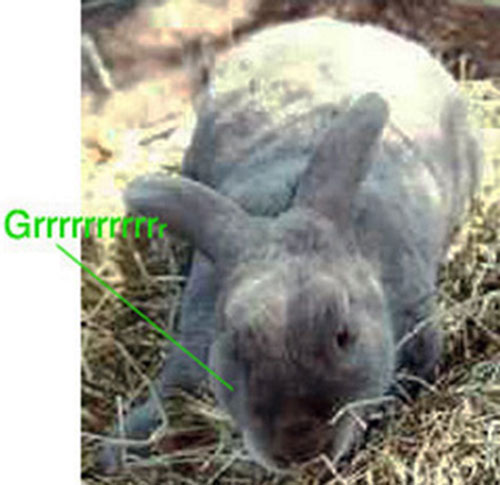