Phineas Bogg was chosen from 17th century piracy to become a Voyager, to travel through time and fix defects he finds in history. However, he was one of the less attentive students in Voyager School, due to his attraction to a blond classmate named Susan.

Bogg was therefore one of the more guidebook-reliant Voyagers. Which made it that much more catastrophic when said guidebook was stolen in 1982 by Jeffrey Jones’s dog, Ralph.

Unable to retrieve it and save Jeffrey from falling from his uncle’s apartment, Bogg jumped out and saved Jeffrey. This left himself without a guidebook, and Jeffrey with no way home.

Since then, Jeffrey functioned as a replacement guidebook for Bogg, informing him of how history should be going when he finds something wrong. 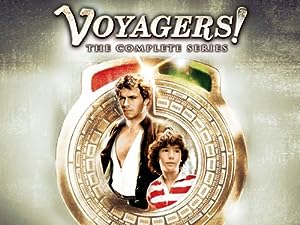