These aliens appeared in a 1981 Superman spin-off Limited Series, about the history of his native planet of Krypton.

It’s all pre-Crisis, and thus out of most subsequent continuities.

The Vrangs are physically slightly superior to Kryptonians, at least on Krypton.

Their only weapons are their ray-weapons, which were easily taken once it occurred to the Kryptonians to do it.

In the Kryptonian year 6819 (In Earth’s mid-25th century B.C.), the Vrangs landed their invasion fleets on Krypton and enslaved its population. That was despite warnings by Sul-El of the coming ships. 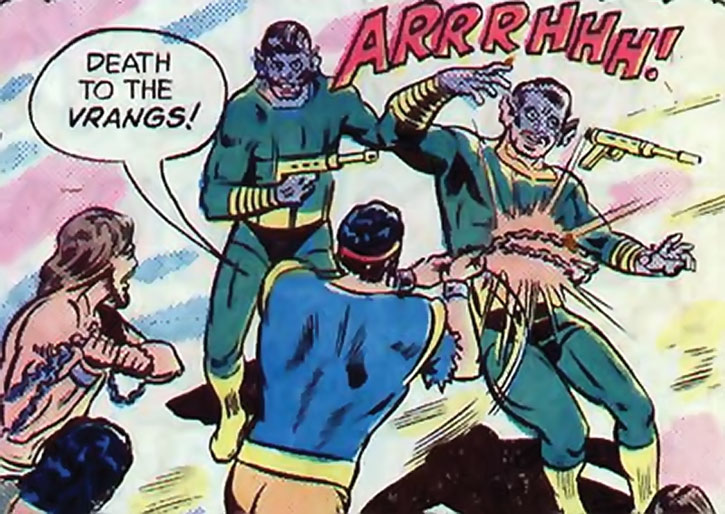 Kryptonians were then forced to mine crystals from the Jewel Mountains, and other locations on Krypton. But in 6832, one Val-Lor refused to feign happiness with Vrang rule.

Val-Lor was executed for his truthfulness. But the other miners, led by Hatu-El, took back the Jewel Mountains and killed all Vrangs there. With Hatu’s new invention, the generator, and the Fire Falls to power it and keep their stolen ray-guns charged, the Kryptonian rebels were able to drive the Vrangs off their planet.

In the late 20th century A.D. (Kryptonian Year 10018), a Vrang ship tried to wipe out the few Kryptonians living on Earth. But they were thwarted by Phantom Zone escapees Dru-Zod and Faora Hu-Ul.

The Vrangs enjoyed dominating Kryptonians just a bit too much, never expecting anyone to disobey. When they did, it was a total shock to the Vrangs, as it would be to Earth’s people if all house cats took up arms against humanity.

Bonuses and Limitations:
Gadgetry is limited to power user and maintenance operations. 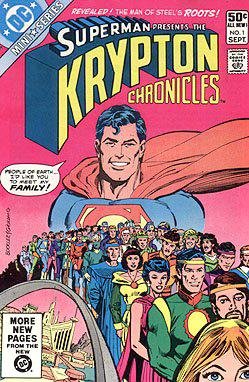