This mysterious character was only seen in one storyline of the brief-lived 1976 Black Goliath series.

He could be… pretty much anything. Thus he’s not a bad base if you want to develop an obscure, lost Marvel character for a story.

Vulcan is a super-strong giant with solid hand-to-hand skills. And of course, he’s faster than he looks.

His body can build up a charge of an unknown form of energy. Vulcan can release it through special weapons as a ranged blast.

Vulcan seemed to be a competent criminal leader, and was backed by his own cadre of agents. Vulcan’s men wear Halloween masks (zombie, demon, goblin…) and biker outfits. When they appeared they had M14 battle rifles, motorbikes and semi-automatic tranq dart pistols. There are usually five of them.

Vulcan was seen but briefly. He had been hired by an unrevealed party to steal something at the Stark Industries L.A. branch. His men breached into the compound and took out the defences (including several gifted employees nicknamed the Whiz Kids). But they were then stopped by Black Goliath (Bill Foster) and had to retreat. 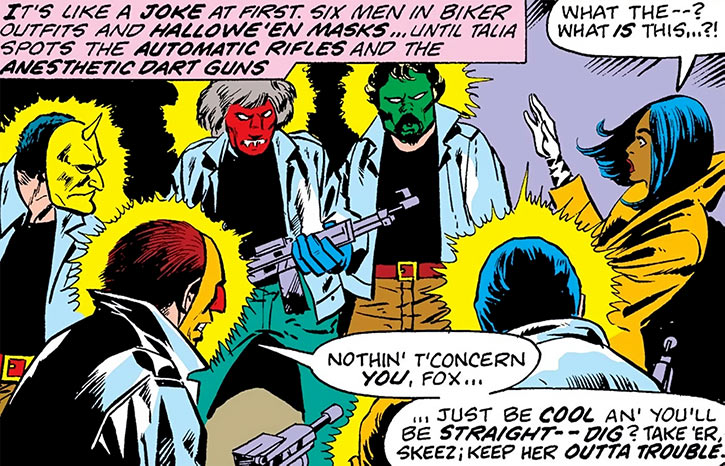 Vulcan suddenly came to the rescue of his men, smashing the front of a pursuing LAPD cruiser and killing the driver. Black Goliath did not fare well against Vulcan. Yet Foster managed to throw a burning motorcycle at him, stunning him with the impact and explosion.

Vulcan counterattacked with his blasters, collapsing a building on Black Goliath. Since the item he had been hired to take was also under the building and the LAPD was closing in, Vulcan had to flee.

While Vulcan has a kyphotic back, it does mot seem to hinder him while moving. But he is of course hunched forward.

Hard to say. He seems to be a confident professional.

Equipment:
WRIST BLASTERS [BODY 05, Energy blast: 10, Limitation: Firing takes an Automatic Action prior to the Dice Action of the shot ; Misc.: Those weapons draw on Vulcan’s special energies and can only be powered by his body].

Equipment: Either one of: 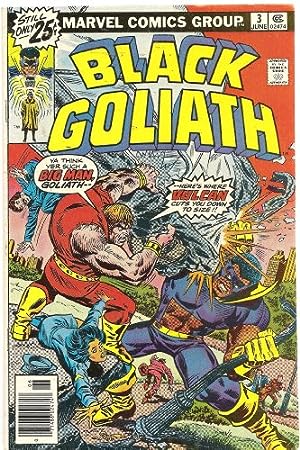 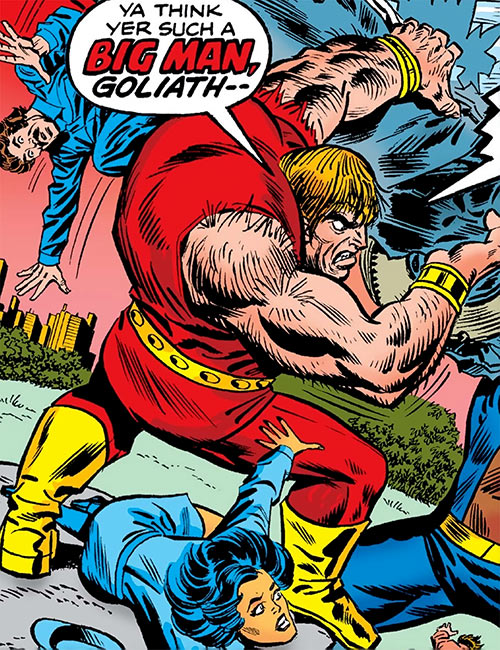