Vulcanus is an obscure opponent of Batman & the Outsiders.

He was only seen in one 1984 story. Perhaps because he breaks one of my Extremely Wise Rules (avoid creating characters whose name ends in -anus).

He’s conveniently generic and undetailed, *and* she’s part of a themed team (Antaeus, Argus, Diana, Nox, Proteus). So having notes for these guys sounds good to us.

Vulcanus can throw fireballs, and wields a powerful hammer. 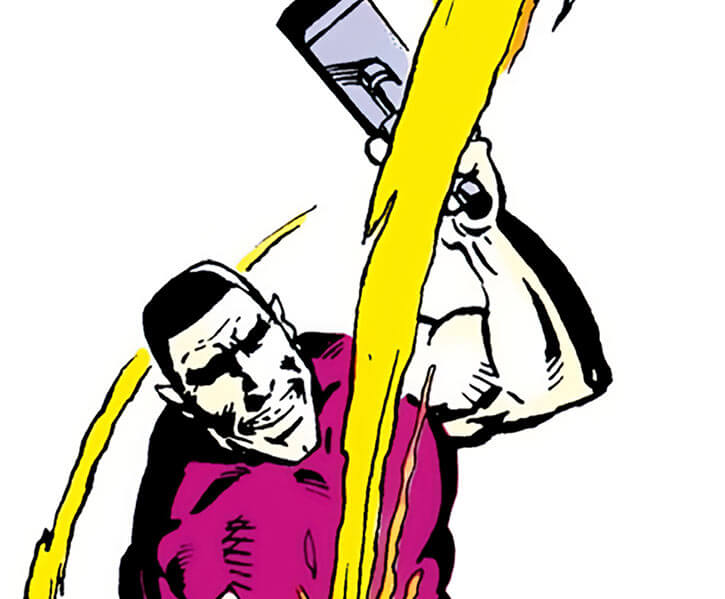 Vulcanus and Proteus II challenged Metamorpho and Black Lightning to a sort of combat handball. They were defeated.

In 2008, the New Olympians were seemingly slaughtered off-panelNot directly shown in the comic. Off-screen., from ambush.

Unrevealed. He barely spoke during his appearance.

Flame project has the Scattershot modifier.

Martial artist (EV) can only be used when wielding a blunt melee weapon (-2).