The Vulture is obviously cybernetically and genetically enhanced. He also once made an oblique reference to having been “made” by a corporation.

It is unclear whether his claws are gadgets or cybernetic implants. But what is certain is that they can easily kill in one blow, especially since the Vulture 2099 usually makes flying lunges.

Spider-Man 2099 met the Vulture 2099 in the lower parts of New York City, where he commanded one of the largest armed factions : the Freakers.

The Vulture saved Spider-Man from armed guards, with the intent of recruiting him as his lieutenant for the Freakers. However, Spider-Man 2099, disgusted by the Vulture dietary habits, attacked him.

At the end of their fight, the Throwbacks (a rival gang) inflicted severe losses on the Freakers. The Vulture was apparently killed by Spider-Man.

The Vulture 2099 seems to be from the corporate class. He’s reasonably intelligent, and much more articulate than usual for downtown New York. Yet, as befits to a gang leader, he places much emphasis on cojones and often taunt his opponents about their lack of such. When he’s flying, he’s even more condescending toward his opponents.

The Vulture is quite insane. He feels that he literally owns the skies. As a result, he started a war against Alchemax as he feels their police mounted on skycycles take the sky away from him.

He’s also very proud of his cannibalistic habits. His only food is human beings, and always eat the people he killed. The Vulture enjoys the revulsion it triggers in most persons, often taunting them with the fact that he’s a cannibal gourmet. He even rationalises his vice as corporate acquisition, the big fish eating the little fish.

“All right meat ! I’m sick of playing games with you ! If you won’t be my main man, you’ll be my main course !”

The 2099 universe is quite specific, especially since parts of it are built on the misunderstood heritage of the heroic Marvel age. Still, Vulture 2099 could be a dystopic Hawkman from some failed timeline. 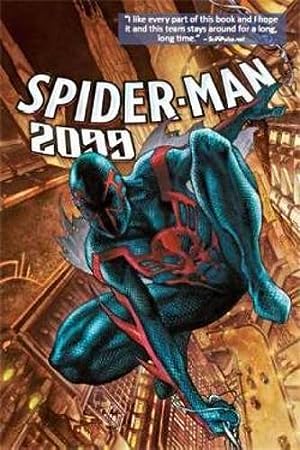 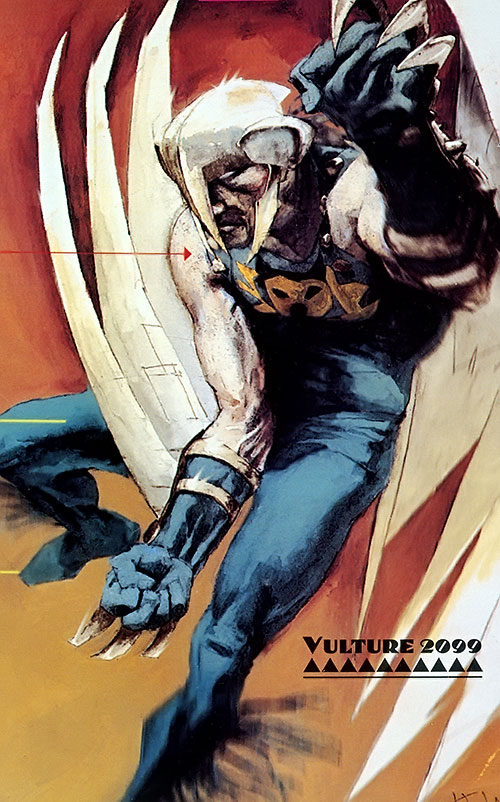