Drago wears the same equipment as the Vulture I, with much the same benefits (plus a helmet with a built-in short-wave receiver).

However, he’s not as skilled as Toomes in combat flying and aerial stunts.

Blackie Drago was a professional criminal. He was once imprisoned in the same cell as Adrian Toomes, the original Vulture. Wanting to steal the Vulture costume, Drago pretended to become Toomes’ friend. Yet he made little progress that way.

He then chose to manipulate and betray him. It was almost the same plan that Toomes’ old associate had done years before, which resulted in Toomes creating the Vulture identity in the first place. As part of the plot, Drago caused an accident in the prison’s workshop, which grievously wounded Toomes. 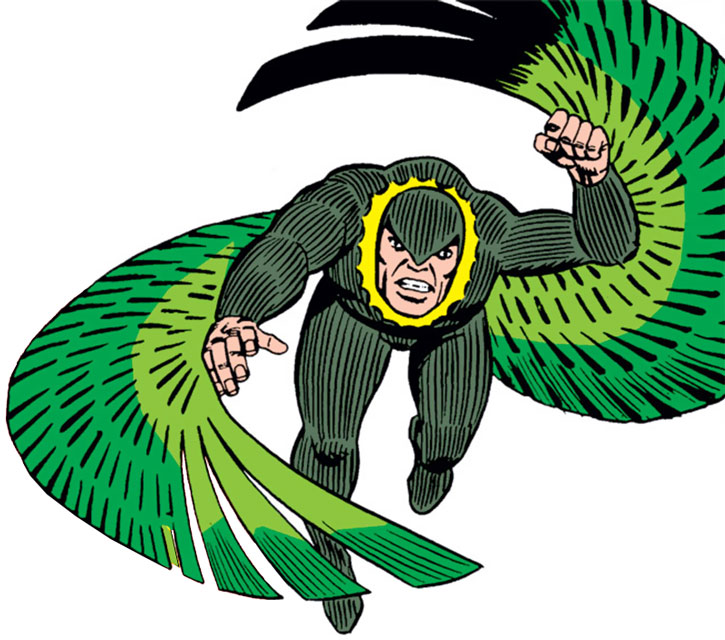 The injured Toomes was afraid he would die without ever getting his revenge on Spider-Man. Thus, he consented to tell Drago where the costume was hidden, asking Drago to defeat Spider-Man for him.

Eventually, Drago escaped and became the second Vulture. He was not as skilled as the original, however, and was swiftly defeated by Spider-man.

The vulture is a bird of prey

Hearing about Drago’s failure, Toomes had an upsurge of will. As a result, recovered from his wounds then escaped from the prison. He built a new Vulture costume and broke into an exhibit to steal the one he had given Drago. Ater giving the spare costume to Drago, Toomes challenged him to a battle for the name of the Vulture.

Toomes ignominiously defeated Drago, who disavowed all claims to the Vulture identity and was returned to prison.

A young, smooth, cocky criminal. He became power-drunk while wearing the Vulture outfit and saw himself as a grandiose master criminal.

If you have somehow incorporated the first Vulture into the DCU, fitting the second one should be easy.

Drawbacks:
Arch-enemy (Vulture I), Loss Vulnerability (if separated from his harness, see below).

Drago’s enhanced physical speed, strength and durability are due to the harness. It infuses his body with special energies. For each week Drago is deprived of his Vulture harness, he loses 2 APs in all Physical stats down to a minimum of DEX 03 STR 02 BOD 03. 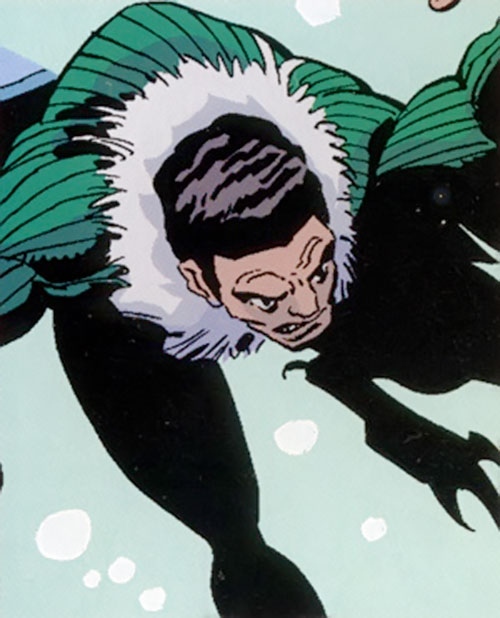 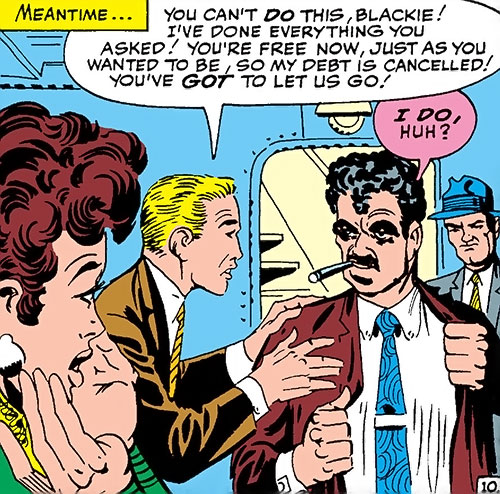 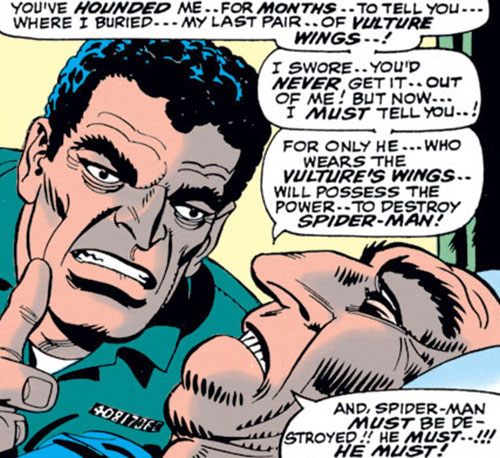