Walter is a trained biologist specializing in bio-chemistry. He’s picked up a little engineering knowledge while volunteering his free time to help the Weapons Research Division test their wares, but it’s just enough to be dangerous. His delight with firearms is exceeding only by his ineptitude with them.

He is quite knowledgeable about gangsta rap, and enjoys “gettin’ jiggy wit’ it” to the likes of Flava Flav and Public Enemy, a sight even more haunting than the alien hordes of Xen. Though rap is his favorite style of music, Walter will pitch a tent over just about anything with a beat to it (heavy metal, disco, etc.).

Walter is a bit of a gunfondler, though he’s never had the gumption to buy a firearm of his own and he couldn’t hit the broad side of a barn if he was inside it. Consequently, he likes to play around on the BMRF Security Division shooting range and the Experimental Weaponry proving grounds as much as possible. Thus, he has access to most of the weapons in Black Mesa.

Still, he’s most likely to go for one of the following experimental devices in an emergency, since they’re big, shiny, and make lots of noise and light.

Walter’s history is unremarkable, by and large. He demonstrated himself to be of adequate ability in college. Then he managed to snag a research grant at Black Mesa. He made liberal abuse of his position there to engage in whatever oddball experiments came to mind and to lord it over his subordinates.

Walter’s life was severely disrupted by the Incident at Black Mesa. He spent the first hours in a state of hysteric catatonia. Then, working with Security Guard Barney Calhoun and Doctor Rosenberg, Walter helped to restore a prototype teleporter and escape Black Mesa with his compatriots.

Walter is a thin, balding, middle-aged Caucasian male with thick eyeglasses and a somewhat hapless expression. Though he is of a thin (but wiry !) build, he pictures himself as being endowed with a sinewy musculature that Conan the Barbarian would envy.

He can always be found wearing his lab coat with formal attire, though he finds wearing a tie rather irritating.

Walter Bennett is an absent-minded scientist straight out of a ’50s sci-fi B-movie. He’s totally enthralled with his work (and any attractive women that might be nearby). He takes great delight in silly witticisms.

He is quite verbose, often attempting to impress others with his florid polysyllabic language. Most of it is a blatant case of overcompensation to any knowledgeable person. Think of Ash trying to sound knowledgeable in Army of Darkness.

Nevertheless, Walter persists in seeing himself as a revolutionary genius. Thus, he blames any difficulties or insoluble problems on inept co-workers, the capriciousness of fate, or his inexplicably more successful colleague Dr. Gibson (whom he loathes with a passion).

In addition to his delusions of sagacity, Walter also fancies himself quite the adventurer. He his particularly proud of his pugilistic skills, referring to his “Flying Fists of Fury !” whenever danger lurks… only to roll up into a whimpering fetal ball when danger stops lurking and raises its ugly head.

“With my brains and your brawn, we’ll make an excellent team !”

(With a quavering voice) “I’m not going another step !”

Walter makes an excellent sidekick/assistant to be foisted onto the PCs as a witness to or a participant in any events at a laboratory. He can provide exposition and tag along with the PCs, eager to test his mettle but breaking down every time something untoward happens nearby.

His panicked use of experimental weapons can provide all sorts of entertaining collateral damage.

Though Walter likes to play with experimental weaponry, he doesn’t actually design or build any of it. Thus, he does not have any of the advanced skills necessary to construct such devices.

Walter Bennett — A Legend in His Own Mind

This is Walter as he imagines himself to be.

“But I was simply too strong for them. I climbed over cliffs, commandeered helicopters, and tore through armies with nothing but my bare hands. I was an unstoppable force ! I tore off my shirt and swung through dangerous jungles like an ape-man, annihilating the Administrator’s evil minions with my rebellious fellow apes !”

In DC Heroes terms, all of these weapons require the Weapons (Exotic) Skill and use the same radioactive batteries for ammo ; each battery is equivalent to 5 ammo charges for the Displacer Gun, 20 for the Gauss Gun, and 10 for the Gluon Gun. 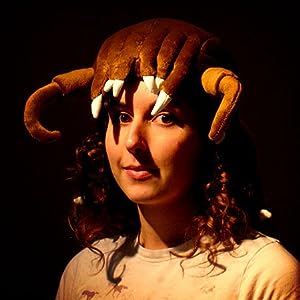