They are often thought to be an homage to the xenomorphs in the Alien movies series, though the parallels aren’t entirely convincing.

Wanamingos do not resemble Earth life much. Thus, they can easily be thought to be space aliens (or even demons and the like).

They are fast, extremely resilient and sport deadly tentacles and huge maws. The level of threat they pose isn’t unlike deathclaws.

Their main asset is how resilient their “skin” (or is it chitin ?) is. Common handgun rounds are practically useless against a wanamingo, as is the majority of muscle-powered melee weaponry. Even assault weaponry may fail to inflict telling damage.

They are significantly more vulnerable toward fire. But this vulnerability is unlikely to be known. Wanamingo are rare, and the odds of them just happening on people walking around with flamethrowers are near-zero.

Wanamingos are oviparous, and seem to have some sort of hive mind. In some ways they evoke a cross between ant-like insects and predatory fishes or molluscs from the deep ocean.

A larger, light grey wanamingo who appeared to be a “queen” — in the entomological sense — was also encountered.

Wanamingos are not hampered by darkness. They *might* also be good swimmers.

According to secondary sources , these creatures are biologically engineered weapons, using the Forced Evolution Virus. Reportedly, they were to be unleashed against weakened enemy territory to finish them off at very little cost.

In either case, the population of wanamingos seems to have been small. Perhaps there were not enough queens. In the game, only one real nest was encountered – by the Chosen One, in 2242. Its population, including its queen, was killed during that encounter (which took a lot of bullets and buckshot).

The nest existed within the Great Wanamingo Mine, which is whence their name is derived.

Wanamingos are thought to have gone extinct in the wake of this queen’s death. However, this was not immediate. More wanamingos were encountered (and killed) aboard the abandoned oil tanker Valdez, near San Francisco.

Further appearances are disputed. However, Dr. Athena Griffin did kill several roaming wanamingos in the Capital Wasteland in 2258. These were isolated specimens.

A sleek, elongated cucumber-like body without any features save for a huge maw, atop a pair of amphibian-ish legs and with a pair of sort-of-tentacles “arms” that evoke calamari. Wanamingo have dark skin, though it’s hard to tell the hue in darkness.

They make little noise. Wanamingo do not have eyes – how they navigate is unknown. There are holes on their head, which might be air intakes, or some sort of sensory organ, or gills, or… something. Our game stats assume an unexplained ability to sense preys, perhaps tied to electrical fields.

These seem to be aggressive drones who kill and eat most everything. They appear to prefer to live underground, and their tentacles can help them dig thanks to their sheer strength.

Drawbacks:
SIA toward fleeing if a limb is wounded.

We will rock you

A queen has an additional 5 APs of Damage Capacity.

See our deathclaws creature profile for explanations about scale assumptions and probabilities and stuff. 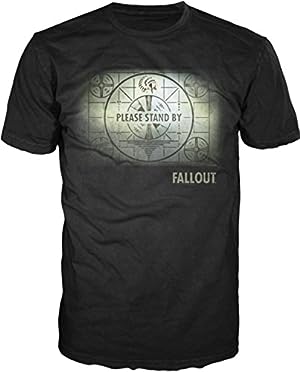