This article is about animals in the Warframe video game.

If you’re not familiar with this world, we suggest that you first read our primer to the Warframe setting.

However they have multiple tails, feather tufts, and somewhat bird-like legs (but with cat paws). Some also have scales.

It seems likely that they are a product of genetic engineering. Though it is possible, depending upon how far in the future Warframe is, that they evolved to their current state.

For instance, they might be Earth felines who adapted to Mars.

Kavats seem to be a rare species. Most specimens prey on Infested creatures, and so they are found near Infestation sites. Which, until recently, meant Orokin spaceships/space stations that have been lost for centuries.

It doesn’t seem possible to tame kavats. However, it is possible to use genetic material from feral kavats to grow a new individual in vitro. These can be tamed, presumably due to baked-in genetic modifications.

Five types of kavat are found in the game as of this writing.

Tenno-grown kavats are classified as either a “smeeta” or “adarza” breed. This might correspond to a genetic template that is then mixed with feral genes. Perhaps such templates are incomplete, and not viable by themselves.

Even when there’s resources to create a Khora warframe with her feisty feline friend, genetic samples from wild kavats are needed to grow a Venari clone. 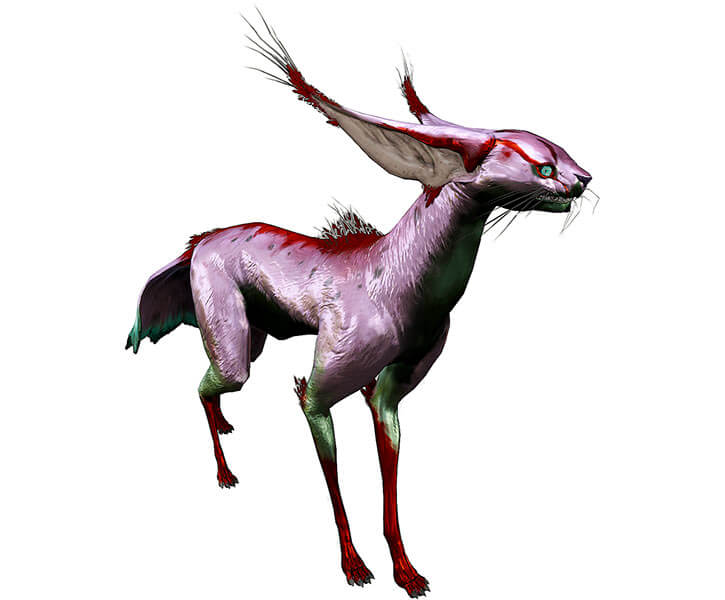 Even feral kavats seem much hardier and deadlier than a normal Earth leopard.

Beyond what you’d expect from a feline hunter, one notes :

These ricochet-off-the-walls manoeuvres are particularly noticeable with Venari. An angry Venari will turn a corridor into an enemies blender. And Venari’s secret is that she’s always angry.

Kavats kept as warbeasts can be given super-powers. Such as super-strength and psionicsPsionics are sci-fi style psychic powers..

These factors suggest that the kavats might be Infested themselves, but using a specific controlled strain. The precedent here would be the Helminth strain of Infestation.

This hypothesis would also explain some of the odder Warframe mods, such as lifesteal from a warframe to a pet (and vice-versa). Infested creatures are known to be able to heal and bolster each other, after all.

The cat from outer space

In Warframe, kavats can deploy special capabilities (“mods”). These include critical hits facilitation, a chance to reflect shots hitting the kavats, generating an illusory decoy, and good fortune with found loot.

(There’s something oddly satisfying about seeing some goon shooting your cat and instead getting hit by their own, reflected attack. Especially when it’s a rocket.)

With the exception of the decoy thing, this evokes probability manipulation psionic powers. So we’re going to assume here that kavats have Scarlet-Witch-like (or Black-Cat-like) psionics, with a broader range of applications than what’s in-game.

This also riffs off popular associations between cats and luck.

A kavat could thus provide their companion with all sorts of interesting effects… if they feel like it. 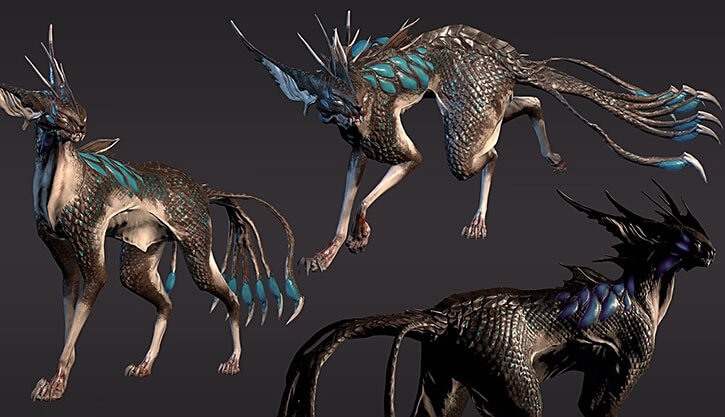 One example specimen for this entry is my in-game companion, Muffin The Vain Kavat. Her purple fur and immense tufted ears are distinctive, but she’s otherwise typical of the species.

Strange fur colours like Muffin’s are common for Tenno-grown kavats. Feral specimen are drabber and more… reptilian (a bit like Gremlins, really). It would be unsurprising if the Orokin deliberately engineered kavats so they could come in designer colours.

An image search for “warframe kavat” can show other specimens. There are even discussion threads of kavat breeders, since the game allows for breeding cosmetic traits.

The other specimen with the loud fur colours — below — is Parakaat, my little smeeta helper. 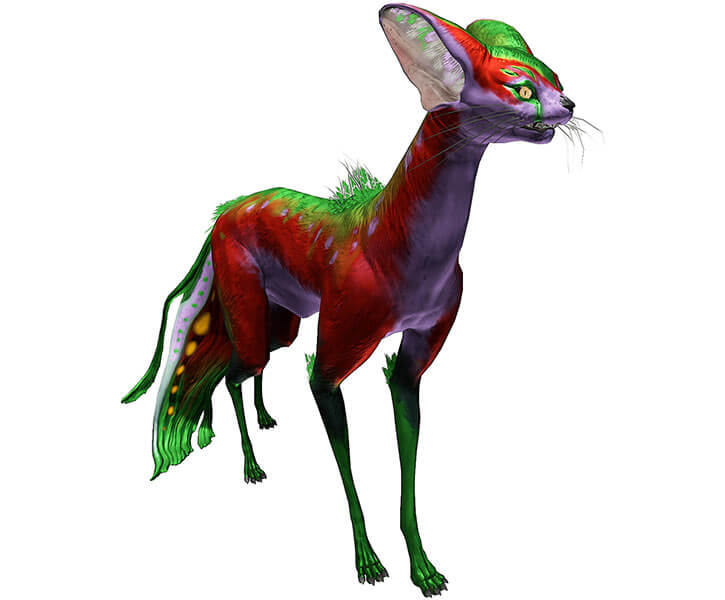 Parakaat, a smeeta kavat. It’s a pun on “parakeet”, because I am naturally hilarious. And if you must know the vasca kavat in the header is called Meowglobin.

Feral kavats stalk the Infested, but aren’t naturally aggressive toward non-prey. However, this can quickly change if you corner them for a genetic scan, or get between them and their prey.

The Grineer’s hyekka are almost canine in behaviour, coming across as vicious attack dogs.

Kavats lab-grown by Tenno largely behave like house cats. One suspects that the genetic package to make them tamable duplicates some house cat brain structures. Kavats are more cooperative than felis catus, though, which I’d consider a godlike feat of genetic engineering.

As with many video games, Warframe has some pathing issues for non-player creatures, particularly around doors. So on rare occasions, this can result in a kavat not wanting to go past a door, and meowing at it as part of its idle animations. I can’t call this a bug.

(In the same vein, the game now has code so kavats won’t try to “play” with your mining laser. Though this too was just an amusing interaction between unrelated animations.)

Kavats seem immune to the Infestation.

The Accuracy is equivalent to the Reflect mod. Luring opponent into hitting the wrong thing replaces the simpler attack reflection mechanic in the game.