Warhawk is a curious Chris Claremont character, who first appeared in 1975.

His unlikely career is best covered in distinct writeups. So far we have :

Warhawk is an elite soldier with extensive combat experience. He also received an early version of the treatment later used on Luke Cage and others. Thus has steel-hard skin and muscles. Essentially, he’s a super-powered version of Rambo in the first movie.

Warhawk is a masterful hand-to-hand combatant. He seems to have been trained in some kind of Asian martial arts as well as military close combat. This may have been provided by the CIA, or during his life in Việt Nam.

Tanner was a career soldier, apparently a colonel. He was reputed to be one of the best. He was ruthless, even bloodthirsty, but was a good officer leading from the front. His men were particularly loyal toward him.

However, during the Việt Nam invasion, Tanner’s unit was wiped out in a VC ambush. The grievously wounded Tanner was the only known survivor. Nearby villagers rescued him and nursed him back to health. Tanner went native, marrying a local and never returning to US lines.

Tragedy, however, struck again. The village was attacked by unclear parties. Mrs. Tanner was one of the victims. The American survived again, although he had been shredded by shrapnel and was only kept alive by sheer force of will.

Recovered again, this time by US forces, Tanner was saved using experimental methods developed by research physician Noah Bernstein. The Bernstein process was in its infancy, but it was successful both in saving the officer’s life and in giving him superhuman strength and durability.

However, Tanner was now dangerously psychologically unstable. Despite this, he was reportedly deployed in the field again by the CIA. Perhaps he was part of the Operation Phoenix  kill teams near the end of the war.

By the early 1980s, Tanner had to be committed to psychiatric care. He suffered from a severe case of post-traumatic stress disorder , accompanied by full hallucinations of Việt Nam. Secondary sources indicate that he was discharged from the military at that point.

Escaping, Tanner waged a one-man war in what he thought was Northern Việt Nam. This resulted in a terror campaign across New York City. He sniped random passers-by and police whom he hallucinated were VC soldiers.

One such pair of passers-by was Iron Fist and Colleen Wing. They managed to reach the building Warhawk was shooting from, but were surprised by Tanner’s skill and power. Iron Fist was defeated and left with two broken ribs. Wing was kidnapped as Tanner hallucinated that she was his wife Liu.

Iron Fist recovered, located Tanner again and managed to punch him into the nearby river. Wing and Iron Fist tried to save Warhawk but he let himself sink. He thought that he would be taken to a Việt Cộng prison camp and tortured if he surrendered.

Even when he is wearing a lot of make-up to disguise his skin tone, it still looks like he has been through some outdated reconstructive plastic surgery — which is probably exactly what happened.

Warhawk is bitter, ruthless and professional. He was trained in tactics intended to rake in maximum terror and a high bodycount. One example is leaving a child alive in his killing zone so as to shoot adults trying to rescue the child.

His hallucinations were very vivid. To him everybody would look Vietnamese, interior decoration would be typical of Northern Việt Nam, etc..

His mission was to inflict maximum destruction and demoralisation. Thus he acted as a roving sniper, killing half a dozen people, destroying incoming police, then moving out. He tended to concentrate on areas with actual Asian people. After treatment by the Hellfire Club, he stopped living in constant flashbacks.

Even when not hallucinating, he’s not a nice person at all. He was quite willing to beat his wife up to resolve their differences. He also has a strong ego. For instance he decided not to kill Iron Fist by sniping him, since he wanted him to know who killed him.

When in a delirium, Tanner tends to switch to 1970s US Army diction with a strong Southern influence, calling men “bo’”. He usually, but not always, reverts to more standard American English when he isn’t hallucinating.

Warhawk is thoroughly racist. He constantly uses ethnic slurs and clichés and believes that “all slant-eyes” are the enemy. He’s also a male chauvinist and hates liberals.

“What’s the matter, dink — you tired o’ livin’ ? You could have gone to ground out there, gotten away — ’stead o’ trying to take the main man down on his own turf. But you had your chance, bo’ — an’ when you’re up against the Warhawk — one chance is all you get. Time to die, bo’.”

“Another shot will probably kill you, little lady. But that’s your problem, not mine.”

“Looks like your buddies ain’t gonna show up to set you free, Charlie. Guess there ain’t no honor among you gooks.”

A great Suicide Squad villain (and a keeper), and a possible opponent/contact for Deathstroke the Terminator.

Bonuses and Limitations:
Density Increase is Always On and already factored in.

Equipment:
Warhawk prefers to use military ordnance, and will generally carry two or three from the following : 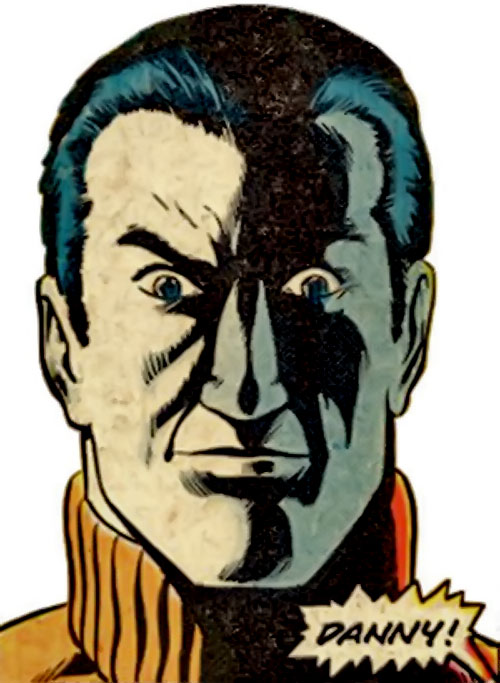 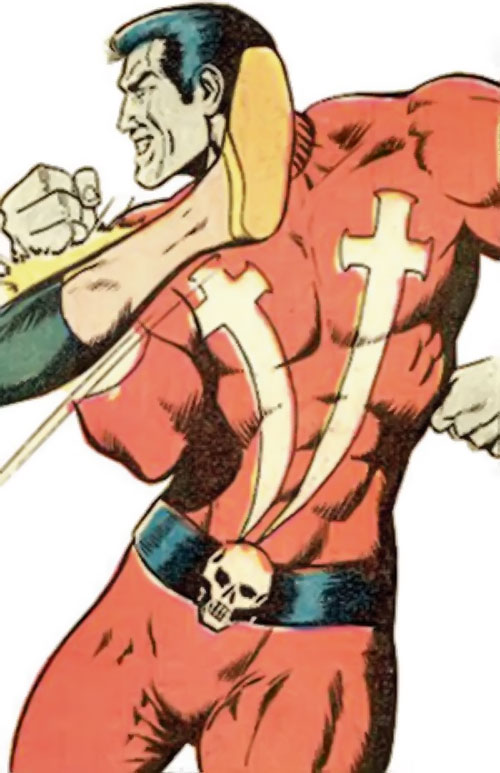