There were two movies. The second one isn’t meant to be in continuity with the first (even though it was the same actor, Julian Sands).

However, this profile treats them as being in continuity since for the main character it sort of work. Or at least it does if you’ve read enough comic books.

Although physically rather weak, the Warlock is mentally and mystically a very powerful being. He’s very intelligent, dedicated, fearless. He has a very powerful personality dedicated to evil.

He has access to a great number of mystical rituals and spells. Thus, he can employ a wide variety of effects in both combat and non-combat situations. He has also increased his physical durability, endurance and toughness by mystical means.

Most often he’s capable of using magics in witty and sinister ways that are not expected by his opponents. He often employs variable telekinetic spells, such as levitating himself, objects or others. But can cast any spells that causes grief, pain or death in the victim.

The Warlock is also a master of witchery. He can easily employ more powerful effects by conducting certain rituals.

His main weaknesses are being a witch (which gives him certain vulnerabilities, that, for example, Redferne used against him) and his lack of good physical skills.

The Warlock is one of the sons of Satan. He was active in Boston in the year 1691, but was captured by the witch-hunter known as Giles Redferne. The Church sentenced him to death, but before being able to carry out the sentence, the Warlock escaped through time into the future. Redferne, trying to catch the escaping Warlock, jumped into the timewarp that the Warlock had cast.

They both appeared in the year 1991. Warlock was charged a mission by his father Satan; as a reward he would become “the” son. He was to collect the three chapters of the mystic book called the Grand Grimoire. The warlock would then eradicate the creation by speaking God’s true name, which was in the collected volume, backwards.

The Warlock got the first chapter of the book from his starting position and cast a curse on the previous owner, a woman named Kassandra. Kassandra was doomed to age 20 years each day until she died of old age. Redferne arrived to find the cursed Kassandra, but the Warlock had already left to find the remaining chapters.

Redferne told Kassandra that her curse could be broken if she regained the object that Warlock had taken from her in order to cast the curse upon her. He thus offered to join him in his quest to stop the Warlock.

They later clashed in an old Amish household where the second chapter was kept. Yet the Warlock, wounded, managed to escape again. Fortunately, Kassandra got her object, an arm ring, back and lost her curse. She was beginning to realize the danger to reality that the Warlock posed, and stayed with Redferne to help him destroy him.

When he started to read out God’s name in reverse Redferne attacked him again and managed to throw him onto holy ground. As a result the Warlock burned up completely and creation was saved.

The time-displaced Redferne was sent back to his own time. Kassandra was left with the book. Having learned a little about witchery from Redferne, she took the book to the Bonneville Salt Flats  and buried it there to be lost forever to everyone.

Apparently, the Warlock can never truly die. Upon being physically destroyed he is sent back to Hell again.

Every 700 years, when there’s first a lunar eclipse and six days later a solar eclipse, he can be reborn into human form. Whichever woman carries a certain one of six mythical runestones, the lifestone, automatically gives birth to him at that exact moment in time.

Being born again into human form he was, again, being charged with a mission by Satan. The Warlock was sent out to find the remaining runestones and summon Satan.

Meanwhile, a group of elder mystics, that actually had one of the runestones, saw various signs that revealed that the son of Satan was reborn again. They prepared and trained two so-called druid-warriors to fight the Warlock when he arrived to them.

The chosen warriors were the children, Kenny and Samantha, of two of the elders. They were killed and resurrected, which granted them telekinetic powers, plus other druidic abilities such as the ability to speak to the animals and the plants.

Over time the Warlock did indeed gather the four other runestones in various interesting locations. He then set for the last stone : their stone. The Warlock, upon arrival, killed the elders, defeated the warriors and took the last runestone.

While casting the spell to summon Satan to Earth, Kenny regained his senses and attacked the Warlock in order to break his concentration and the spell. He succeeded, but Warlock attacked him with a holy dagger made from the Holy Grail. A telekinetic combat between the Warlock and Kenny about control over the holy weapon ensued and it appeared as if the Warlock would win.

Fortunately, Samantha also regained her senses, and she joined Kenny in the fight. The two druid-warriors’ telekinetic strength was too much for the Warlock. As a result, the holy weapon was driven into his black heart. Warlock physically melted, turned into a skeleton and was strangely swept up by the ground himself.

Samantha then collected five of the runestones for safekeeping. But before she could get the lifestone (which enables the Warlock to be reborn every 700 years) the ground broke up and a skeleton hand grabbed the stone down into the earth. Supposedly, Warlock would return in 700 years again to torment mankind

The Warlock is tall, attractive, clad completely in classic black garments and has blond hair and black eyes. He has an air of evil around him.

There are few crowds in which he couldn’t fit in. Among models he would be attractive, and among thugs he would be the cool, evil one.

His aura is extremely strong. People who first threaten to kill him are often swayed to become neutral or friendly due to his nice speeches and cool appearance. He moves slowly and appears to be unafraid and in control in all situations. And never, ever stare at him… if he stares back you’ll become blind !

The Warlock is a truly evil mystical being. He only cares for himself, acquiring power and inflicting pain and grief in humans. He also follows the orders of his father, Satan, but only as long as he’s promised something in return for his services.

He takes what he wants, and if he’s unable to do so, by mystical regulations, he can often convince people or deal with them to get it anyway. Of course, he uses deals that appear to be too good to be true, which they are.

Opponents are dealt with in a quick and brutal manner. But occasionally, when facing tough, witty or cruel men, he defeats them in a way that will bring them torment for a very long time to come. Also occasionally, he gives such evil men a change to escape alive and well, but using trickery, those chances have such low odds of success that they will surely fail.

He speaks in an old, cool British fashion and sounds very eloquent. The Warlock never raises his voice, but speaks slowly and in a near-hypnotic fashion. This, combined with his looks, has a very powerful effect on both women and men.

“It ’shall‘ be me !” (answering the deal the devil gave him)

“You really are a psychic… that’s very good, and very bad.”

Warlock (answering a child’s question): “I need no broomstick to fly.”
Child: “Then what do you need ?”
Warlock: “Hahahahahahah !” (his flight potion needs children’s fat)

The Warlock is clearly a demon in human guise, having Satan as his father. He best fits as a demon, while everyone thinks he’s human, in a mystical campaign. In DC, he would also be a son of Satan and could be an evil ’brother‘ of Etrigan.

Certainly he would be a rival of the likes of Nergal, Belsebub and Mnehemoth. Evil witches such as the Warlock are fitting opponents for the likes of John Constantine, Jason Blood, Fate, Zatanna or Timothy Hunter.

This scholar makes an evil character into an effective witch or a good character into an able witch-hunter. A character using witchcraft for rituals gains the power to do so using the energies of greater devils or the devil himself.

Very often the witch has sold his/her own soul or used a potion of organic concoctions (’doing the cauldron’), in exchange for this power. Also, sometimes witches are experts within the fields of alchemical magic and thus possessive of the Scholar (Alchemy) Advantage.

A character who purchases Scholar (Witchcraft) is given the chance to be an actual witch. This gives a number of automatic advantages and disadvantages ;

On the other hand, the character can be affected by Rituals that affect witches (tracking in on their Magic Background: Witch). Additionally, the witch’s presence can be sensed, not only using Magic Sense, but also since horses start to sweat, fire turns into a clear blue and cream sours.

Lastly, all witches have a fatal vulnerability (Range of Touch) and Partial Attack Vulnerability (-2 CS RV) to anything containing salt (including objects impregnated with salt ; drinking salt water would be lethal).

Furthermore, they are unable to enter holy ground ; on holy ground a witch actually catches fire and quickly burns up (the witch is attacked by an EV 08 which is immediately cross-referenced against his/her BODY for RAPs each phase on holy ground.

In addition, no magical Powers or Rituals that would increase his / her RV (Density Increase, Skin Armor, Dispersal…) may be invoked there.)

A character with this Scholar gain certain benefits when performing specialized pursuits; this grants a -2 CS to the OV/RV when casting a Ritual that mimics the listed powers below (this magic is considered black) : Invulnerability, Flight, Life Sense, Object Awareness, Sensory Block, Spirit Drain (with Aging Bonus), Telekinesis and Voodoo.

Good characters do not normally cast magic using witchcraft, since it is against their alignment to do so, but instead use the knowledge of the Limitations that each witch-spell has.

Witch magic has almost always in-built limitations, which neutralizes or hinders the effect of the spell, and this is used by good witches, so called witch-hunters, against the witches themselves. Characters with Scholar (Witchcraft) receives a standard +2 CS to their RV versus any Power or Ritually mimicked Power directed at him by a witch, to simulate this (good opportunities for cool role-playing here). 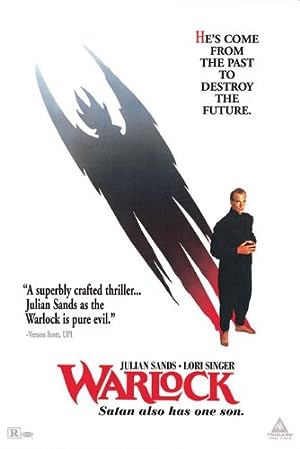 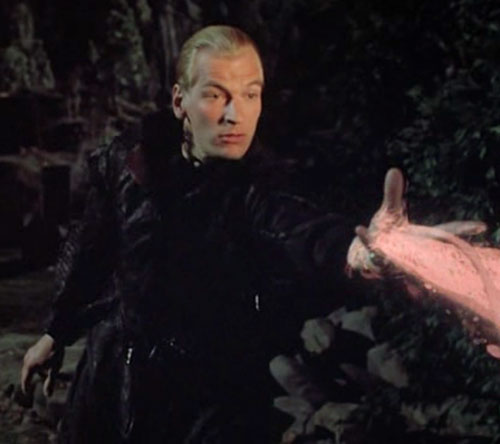 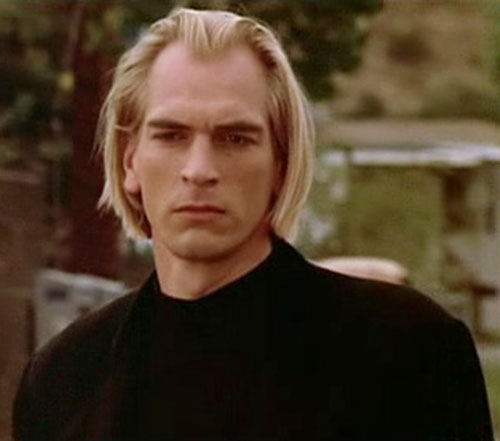