Warrior ISOs are fearsome opponents. They are not only masters of the Identity Disc, but of virtually any weapon or vehicle that is made available, or which they acquire in the heat of a pursuit or fight.

They are also highly intelligent soldiers, trained in a variety of disciplines that prove useful both in and out of combat. Warrior ISOs can easily serve as Special Forces operators to perform infiltration, sabotage and other missions that require stealth and advanced tactical thinking.

They are especially good at getting into computer systems that are physically secured, since they have the common ISO ability to interface with any computer system.

They are also gifted with the same eidetic memory that all ISOs share.

Some exceptional Warrior ISOs have an extra AP in DEX, STR/BOD, INT *or* INF/AUR. The elite may have 1 or 2 extra APs. Any more than that and they’d probably need their own writeup as a leader or living legend among ISOs. Linked Skills are adjusted accordingly. Warrior ISOs never have any Powers besides Recall and Interface.

They may have extra Subskills or Skills like Scientist (especially Research subskill) or extra Detective subskills. This is especially common if they have INT 06 or higher. These are Special Forces technicians and investigators hunting for Lux and Dillinger’s operations. Or special security officers keeping tabs on any possible illicit activities in the ISO Compute Cloud.

Warrior ISOs chosen for real world duty with the Lux Task Force have the Exile: Voluntary Drawback and the Security Clearance: Low Advantage.

The ISO Chief Executive’s intelligence agents may have special Advantages like higher Security Clearance, INT 07 or 08, and special Gadgets or Omni-Gadgets.

Warrior ISOs typically have access to most secure areas within ISO City. Those assigned to the Lux Task Force have access to most any U.S. government or military facility they need to get into in order to do their jobs, although their use of this access is heavily monitored to guard against abuse.

ISO society is fairly free of crime, owing to their relative singularity of purpose and abundance of resources compared to humans. Most ISO City security forces are tasked with defending the perimeters against the potential threat of invasion by Lux and his forces.

So far they have yet to be tested. So they engage in frequent training sessions to keep their edge, and to vent their frustration due to the lack of action.

Secondary missions of the security forces include enforcing safety and tranquillity within the city, as well as testing new weapons, vehicles and tactics. A handful of completely secret and deniable agents, answerable only to the ISO Chief Executive Leda, monitor human activities to look for any signs of moves against the ISOs.

A chosen few (perhaps a few dozen at any one time) serve as the elite vanguard of the Lux Task Force alongside Sam Flynn. They are hand picked by Sam from among the best of the best. They are specially trained to operate in the real world, though they still lack familiarity with many of its strange ways. 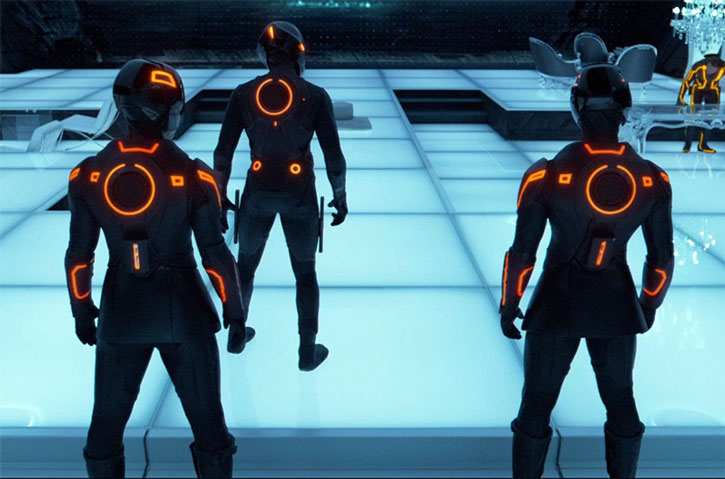 They typically travel on cycles, but can and do make use of any vehicle, weapon or piece of equipment needed to get the job done and stay “under the radar” of civilian authorities. They don’t exactly have Dark Secret or Secret Identity, though, since they’d still be able to operate even if people found out they were here.

The threat of Lux is too great for politics to get in the way of fighting it. Although they miss their home, living amongst other ISOs, they are happy to be able to fight the hated Lux and his corrupted ISOs.

All members of the Lux Task Force have some degree of access to classified information needed to perform their duties, although strict tabs are kept on any ISO access even if it’s covered by their clearance.

Warrior ISO personalities vary at least as much as human soldiers. They virtually all share an intense hatred of Lux, and a desire to destroy him and his army of corrupted ISOs. They might take the opportunity to kill any corrupted ISO, if presented with it.

But generally speaking, they are honorable beings who are just doing their duty and hoping for a quick and relatively peaceful end to the war against Lux. Most of those fighting in the real world would rather return home, and most of the remainder would prefer to live there in peace and enjoy its many strange but exciting pleasures and challenges.

ISOs basically only fit in a Tron universe.

Source of Character: Extrapolated from Quorra circa Tron: Legacy. 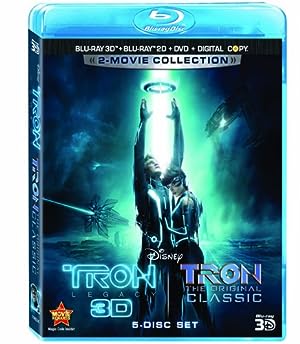