The Watchlord is a mutate with telekinetic and matter reshaping/animation powers. He has :

He was assisted by remarkably fit and skilled henchmen.

Pieter Altmann was but a child when Germany fell in 1945. His hometown was overrun by Soviet troops, and his father was killed despite being non-political. The boy fled to a church operated by a friend of his father, and the priest hid him in his warehouse. 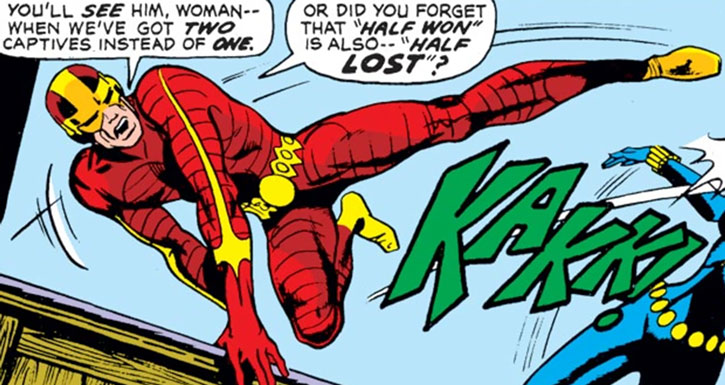 Unknown to either the priest or the boy, one crate there was full of experimental radioactive isotopes abandoned by the Nazis. The lengthy exposure had a mutagenic effect. But this wouldn’t be apparent until Altmann was well into his teens.

When he discovered that he had powers well beyond those of normal men, he decided it was a sign that he should rid the West of “all of Stalin’s brood”. Meaning any person associated with the Union of Soviet Socialist Republics. He later moved to the US, and apparently was naturalized as a citizen there.

In the early 1970s, the Watchlord captured Ivan Petrovitch Bezukhov. He then used Ivan to lure the Black Widow to an upstate New York chalet. Both Russians were left to die in the burning chalet. The Watchlord moved on to his next target, a nearby lodge owned by the Soviet embassy.

Ivan and Natalya escaped and took down the Watchlord’s henchmen. However the Widow fell into an ambush set by the Watchlord. She dodged the boulder he had blasted off-balance, but that left her open and Altmann’s shot grazed her head.

Out of power, the Watchlord walked to her and was about to execute her with his handgun. But he was caught in an avalanche triggered by the boulder he had previously blasted. The Watchlord was never seen again and likely perished in the avalanche.

“If I had not taken a personal hand, it would have slipped thru your fingers. Quiet, you snivelling weakling. Let me savour this first, glorious moment of salvation. The nation can thank its lucky stars that the Watchlord was standing by !”

“And now, with my last current reserve of power… I shall warm your final resting place.” (Psychically sets fire to the chalet) “The Cold War… gets hot for a moment !”

Drawbacks:
MIH of the Soviets, MPI.

The Watchlord is assisted by six henchmen – use the elite “Spandex-Clad henchman” statistics from our Stock Thugs And Criminals article. The have the following gear : 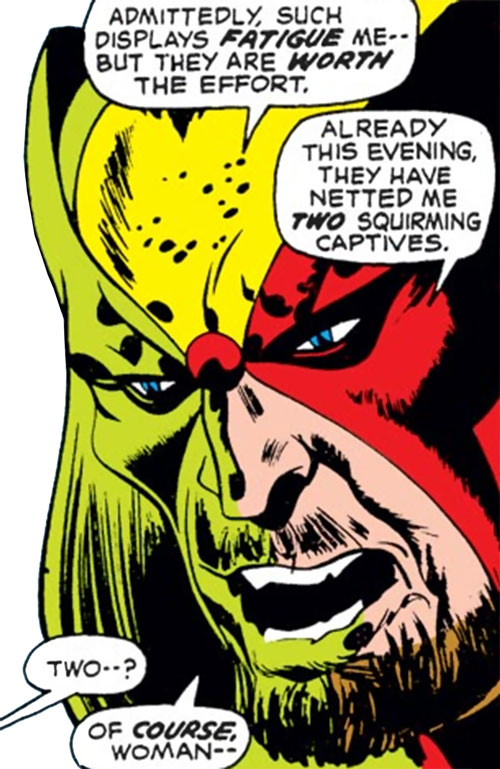