The Weasel is a raging psychopath. His madness makes him extremely fast and strong, and he moves like an excellent fighter and acrobat. His jumps are particularly impressive.

His costume has wicked claws that also serve as climbing aids, as long as he can bury his claws into whatever he is scaling. He’ll usually slash at his targets’ throat or face, for maximum damage.

Weasel’s three tactics are the ambush, the ambush and the ambush. If an ambush fails, he’ll run away to set up another ambush against pursuers.

He often competently uses his environment for those, augmenting his attack with something nearby. For instance :

After his defeat by Firestorm he became too irrational to use even those tactics, except in the most rudimentary form – crude ambushes. He mostly concentrated on flipping out and killing people.

Over 20 years ago, John Monroe was a student at Stanford U . He was unremarkable — almost nonexistent — and unlikable. As a result, his most common nickname was “weasel”. He was severely embittered about this, and eventually downright psychotic.

Years later, he became a teacher at Vandemeer U. in Pittsburgh. But Monroe couldn’t stand that several people who knew him as a student also taught there. He assumed that they were there because they hated him and plotted against his tenure. Of course, the truth was that nobody remembered about him.

The paranoid Monroe had a breakdown. As the costumed Weasel, he murdered three of his Stanford alumni colleagues and a night watchman. He simply left the corpses strewn about. The Vandemeer campus was struck with terror, since the murders were widely attributed to some sort of animal or monster.

Monroe was defeated by Firestorm before he could slaughter his last victim, professor Martin Stein. He was imprisoned in Belle Reve.

The Weasel was part of the Suicide Squad team assembled during Operation: Hawk. His bloodthirstiness was seen as an asset for the mission. He was, however, utterly psychotic at that point. The simple sight of blood would sent him into a murderous frenzy.

The mission went south. As an immediate result the Weasel went feral. He :

The Weasel even tried to make the robotic Cliff Steele bleed. When he was beaten back he attacked and killed a Rocket Red soldier from the Soviet Union, whose power armour  had been breached. 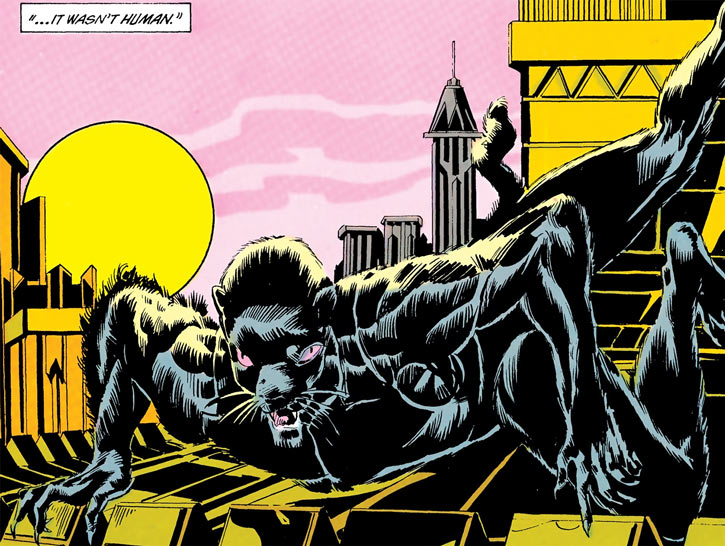 The Weasel then ran into Rick Flag, the leader of the Suicide Squad unit. After the Thinker had been killed by the Weasel, Flag had put on the Thinker’s special helmet, using its weapons in an attempt to salvage the mission.

However, the Thinker had imprinted a dying thought within the helmet’s psychotronics. As soon as Flag saw the Weasel, this last thought took over Flag and forced him to blast the Weasel, rupturing his chest open. The corpse was left behind, unmourned. Monroe died as he had lived.

Oddly, Monroe made two further appearances as one of the undead.

The first was when Koschei the Deathless reanimated many of the Squad’s casualties to get his revenge. The zombie Weasel — still in full costume — was seen when Koschei’s main zombie horde attacked the Squad. Though it was copiously shot by Amanda Waller and Deadshot it shambled on.

Koschei and the Squad soon left the premises. One assumes that the electronic implants animating the corpses eventually failed. In any case, the corpse was recovered and locked in the morgue in the JLA’s headquarter, along with many others.

… and something evil’s lurking in the dark

Monroe’s cadaver came back years later. It was then animated by a very different force – a Black Lantern ring. The Black Lantern-animated corpse of Firestorm (Ronnie Raymond) fought its way to the JLA’s morgue and animated a number of new Black Lanterns there, including Monroe.

Even as a Black Lantern, though, John Monroe did not have much of an impact. He was just a decayed face in the rotting crowd.

The burnt orange leotard was a feature of his original costume. With the Squad he had the entirely grey and furry costume, which fit with his increasingly bestial nature.

Weasel’s extreme bloodthirstiness make him a constant danger to anyone around him.

He’s thoroughly unlikable and as cowardly as his namesake, fleeing fast and early if he feels threatened. He’s a bully – very confident as long as he dominates the fight, but much less so if he starts losing the upper hand.

Monroe is obsessed by being “safe” at any cost. He invents paranoid stories about how hard his struggle against unclear dangers are, and how people conspire to threaten him and must be killed. He also seemed to be a racist, calling Tempest “dark meat”.

His mental state badly disintegrated after his defeat by Firestorm. He was reduced to a maniacal, psychotic killer. He was permanently consumed by the thought of killing and ripping flesh with the talons on his costume. If anybody tried to prevent him from killing somebody else, he would maniacally try to kill that person.

His frenzy worsened as he managed to messily kill people and tear into flesh.

If Monroe has an episode — in DC Heroes terms, rolls under his Psychological Instability — his degenerates further still. He becomes wholly irrational, unable to assess danger, attacking anything that moves, yelling about flesh and making references to being a cannibal.

“You’re trying to drive me crazy. It won’t work. I’m smarter than you think, always have been always will be. I’ll beat you yet.”

Bonuses and Limitations:
Both Powers are Skilled Powers.

Given the advantage a Blindside from an ambush gives him, he prefers to go for a Critical Strike when he has the bonus, usually aiming at the throat or face. 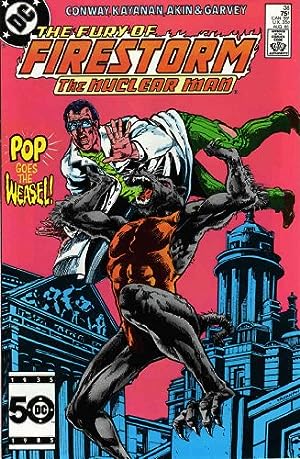 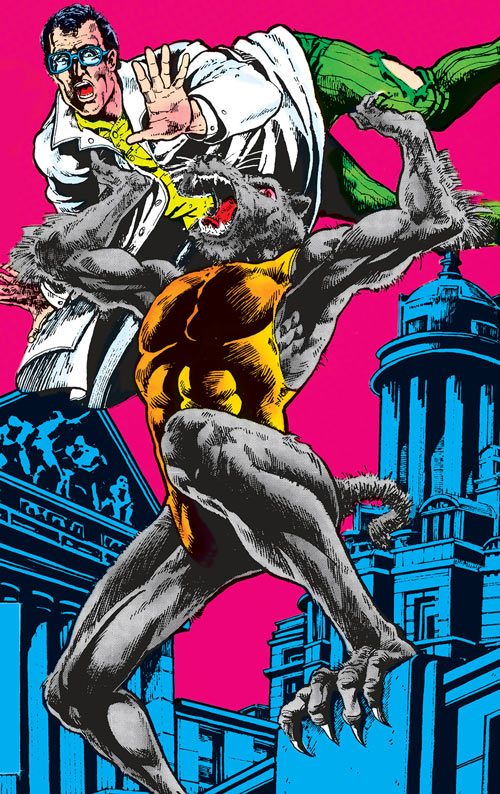 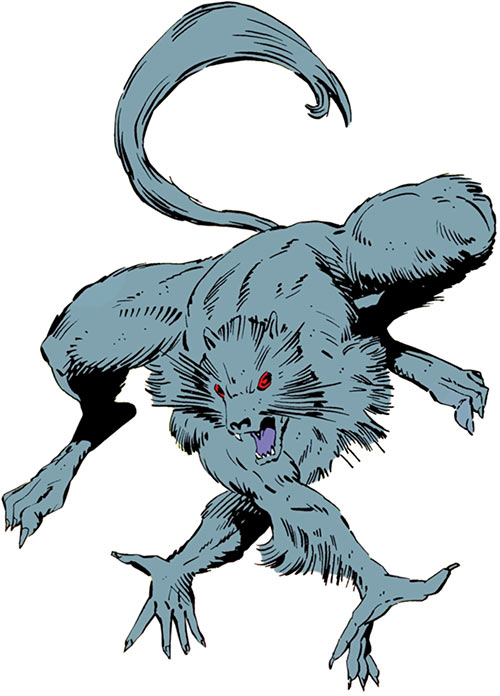