During the XIXth century, the wealthy Don Fernando Suarez became the masked hero called El Castigo (“the Whip”). His goal was to protect the poor from oppression by the wealthy Mexican landowners. The area where the el Castigo operated, including the village of Seguro, is now part of the southwestern United States.

A century later, Mexican-American millionaire Rodrigo Gaynor visited Seguro. He found many of el Castigo’s belongings, then decided to become the new Whip to protect the poor from exploitation and injustice. For a time the Whip was based in Seguro, but later went to New York City to fight crime there.

The Whip was a member of the All-Star Squadron during the war, but it is not known what happened to him after 1944. The Whip identity was much later used by a descendant of his, Shelly Gaynor.

Compiled by Sébastien Andrivet (stats based on those in World at War, history from Who’s Who) ; v0.9.5. improvements from WEG’s JSA sourcebook. 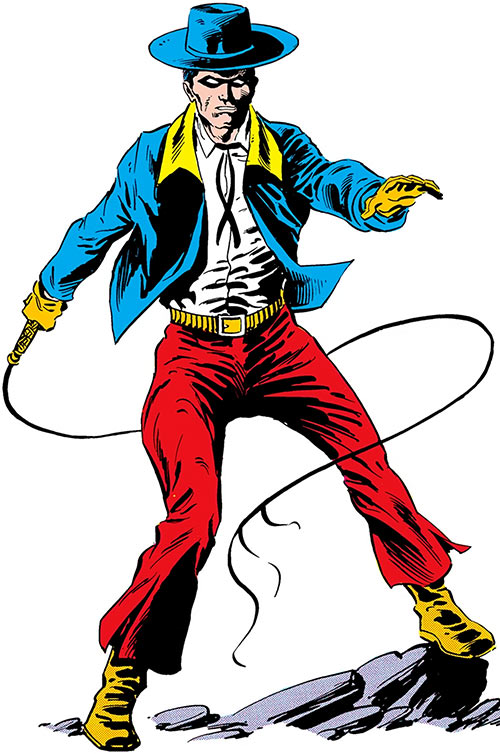