Like the other Foreigner’s Death Squad members, Whisper has a serial immortality of sorts. His costume, weapons, powers, and combat experience can be granted to a new volunteer when the old one dies.

Whisper is a martial artist who can nullify sound around him (an extremely useful ability). He packs multiple blades and full-body body armour.

The silence effect surrounding him can be rather spooky. Whisper usually operates in tandem with Pulse, so Pulse can ambush people who cannot hear him while Whisper keeps them busy.

The history and fate of Whisper-1 and Whisper-2 is unrevealed. Whisper-3 and Pulse-4 were deployed against Spider-Man (Peter Parker) when the Foreigner attempted to assassinate Betty Brant-Leeds. But both were killed in combat.

Whisper-5 sided with Dead Aim when he took control of the 1400 Club. As such he was part of the task force which attempted to kill the Foreigner – only to be killed by him.

(Whispering) “Ms. Leeds – I despise absorbing the sound of gunshots.”

Bonuses and Limitations:
Sound Nullify has a +5 Volume Bonus (+1).

Drawbacks:
Attack Vulnerability (-1CS OV/RV against the Dupe maneuver), CIA to killing himself if his mission fails, SPR (can only talk in whispers). 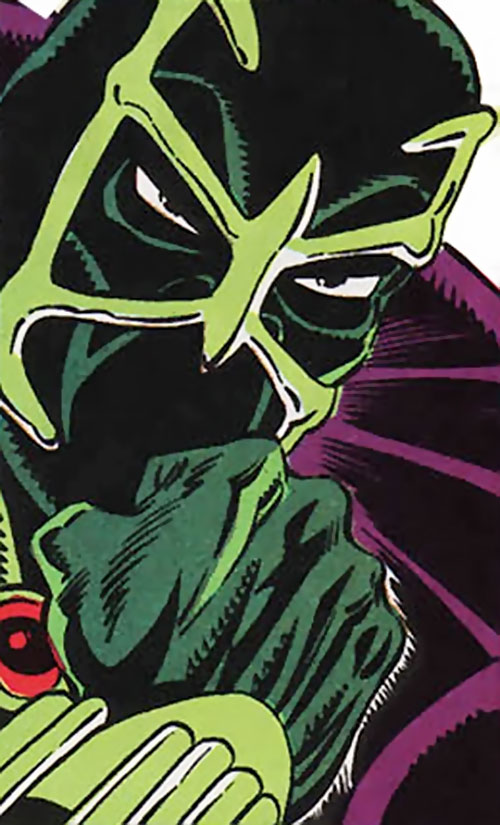 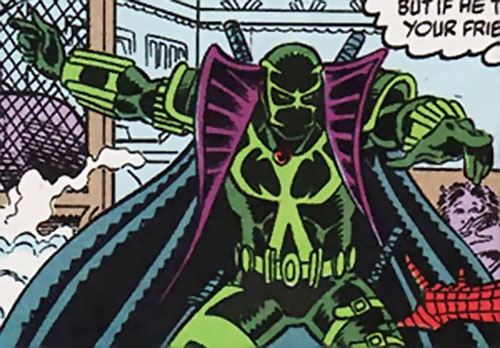