“Wild Bill” is a robotic gunman. He can draw his guns and shoot them with unusual speed and accuracy for a generic robot. Presumably they’re not built-in for additional mission payload flexibility.

“Wild Bill” is particularly good at engaging multiple targets at once with copious gunfire. It is also entirely possible that the robot had special sensors and other functions.

“Wild Bill” was a robot from Stark Industries, built for S.H.I.E.L.D.. Apparently it was a rushed prototype intended as a defense against the villain Mentallo, since a telepath is somewhat ineffective against a robot.

As it turned out, the robot had been prematurely greenlighted. It proved defective, opening fire at random on nearby agents (including Nick Fury). It was deactivated as Fury was about to shoot it to bits.

Ironically, Mentallo (and the Fixer) attacked S.H.I.E.L.D. shortly after that failure, nearly defeating the entire organization.

The robot was eventually made more controllable, but it would appear none were produced beyond the initial prototype.

When the criminal scientist Nightshade started taking control of S.H.I.E.L.D., she failed to enslave Captain America and the Falcon. She unleashed S.H.I.E.L.D. agents at them, and they in turn ordered the nearby Wild Bill robot to attack the duo.

It just shoots at stuff and looks weird. But it’s good at both ! 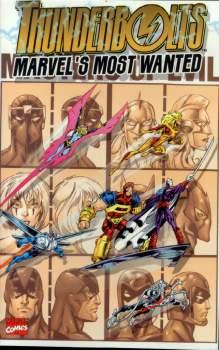