This profile only covers the first volume, because that’s what existed back then. Oh, and our LoEG profiles have many of the S P O I L E R S, that they do.

Miss Murray has an extremely strong personality, nerves of steel and an obvious presence and authority. Enough authority, in fact, to impress and gain obeisance from the bestial Edward Hyde.

Some have theorized that she might have some sort of para-vampiric powers after having drunk Dracula’s blood, most notably of mesmerism. But Moore has clearly state this wasn’t the case.

Wilhelmina “Mina” Harker, née Murray, has reverted back to her maiden name ever since her particularly scandalous divorce from Jonathan Harker.

She never speaks of this period. Thus, it is unclear how faithful to the novel events where in the LoEG world. But it is obvious she was greatly impressed by the nightmarish struggle against Dracula, and especially the vampire lord’s successful attack on her. She now always wears a blood-red scarf around her neck, and is haunted by horrible nightmares every night.

Dramatically changed by the ordeal, Murray somehow became known to British intelligence. When Campion Bond  had to assemble a “special team” to solve certain problems, he started with her and had her fetch the various members (except Nemo, who had already been contacted). Thus was the League created, apparently as part of a long British tradition.

Mina Murray’s figure is spectacular by the standards of her day, with a very slim waist following Victorian conventions. Her eyes seem unusually clear, and of a striking green.

In time of stress or when challenged about her past, she tends to nervously touch her neck.

Murray is a tough, non-nonsense, hard-nosed take charge lady. Which is still quite unusual, although the suffragettes are on the rise. Despite this shocking manliness, she is a lady of proper upbringing. She appreciates it when everybody has a behaviour befitting of gentlemen reputed for their adventurous exploits.

Her speech is clear and grammatically correct, with the style of her time. And, of course, no contractions.

Murray behaves in a highly unorthodox manner for her times. This is alas easily explained, since she has become an outcast from polite society. Dracula’s attack on her is akin to rape – and a woman raped, until the XXth century, was irredeemably soiled and usually sent to a prison convent to expiate for “her” terrible sins.

That the rapist was a terrible demonic creature, and that Mina Harker had drunk its blood, makes things even worse. And her status as a divorcee, in itself, would suffice to put her beyond the pale.

Being an outcast, she has much of the mannerisms and daring of a garçonne  – and thus about 30 years and several wars ahead of her times. For instance she is often :

Mina behaves like a scandalous outcast and free thinker, and gets annoyed when a gentleman is acting exceedingly chivalrous toward her. She constantly feels that her authority and credibility are undermined due to her being a woman. But some of those fears are unsubstantiated, as she associates with men that are unusually open-minded.

Yet she insists on being treated like a lady. Especially when it comes to what would now be prudery – about matters of sexuality. It may be that she feels “soiled” and disfigured enough to be uneasy about thoughts of intimacy.

Due to her nightly torments and inability to position herself in any kind of society, Murray is needlessly authoritarian, curt and sharp-tongued. She does that in a very British, scalding sort of way. She seems to be starting to mellow out, however.

“The point is that I’m supposed to be the person organizing this… this ménagerie !”

(When surrounded by horde of Cairo lowlives brandishing knives) “I think, sir, it would be expedient for us to make our swift departure.” 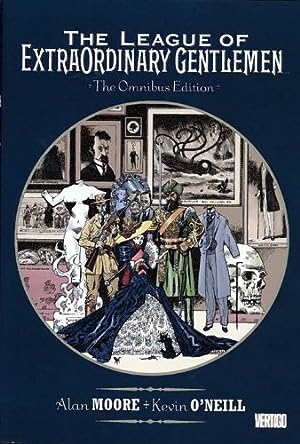 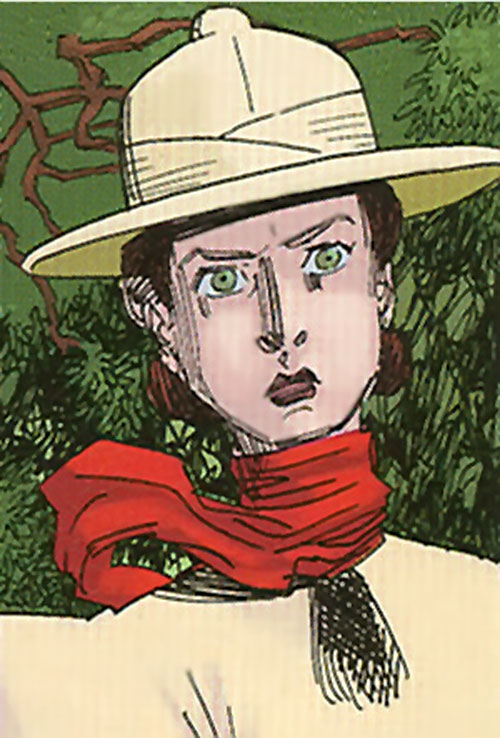