Willard inherited his mother’s knack. She always had the strange ability to smell and hear rats and mice her whole life.

Thus, Willard has a strong bond with muridae. He can command rats to perform specific actions and they do it to the best of their ability.

The stories features two rats with personalities of their own.

Willard Stiles lived with and cared for his invalid mother. There clearly was a rat infestation in the basement of their large family home.

The neighbors had moved out and the replacements were remodeling, stirring up the rats. Willard set many traps. But though they had all been sprung, not one rat had been caught.

Willard worked for an old friend of the family, Frank Martin. After Martin took over management of the plant, he promised Willard’s father he would always care for both Mrs. Stiles and her son. But though his father had built the plant, Willard was a simple employee. And his position wasn’t a secure one.

Willard arrived late to work, again, and found a woman sitting at his desk. Mr. Martin explained that Willard had fallen more than a week behind processing purchase orders. Willard promised to catch up, but that would not happen.

Since the traps had failed, Willard tried adhesive pads. A white rat did get stuck. However, Willard found he couldn’t go through with killing it. Instead he released it and made a pet of it. He named it Socrates.

Willard returned Socrates to the basement unharmed. He then began feeding the rats. Socrates came out of hiding looking for more food. Willard took this as an act of friendship and acceptance. He would keep his rodent friend with him, even sharing his bed and carrying it in his coat pocket. 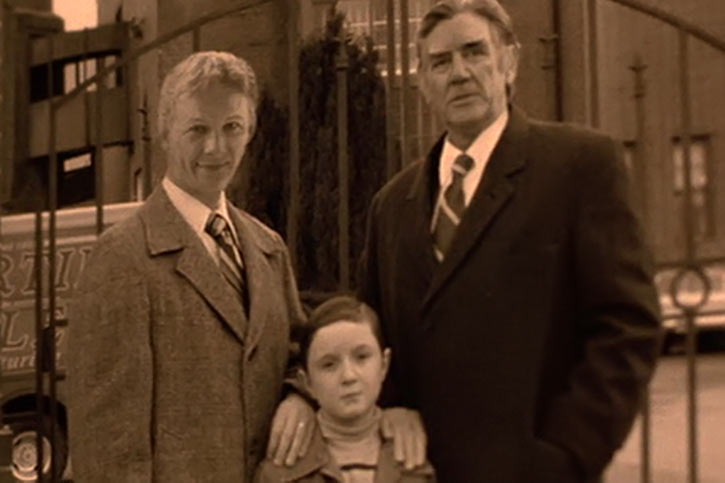 Willard as a boy, with his father and Mr. Martin.

Because of his mother, the rats, or perhaps his own fear, Willard continued to disappoint Mr. Martin. Frank Martin’s abuse of Willard grew. He locked Willard inside the freight elevator, belittling and humiliating him in front of co-workers. Martin also boasted of his own success telling everyone about his new expensive car while glaring at Willard.

At home, Willard sat whimpering in the basement, experiencing unrelenting anxiety. Then, a strange thing happened. Socrates attacked the rolled up paper Willard had been absent mindedly exerting his frustrations upon. Other rats joined in shredding the paper. The more Willard demanded the rats tear at the paper the more aggressive they became.

Then he noticed a very large rat, which he named “Big Ben”. Ben was about four times larger than the other rats.

Willard began to train the rodents. They instinctively understood and obeyed his voice. Ben proved to be the only rat who would rebel against Willard’s commands.

Despite all my rage, I am still just a rat in a cage

Back at work, Willard was docked a week’s pay for showing up late again. That night, as revenge, Willard released his new friends outside Mr. Martin’s home. They bore a hole through Martin’s garage door and destroyed the tires on his brand new car. For once, Willard felt a sense of power. The next day, it was Mr. Martin who was humiliated having to take the bus.

The rat population in Willard’s basement grew exponentially causing a financial strain. Willard couldn’t feed them all. Thus, he made a fateful decision. All the rats would follow Ben as their leader. Willard believed Ben would take the rats some place safe, but Ben had other plans and didn’t leave.

Instead, Ben moved all the rats upstairs and began eating everything in sight. When Willard arrived home, he discovered his mother dead on the basement stairs, a look of terror on her face. With Mrs. Stiles gone, Mr. Martin felt that his obligation to secure Willard’s position at the company was over.

Willard was alone with the rats. At his mother’s funeral, he learned that not only was Willard broke but his parents left him several unpaid debts and he would likely lose his home.

When Willard arrived home from the funeral, the rats were upstairs again. Cathryn, a sympathetic co-worker, dropped by with a gift during his time of grieving. Ironically, the gift was an orange tabby named “Scully”. Willard put the cat in the house and it fought for its life but survived less than a minute.

Recalling that Willard’s father had committed suicide with his pocket knife. Willard considered doing the same thing but it was Socrates that stopped him. 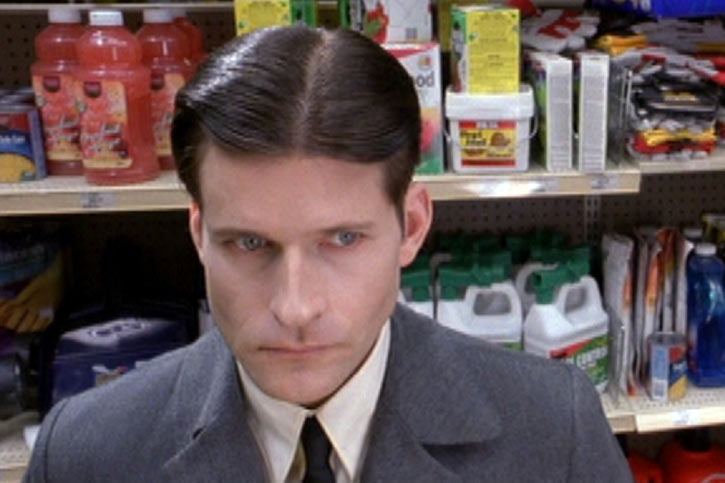 The rivalry between Willard and the rat Ben continued. Willard tried to kill Ben with a walking stick but Socrates shamed him into apology. In the morning the walking stick was chewed to bits and placed where Willard would see it. Ben was not the forgiving sort.

The next day at work, Willard was terminated and his rat Socrates discovered in a supply closet. Frank Martin killed Socrates with Willard helplessly standing by. This was a turning point for Willard. He was now ready to take his revenge to the next level.

Willard gathered rats in suitcases and went back to the office at night. He commanded the rats to kill his boss Frank Martin. Then he used a pesticide gas to kill all the rats in his place, presumably to hide the evidence.

After that, Willard sealed every conceivable entrance to his house. The rats would not come upstairs again.

Police came by Willard’s home the next day. But his anxiety would not allow him to answer the door. Willard’s mind began to unravel. He relived the death of the many rats downstairs and the death of Socrates over and over. He stood in place for nearly eight hours. His trance finally broken by Cathryn’s knock at the door.

She used his bathroom, inadvertently giving the rats access to the upstairs again. Ben now in control of a huge swarm seized on the opportunity. Willard faced off with Ben, after begging it to leave then trying to bribe Ben with food. Ben sent the rats after Willard.

Willard fought for his life against Ben and the rat swarms. He eventually killed Ben but found himself placed in an insane asylum by authorities.

Willard (1971) is the one starring Bruce Davison as Willard and Ernest Borgnine as Martin. In this version we learn Willard’s age is 27.

Ben (1972) focuses on Ben as leader of the rats, what he does to save his own kind, and his relationship with a boy named Danny.

Differences between the new and old

Ben hides all his rats in the walls of Willard’s home during the murder investigation. Ben seems much more intelligent in this film. He eavesdrops on the detectives covering the case. Willard had left behind a diary with a detailed account of the events in the first movie.

The rats were discovered by a loan officer. Ben ordered them to swarm him. Moments later he was dead.

The police decided to have an exterminator gas the whole house. Overhearing their plan, Ben ordered his rats out of the house and into the sewer.

Danny is a boy musician and marionette master. He befriends Ben and helps him, even giving Ben advice. More of an E.T. moment as Ben gains sympathy.

With mounting evidence and sightings of Ben’s rat swarms in the city it isn’t long until there is a climactic battle to the end in the sewers of the city! Ben survives the film, perhaps the only rat to survive.

(In the movie’s score, Ben’s song is performed by a young Michael Jackson.)

Willard is clean cut. He wears light grey or dark business suits with a tie and leather shoes. He’s always clean shaven and parts his neatly trimmed hair in the middle.

Willard isn’t unattractive. But his piercing eyes and pointed nose, along with his strange demeanor, make him creepy.

Having grown to adulthood but never leaving his parents’ home, Willard feels trapped because his father died and his mother needed twenty-four seven in-home care.

Willard was overwhelmed by the burden of taking care of the house, his discontented mother, and trying to live up to the example set by his father, a successful business man. He constantly felt inadequate.

He desires the love and pride of his mother which he never gets. She demeans him at every turn.

Around others Willard is extremely insecure and introverted. He always looks down rarely making eye contact. He therefore has trouble standing up for himself. He’s easily shaken and makes nervous gestures like squeezing his suitcase handle tightly. 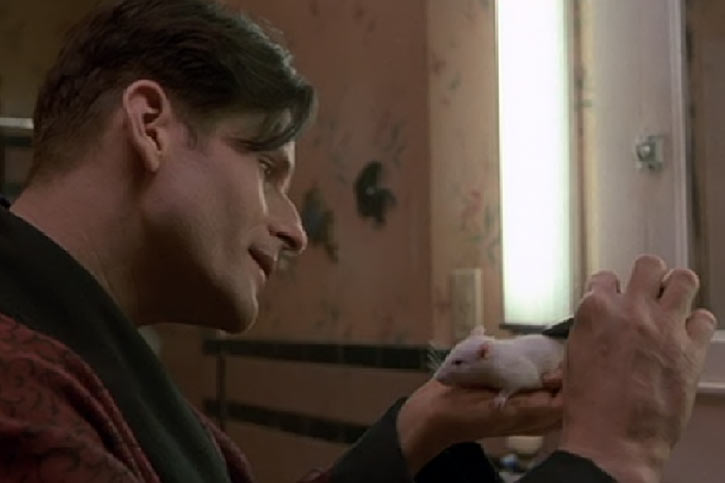 When he can’t run away from a problem or feels strongly something is unfair he will be literally shrieking. His face will freeze in permanent pain and he’ll cry helplessly throwing himself around.

Overall, Willard is quite pathetic. Until, he finds his power and friendship with rats.

Willard’s mother: “Willard ! There are rats in the basement !”

Willard’s mother: “It’s my fault your life was wasted. Willard. What an awful name, Willard. If you’d had a stronger name, that Frank Martin wouldn’t push you around. Or maybe you would’ve found a girlfriend if you had a more handsome name. Mark or Kyle. Clark. Willard, from now on your name’s Clark. Good night, Clark.”

Mr. Martin: “There is one thing that you will never understand Willard; business is a rat race. Promise or no promise I will not allow myself to be devoured by all of those other rats because of you !”

“You teach them. They listen to you, Socrates.”

“I miss my mother but Socrates, if you ever died…” (A ragged breath) “You’re the only friend I ever had.”

“He has to learn. I am the boss !” (Talking to Socrates about Ben) 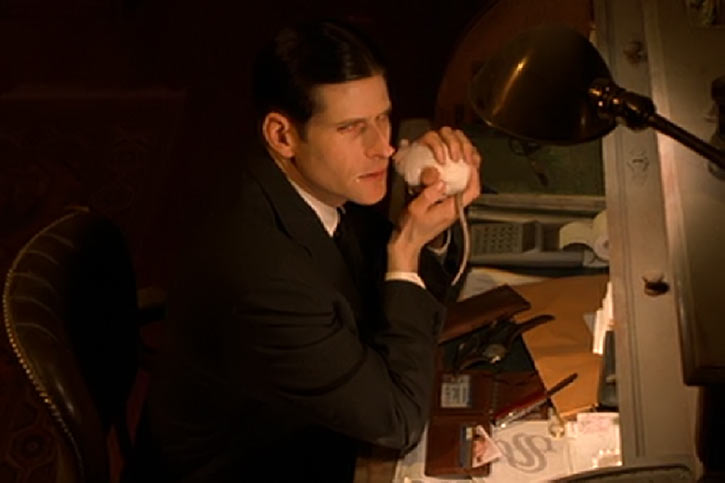 Willard: “Mr. Martin, you stole this business from my father. It killed him and it killed my mother and now you’re trying to kill me.”
Mr. Martin: “No, that’s not…”
Willard: “YOU, never left me alone for a minute. You made a fool of me in front of everybody and now you’re trying to take my house ! You made me hate myself. I thought a lot about it, hating myself. Well, right now, at this moment, I like myself. You ! Killed ! Socrates !”
Mr. Martin: “Who the hell is Socrates ?”
Willard: “He was the only friend I ever had !”

“In !” (Ordering the rats into his bags)

“Out !” (The rats storm from his side turned bags)

“Ben’s Brood”, sounds like a good title for the next movie. You would have to work with the endings so that Ben survives and since it’s a giant sized rats its children would be too. A swarm of rats, each the size of house cats.

Willard at the end of the film is biding his time in an insane asylum. All he needs is an opportunity to get out and start over.

A 121 points Character (Without Socrates).

Bonuses and Limitations:
All powers can only be used related to rats and mice (-1 FC).

Ben is not Willard’s pet.

Ben from the movie Ben

Since Ben is a normal sized black rat reduce Str: -05, Animal Control: 01 (Necessary because the new set of rats in this movie would not have been influenced by Willard’s power commanding them to obey Ben).

For the other rats, see our Animals File. The rats obey Willard because of his powers but they will also follow Ben or even act on their own when commands are not given.

Per the Animals File:
Rats moving in swarms. Nine or more rats receive a Team Attack bonus of -4 OV. If attacking more than one opponent, they may use this bonus to make more effective Multi-attacks.

Socrates was killed by Frank Martin. It took several strikes to kill him. Willard was right outside the door, so, I assume he was fueling Socrates with Hero Points for LDD but still he could only take so much.

Height and Weight were grabbed from the web for the actor. 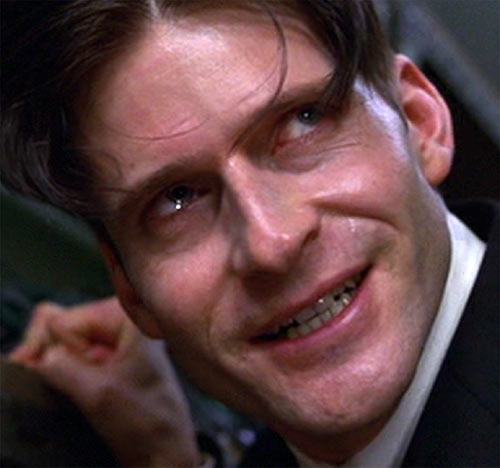 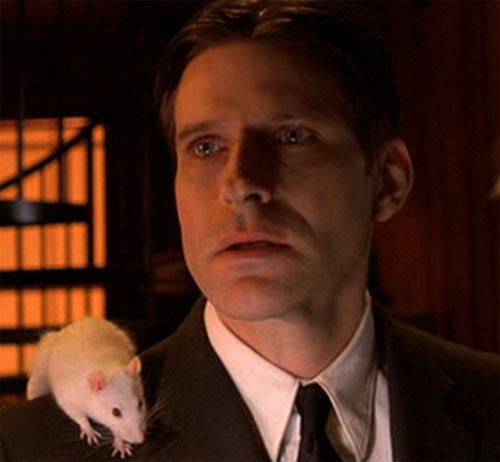 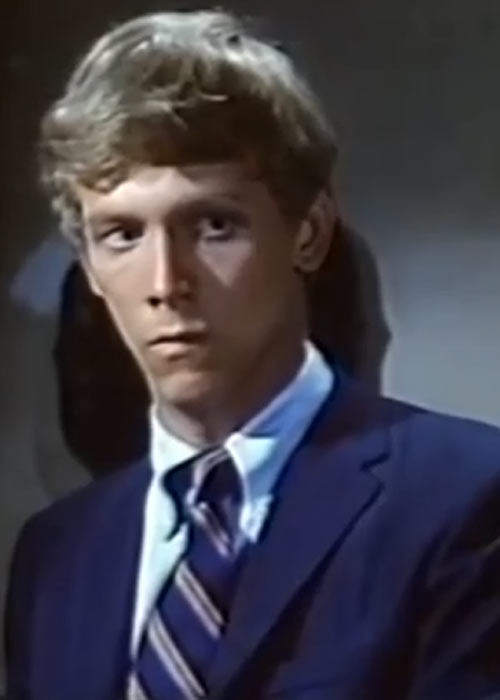 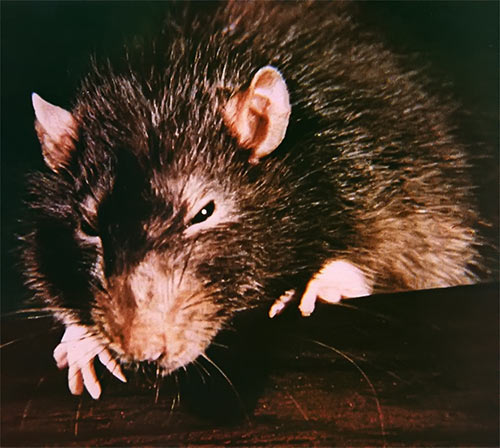