As the son of the immortal Adam Destine and Elalyth, a powerful entity of pure majic, William was born with supernatural gifts that make him more than human.

One of his gifts is an unnaturally long lifespan. William’s aging process has been greatly retarded. This will potentially allow him to live for centuries. During the majority of that time, William can expect to retrain his full physical vigor and strength.

Outside of his agelessness, the exact nature and/or full limits of his powers have yet to be revealed. At first glance, he appears supernaturally strong, fast and agile though much less so than his brothers Walter and Dominic. He also seem to possess a degree of water freedom, and the ability to shield his mind from telepathic intrusion.

William was born into the Clan Destine sometime before his younger sister Samantha was born. More than likely, he was born within the 20th century sometime between World War II and the late 1960’s.

Then the Destine family adopted the “Relative Strangers Protocol”. In order to hide the family’s agelessness, the various members split up across the globe to assume alternate identities. As a result, William found a home in Australia, where he assumed the identity of William “Oz” Chance.

During this time, William pursued a career in acting, and discovered that he was quite good at it. He enjoyed great success in this field. He soon became the star of the “Cap’n Oz” franchise of films.

Then the crime-fighting exploits of his youngest siblings Rory and Pandora revealed the existence of the family. As a result, William was assaulted by several agents of the mutated scientist Lenz on the set of his latest movie not once but twice.

The first encounter was over so quickly that William thought the assault was a prank being pulled on him by the special effects team on the film. Therefore, he didn’t bother to contact the other members of his family.

William’s second encounter with the mutated being did not go as well. He quickly found himself helpless and at their mercy. But to his surprise after a moment they simply faded away in a burst of light. That was before they could question him about the whereabouts of the device they were searching for.

Eventually, William was telepathically contacted by his sister, Cuckoo. She explained the entire situation, including the unfortunate deaths in the family.

Despite his eventual understanding of the events that befell the family, William has yet to re-establish his association with the Clan. He remains in Australia, continuing his career as Cap’n Oz.

He always carries himself well, and walks with a natural swagger. At all times, even when helpless or confused, William appears to be fully confident in both himself and his powers.

His Cap’n Oz costume is very patriotic in design, and was based on the Australian National Flag (formerly the Australian Blue Ensign also called the Commonwealth Ensign).

William is a man that is loving life. He has everything that he wants and wants little to do with any other responsibilities. He comes off as extremely confident, and more than a bit of a womanizer.

He seems to bear a grudge towards the rest of his family, Cuckoo in particular. Thus, Oz has gone out of his way to avoid direct contact with them.

William: “Very well, Taz. But remember, our first duty is always to this fair land. We must be ever vigilant.”
Bruce: “CUT !”
William: “Do you want another take Bruce ?”
Bruce: “No Will, that was perfect. If I didn’t know better, I’d think you really had super powers.”
William: “Just clean living, Bruce.”

“They just splattered — I barely hit them …”

“Stay here, babe. I’m going to teach them some manners.”

“Sometimes, I impress myself.”

William: “Murdered ! Creatures ? What’s been going on ?”
Cuckoo: “Open your mind. I’ll telepath the whole story.”
William: “NO ! I won’t have you worming around in my head. Just talk.”

The Clan is such a minor group within the marvel universe, they could conceivably be inserted wholesale into the DC universe with very little modifications to their backstory.

Instead of encountering the Inhumans, they could have encountered the Amazons or some far flung group of Legionnaires on a trip to the past. Lenz could have been created by Intergang or Professor Ivo or even been one of Luthor’s experiments.

Bonuses and Limitations:
Acrobatics, Evasion and Thief are Powered Skills. 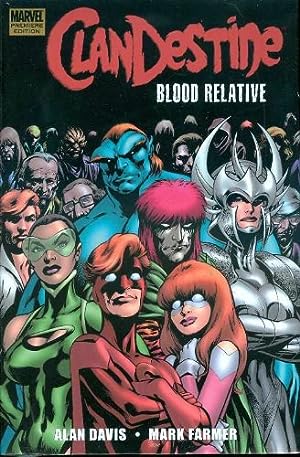 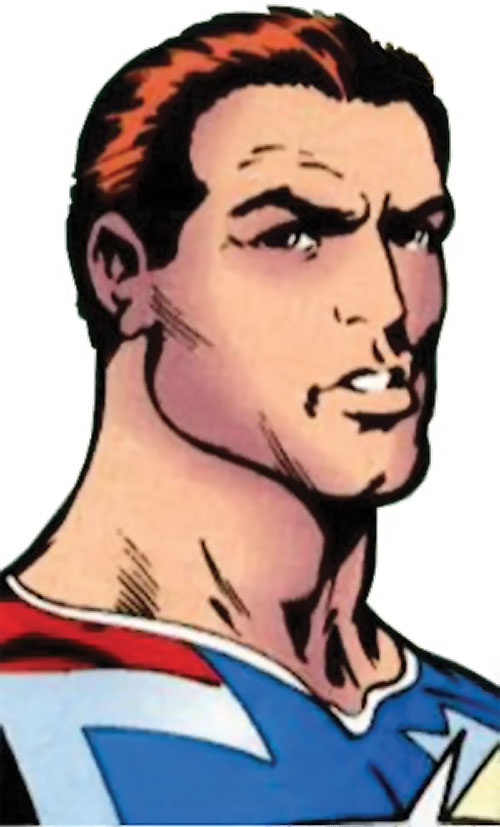 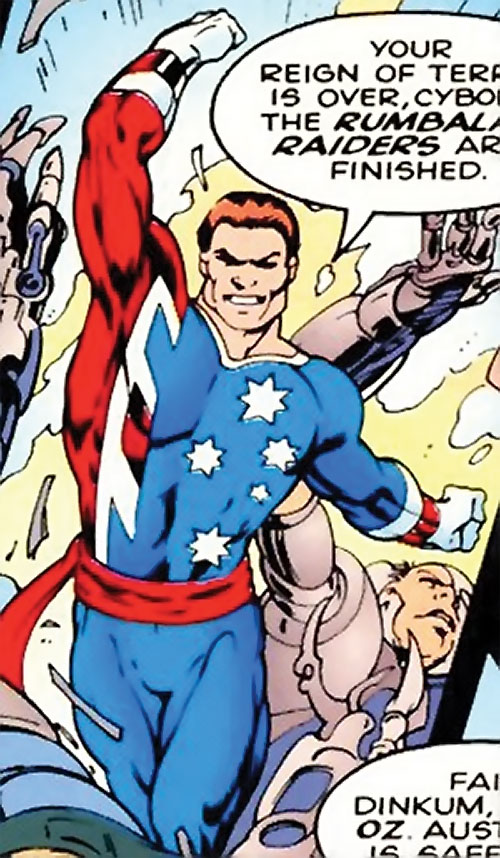 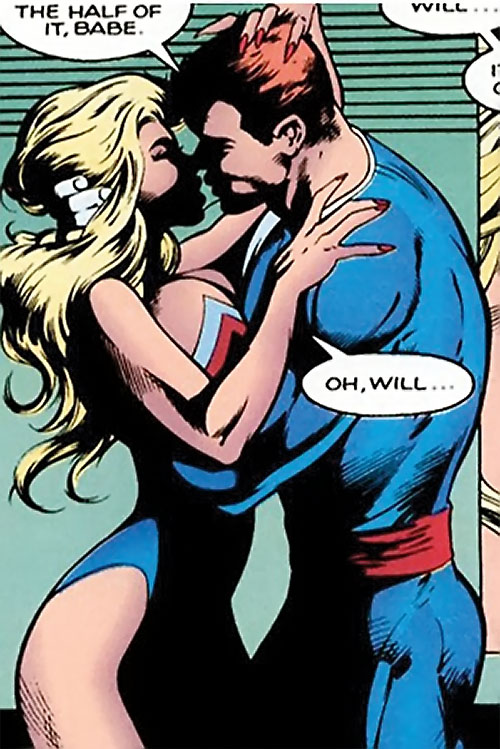