We have a set of chronological entries for Wonder Man – though they’re old and some of them are closer to being benchmarks. We suggest reading them in order, namely :

Wonder Man possesses superhuman strength, durability, speed and stamina as evidenced in the stats above. He also no longer requires food, water or air, since the energy that gives him life is far more efficient and self-sustaining than the biochemical processes that sustain ordinary human life.

Simon Williams was the youngest son of Sanford Williams, industrialist and founder of Williams Innovations. Simon joined the family firm at a young age, and took over as CEO when his father died. At the age of 22, he found himself in charge of a multimillion dollar corporation, and sorely lacking in the skills necessary to run it.

He eventually turned to embezzlement in an attempt to invest in other enterprises to generate enough money to save his failing business.

Unfortunately, his investments were in companies with strong Maggia connections. His board of directors discovered his improprieties, and brought him to trial. He was found guilty, and was facing prison when Amora, the Enchantress, paid his bail and used her wiles to enspell the authorities.

She presented Simon to Baron Heinrich Zemo (Baron Zemo I), who had been following the case. Amora and Heinrich planned to use the fact that Simon blamed the success of Stark Industries to turn him into a weapon against Iron Man and the Avengers.

Simon agreed to Zemo’s plan. He allowed himself to be subjected to an “ionic ray” process that greatly increased his strength and durability. Zemo informed Williams that he was to infiltrate the Avengers, and upon gaining their trust, lead them into an ambush by the Masters of Evil.

In order to ensure Simon’s loyalty, Zemo told him that the process that had granted his power had side effects. These would kill him if he didn’t receive the antidote. An antidote that only Baron Zemo could provide.

Wonder Man, as he was now known joined the Avengers and told them of his sickness. They attempted to cure him by all the means at their disposal, to no avail. Wonder Man led the Avengers into Zemo’s trap, but at the last moment, his conscience told him he couldn’t betray people who had shown him such kindness.

He turned on the Masters of Evil, and saved the Avengers’ lives. After telling the Avengers he was glad his last act had been one of a hero, he “died”, showing no vital signs.

The Avengers took Simon’s body home for burial. Unbeknownst to the Avengers, Wonder Man had not actually died, he had gone into a death like state brought on by Zemo’s mutagenic treatments. His body was stolen by his brother, Eric.

In an attempt to regain his brother, Eric, also known as the Grim Reaper offered to tape the Vision’s brain and copy it into his brothers’ “lifeless” body. When this scheme failed, Grim Reaper fled, taking his brother’s body with him. 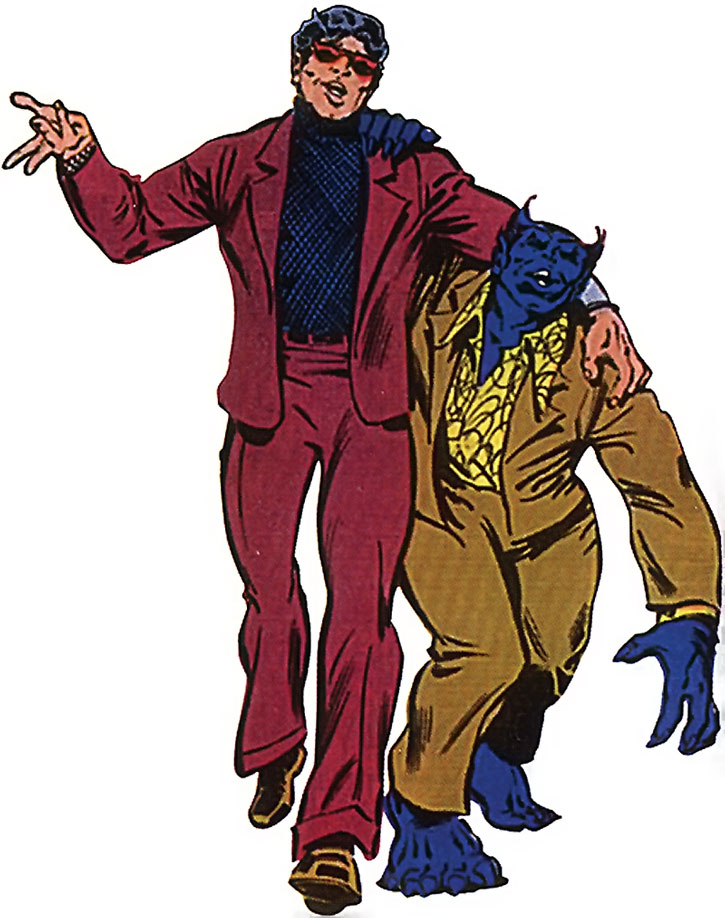 The Grim Reaper then had the Black Talon revive his brother’s body, effectively turning him into a zombie. The zombie was shipped to the Avengers with orders to attack the Vision and the Avengers. After the Avengers defeated Simon’s resuscitated body, it mysteriously began to move about on it’s own.

Slowly, Simon came “back to life.” Upon examination, it was determined that Simon had been in a coma, while his body metamorphosed into an ionic state.

Wonder Man had several adventures in which he was frozen by fear as a result of his death experience. He overcame this in the battle against Korvac, the Enemy. With most of the Avengers down, Simon fought the Enemy, giving his teammates time to recover.

Wonder Man stayed with the Avengers for several more adventures, never really feeling like a hero. Eventually he left the Avengers to pursue an acting career. He moved to Los Angeles, and had a successful career as both an actor and stunt man.

When Hawkeye founded the West Coast Avengers, Simon was there to answer the call. With the WCAs, he finally came into his own as an Avenger. He stayed with the team almost until it’s breakup.

At first, Simon was a reluctant, almost morose hero. His fear of death sometimes paralysed him, and to some made him come across as a coward.

After the Korvac fight, he gained strength and confidence, but was still not a hero, rather a slightly egoistical follower. When he left to pursue an acting career, he discovered a love for fame.

Thing (pointing at Wonder Man) : “Just one thing. I don’t like [poker players] hiding behind shades.”
Wonder Man (takes his glasses off, revealing burning orbs of unearthly fire) : “I can take them off if you wish”.
Thing (jaw dropped) : “Uh, no. You can keep ’em alright” 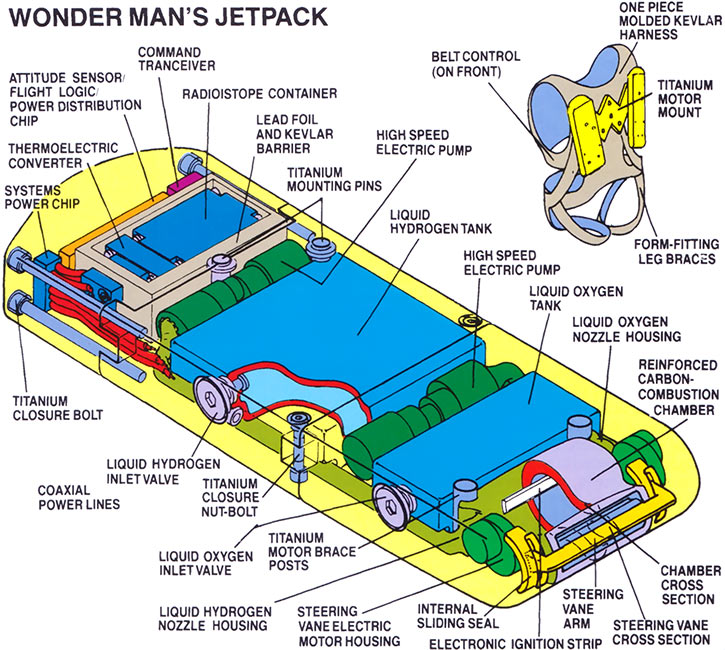 After the Captain Atom Project ended in the loss of Nathaniel Adam, control of the project—and the alien alloy it tested—occasionally drifted into the private sector. In one of these side experiments, a captured aspiring industrialist, Simon Williams, was covered in the alloy, and irradiated with extraordinary amounts of radiation, until he seemingly died.

After a varied career (including working for the Ultra-Humanite, early on), Simon eventually joined the newly reformed Justice League of America, relocating from California to Detroit. After that version of the JLA disbanded, Wonderman (as he was calling himself) worked briefly with the Outsiders, and one version of the Conglomerate, eventually deciding to work freelance.

Bonuses and Limitations:
Density increase is Always On and already factored in.

Drawbacks:
MIA to glory, MIF of death (before the Korvac saga), Uncertainty. 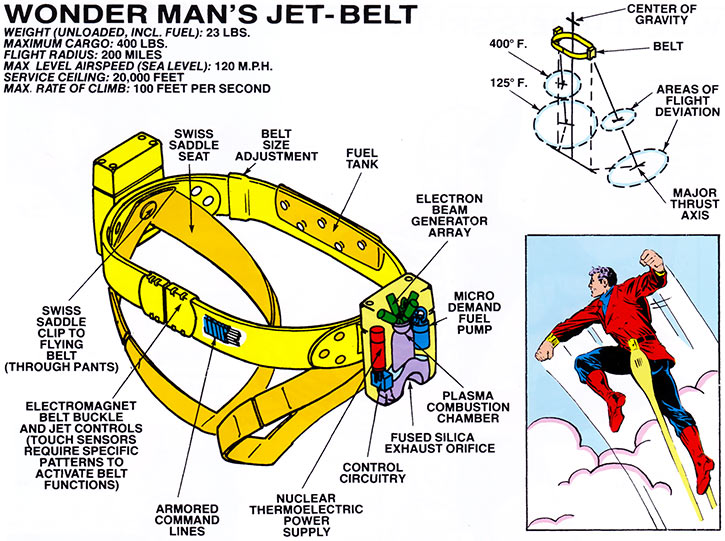 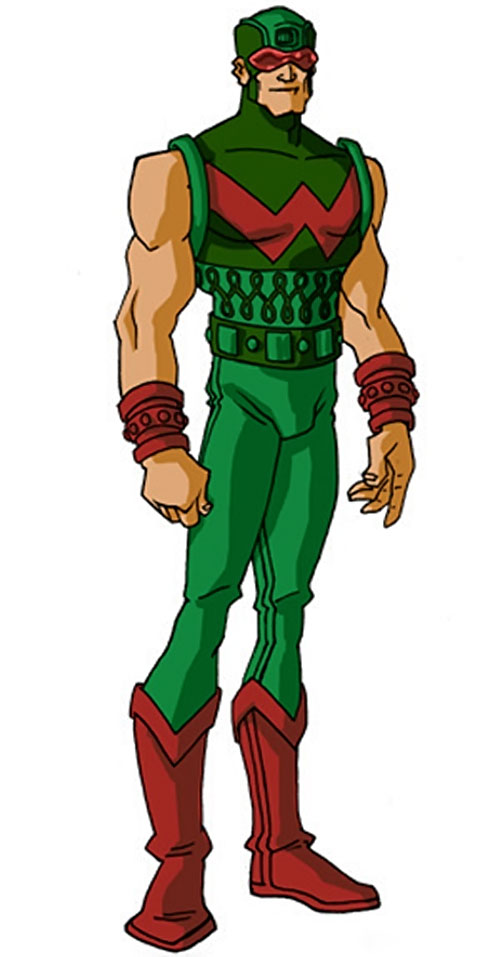 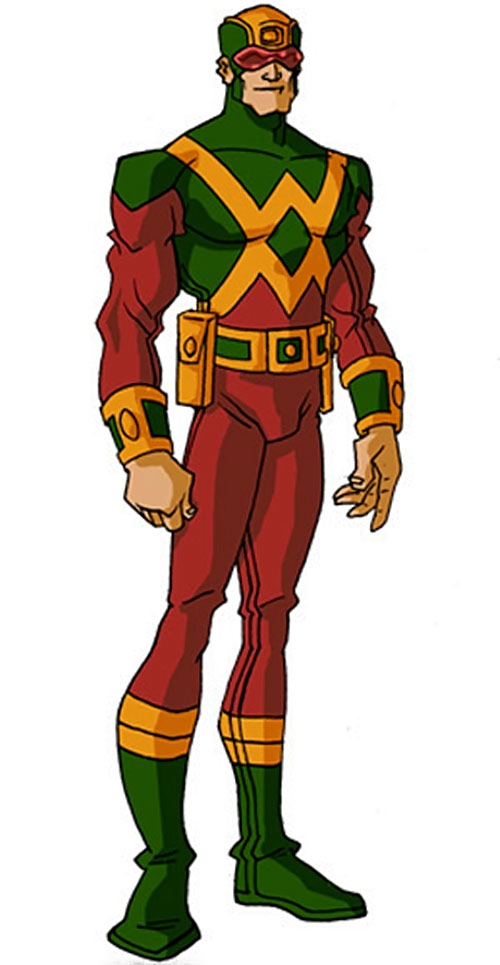 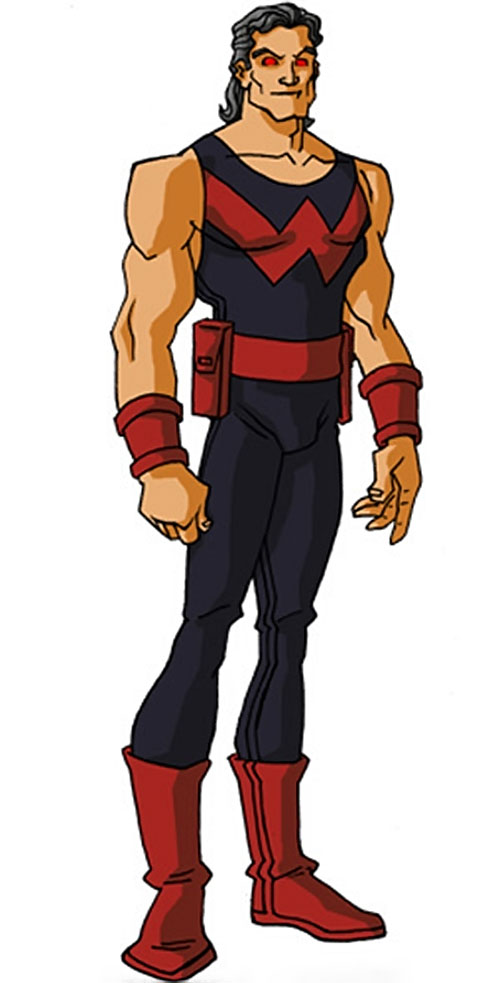