This terrible, terrible thing was a five minutes pilot for a thankfully aborted TV series. It was done in 1967, and was apparently aiming for pop camp à la Batman series with Adam West and Burt Ward (and Julie Newmar).

Most of Diana’s abilities in this profile are guesses. They intentionally match up to the 1966 TV Musical version of Superman, since they probably live in the same reality.

I’ve also made an attempt to fill in (invent) her background and origin from slim evidence in the dialog. To make that work, I have also decided to move Diana’s abilities (such as they are) to her costume, since there’s no evidence to the contrary.

Wonder Woman has the strength of Hercules (in DC Heroes RPG terms, STR), the wisdom of Athena (Danger Sense), the speed of Mercury (Flight, Running), and truly thinks that she has the beauty of Aphrodite, as well.

Other than that, and despite it all, she’s kind of a klutz, and a little dim. She manages to fall out of her easy chair while reading the newspaper. She flies by kicking her legs like Peter Pan.

She does carry a lasso (uses unknown), though. She also wears metallic bracelets that, at a bare minimum, seem to allow her to transform into her Wonder Woman costume.

Thousands of years ago, aliens from Saturn came to Earth and posed as gods near to modern day Greece. They chose Mount Olympus as their base, and captured many humans to serve them as slaves.

After centuries under their rule, a man named Zeus led his family to rebel against the aliens, banishing them for good. Zeus and his family claimed the “magic raiments” (technology) left behind by the Titans, only to claim godhood for themselves.

As the centuries passed, though immortal thanks to the technology of the Titans, the number of Olympians dwindled. Their artifacts were lost to the ravages of time. The remaining Olympians wandered until 1962.

That was when Aphrodite was hired by a small American university to teach an obscure class. In her class was Diana Prince, a shy, clumsy girl upon whom the goddess took pity.

Knowing that her brethren were tired of life, she summoned her remaining family to the United States. She then introduced them to Diana. Inspired by her inability to realize her own ineptness, and desperately wanting to move on, Mercury gave Diana his swift sandals, Hercules gave her his strength-enhancing bracelets, and Athena passed on her “whispering” tiara.

With that, they left. Aphrodite gave Diana a pair of earrings, as well, but not her earrings. She wasn’t quite done with life, yet. They did, however, provide the ability to surprise a person.

Diana, honestly, had little idea that these trinkets were at all important. Therefore, she rushed home and put them away. About four years after, Diana encountered Steve Trevor, a military pilot. Infatuated with the man, she soon realized that he had no interest in her.

Hoping to get Steve’s attention, Diana ran home and donned the gifts that those elderly Greeks had bequeathed her. Instantly, she felt an amazing power passing through her, and so decided (after checking first with her aging mother) to help protect the world (and make sure that Steve isn’t “cheating” on her) as Wonder Woman.

If you absolutely insist, but… Look, that’s five minutes of your life you’re never getting back.

Diana is a fairly pretty, though plain, girl with long, wavy brown hair and dark eyes hidden behind huge round glasses. She seems to be slightly overweight, though that may be her favoring blocky clothing with wide, rectangular patterns.

As Wonder Woman, Diana seems to become a bit less attractive, and wears a simplified version of the standard 1960s Wonder Woman outfit. The main piece is a red halter top that attempts (unsuccessfully) to manufacture some cleavage, on which is the body of a bird presumably intended to be an eagle.

Beneath this, Wonder Woman wears star-spangled boxer shorts and knee-high red sandals. A tiara pins her hair, of course, as well.

She does whine a lot, and seems extremely reliant on her mother. And she seems to be rather desperate for Steve’s attention, seeming to think that he is the only real man that she has met (despite the number of times her mother has tried to set her up). One is left to wonder, in the brief time we get to know Diana, if Steve has any clue she exists, or whether he would care if he did.

“It’s raining cats and dogs. Steve’s plane must be grounded ! Mother, mother, I won’t be having any dinner tonight !”

“The fate of the free world depends on me. This can’t wait. The nation needs Wonder Woman.”

I don’t suggest it.

On the other hand, she could be a post-collegiate Cassie “Wonder Girl” Sandmark, throwing in the towel as a real hero after the original Wonder Woman vanishes. Or vanished and now returns home. Or dies in a near-future.

Drawbacks:
Dependant (Mother), Secret Identity, MPR (Nearsighted without glasses), SIA (posing in mirrors), Misc (Diana’s reflection moves in the direction opposite of what one might expect), Misc (Diana may not spend Hero Points on Character Interaction Attempts with men). 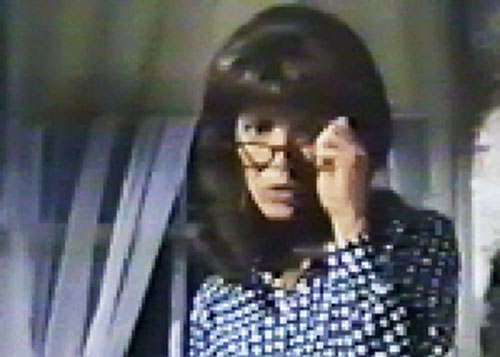 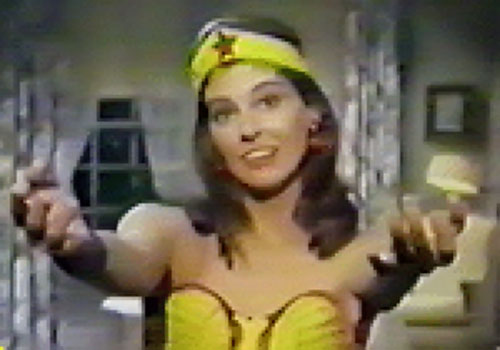 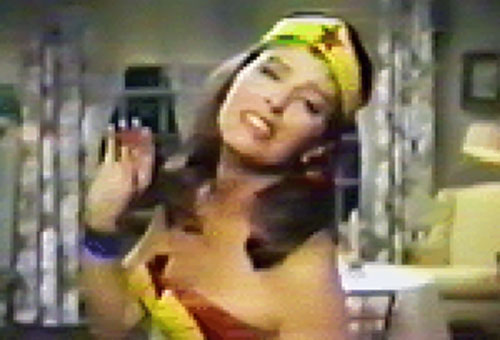