Hippolyte is a wise and adept Amazon, with a very strong personality and having reigned for more than three millennia. Her physical power was augmented even further by the Source.

The History section of our old Wonder Woman (Diana of Themyscira) should be sufficient.

The purple and lavender ensemble is typical of what Hyppolyta wore as the Queen of the Amazons.

For most of her reign Hippolyte was a gentle, wise, loving Queen. She cared greatly for her daughter and her subjects. She acted as a compassionate but firm ruler, a decisive and strong leader. While usually soft and calm, she can quickly shift to being a warrior-queen when needed. 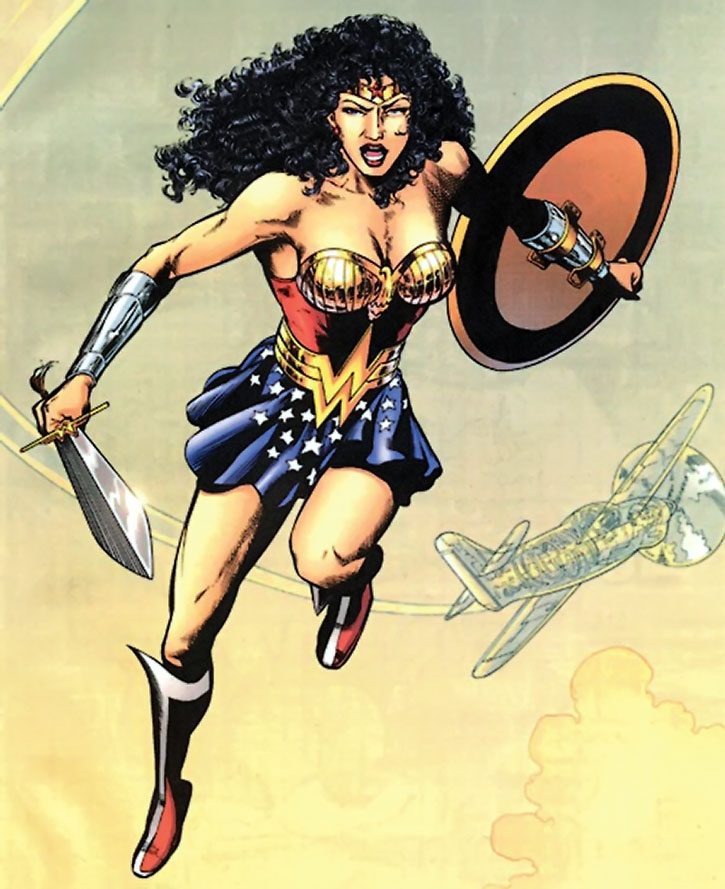 Hippolyte has a regal bearing, and always makes certain she gets what she wants.

Her tragic flaw was her love for her daughter. She loved Diana more than life itself, risking her life for her on various occasions. She was overprotective of her. This character trait reached obsessive proportions after she started experiencing extremely vivid visions of Diana’s death.

The irrational intensity of her decision to protect Diana at this point is easier to understand when one considers Hippolyte longed to have a raise that child for more than 3000 years. Her nature as a mother always gnawed at her fate as a queen.

When she became Wonder Woman she cut loose as a bold, angry warrior-queen. In Patriarch’s World she paradoxically discovered freedom — mostly from her eternal royal duties — and love, in the person of Ted “Wildcat I” Grant. Free at last, she was haughty, very brash and considered herself to be superior to most, especially men.

She also harkened back to her pre-Paradise Island roots, as a roving tribe leader of the Classic age. She had no code against killing, and didn’t think twice about chopping off a man’s arm to, well, disarm him.

Once she had tasted the life of a free warrior — black-haired, sullen eyed, sword in hand, a thief, a reaver, a slayer, with gigantic melancholies and gigantic mirth, to tread the jeweled thrones of the Earth under her sandaled feet — she had troubles resigning herself to come back to her peaceful, sensible burden as a queen.

This shape-changing omni-vehicle was a gift from the Lansinarian’s, a very early human civilization which eventually migrated underground, under Antarctica. Wonder Woman II, along with Cave Carson and his crew (as well as Champion, secretly Heracles) saved the lost civilization (as well as the whole planet) from a catastrophe, and the invisible Plane was given to her in gratitude.

When Hippolyte, acting as Wonder Woman, went into the past she took the Invisible Plane with her.

The “plane”s most common forms are a all submarine, a large stealth-type plane/orbital vehicle, and a large racing cycle. In the 1940s; it morphed into a propeller plane to match surrounding technology. It can grow cannons, but the projectiles are taken from its own mass and take time to regrow.

By Orion and Sébastien Andrivet. 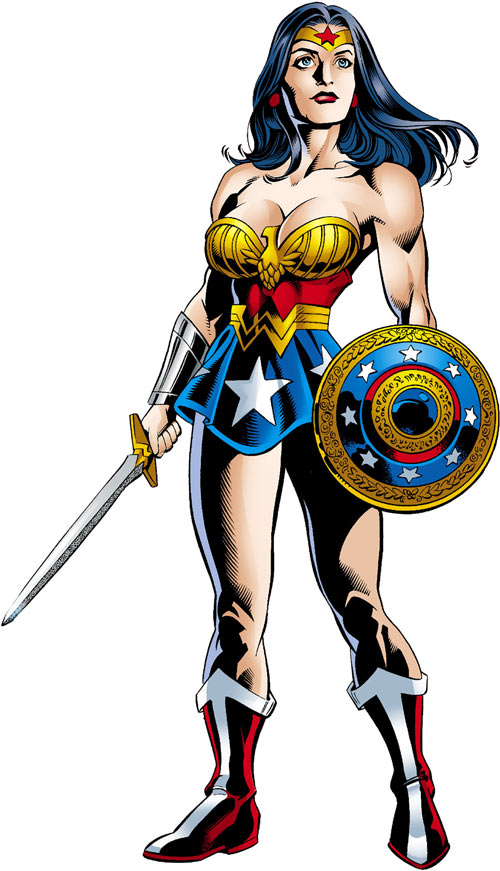