Since so many scenarios require minor foes with unusual moves for martial arts showdowns, such characters tend to get writeups.org profiles.

Laralie is lasso expert. She can reliably ensnare people with her lariat, even in combat conditions. 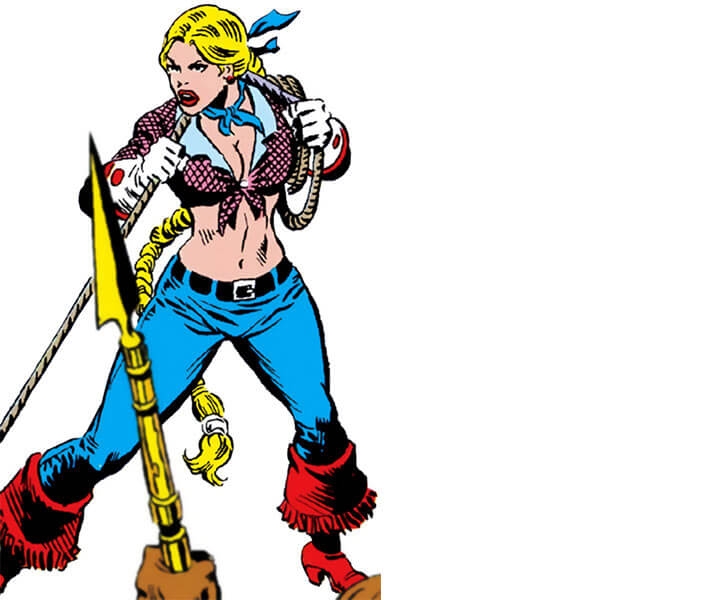 Laralie is a Texas rodeo queen who became a mercenary and assassin.

She was among the 1983 recruits of Damon Dran, the Indestructible Man. This team was to capture the Black Widow (Natalia Romanova). As a part of an elaborate plan to destroy S.H.I.E.L.D..

Although they briefly managed to capture her, Romanova defeated them all, except for the Iron Maiden (Melina Vostokovna).

A rough an’ tumble rodeo queen with a thick Texas accent.

Feel free to put more references to rodeo, longhorns and the cowgirl way of life in your dialogue than others can reasonably accept. Then, add some more. 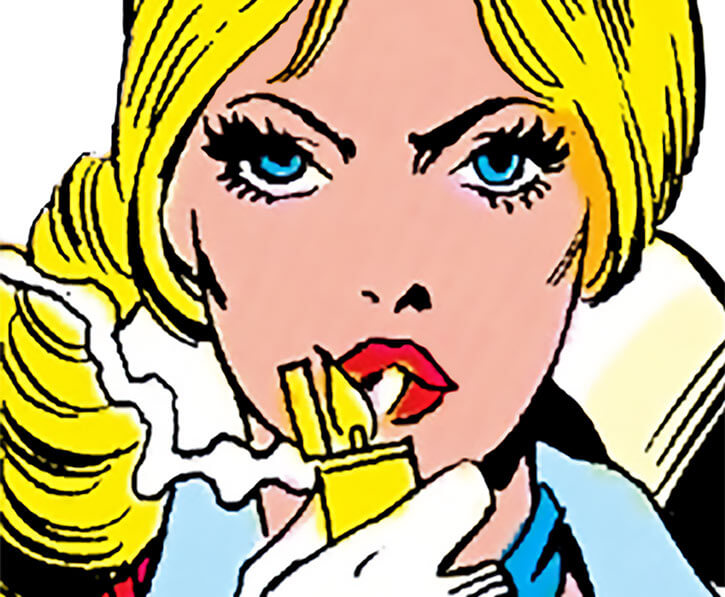 “Whoah ! Somebody gimme a hand with this heah varmint !”